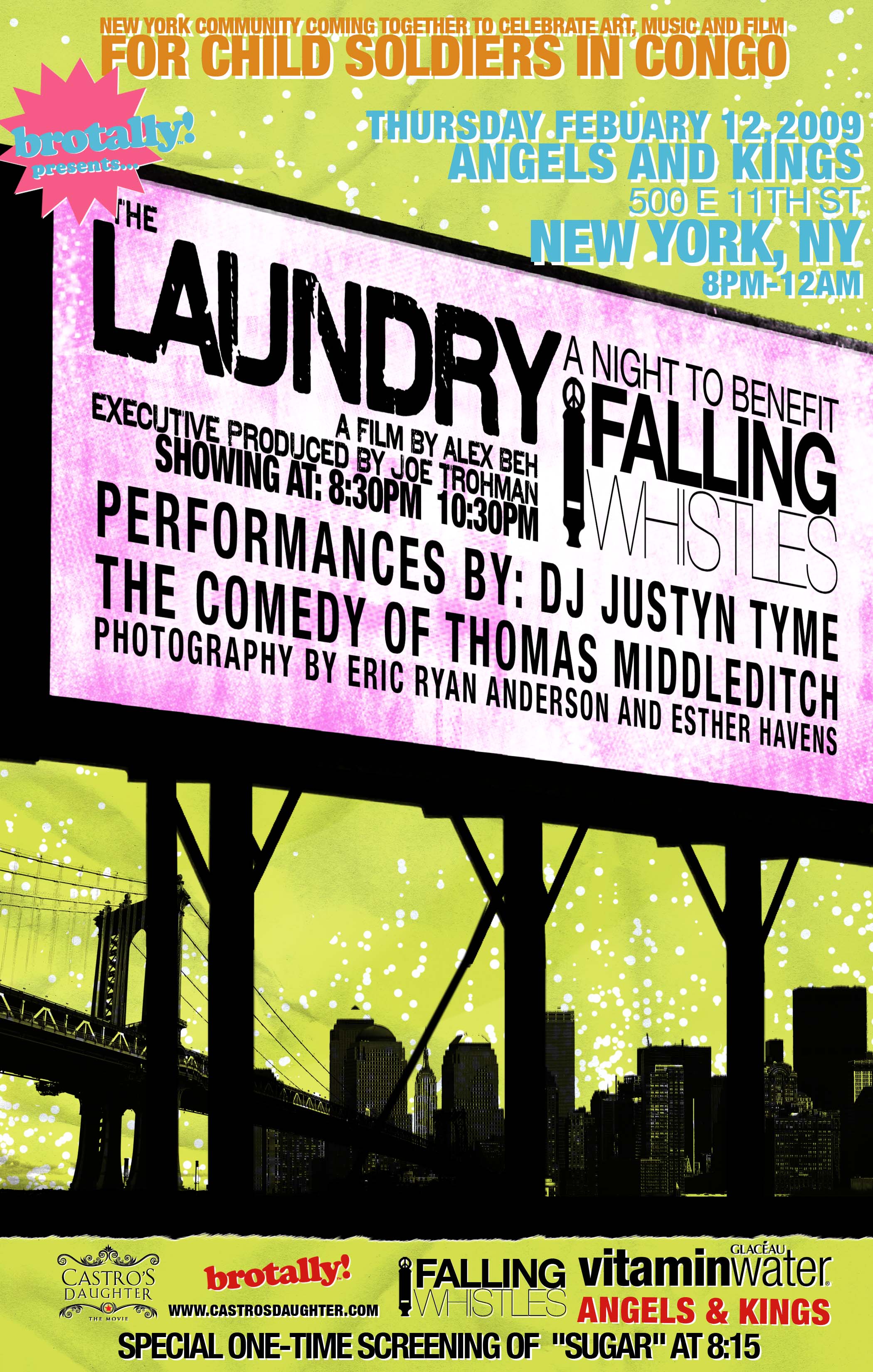 Alex Beh of Brotally!, the first to sit down with me for a Ten to One, is in New York this week to promote his new short film.

Thursday, alongside Sean Carasso of Falling Whistles, Alex will host a benefit/screening meant to raise awareness for the war being fought by the youth of the Democratic Republic of Congo. To kick off the event, Mr. Beh will show screenings of his first short, the award-winning Sugar, and his latest, The Laundry, which was produced by Joe Trohman of Fall Out Boy, and features Tony Hale of Arrested Development. The night will include sets from stand-up comedian Thomas Middleditch and DJ Justin Tyme.

If you see a guy with thick-rimmed glasses wearing plaid, stop me and introduce yourself!