“Maybe we can get away with the old ones after all.” 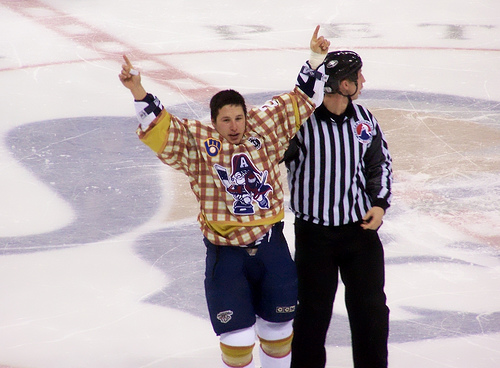 In middle school, while other boys dreamt of becoming the next Michael Jordan or Ozzie Smith, I wanted to be Bob Costas. I admired sportscasters like Jim McKay, Marv Albert, and Jack Buck for their ability to spin a trivial sporting event into a life-altering moment with drama tantamount to Shakespeare. I also admired the ones who didn’t take themselves too seriously.

Affectionately known as Mr. Baseball, Bob Uecker with his garish jackets, his Wrestlemania appearance, and of course his short-lived acting career, takes the cake. A Milwaukee institution, he was honored by minor league hockey team The Admirals with “Bob Uecker Night” reviving a jersey once seen in a team commercial featuring Mr. Uecker.

The Baseball Almanac has a comprehensive listing of his classic quotes.12