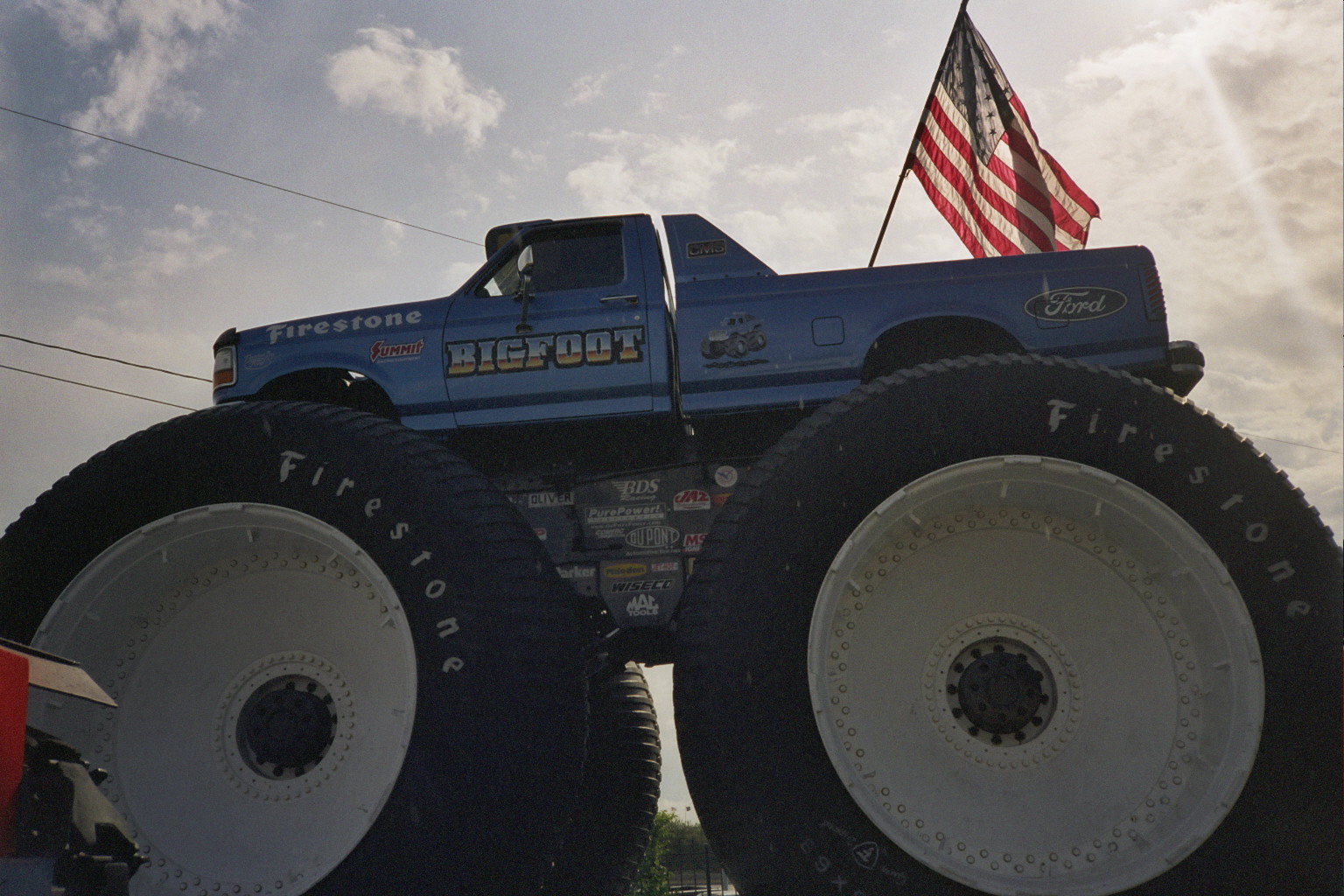 In some parts of America, people sleep late on the weekends and celebrate the end of another work week with a feast of mimosas, bloody marys, and full, hearty breakfasts. In others, they wake up early, flip on their Evinrude and fish until the sun hangs in the high above. In Missouri, we shake off our easy-drinkin’ Busch Light hangovers and drag ourselves — and our kids — to the (Sunday! Sunday! Sunday!!) Bigfoot 4×4 Open House. 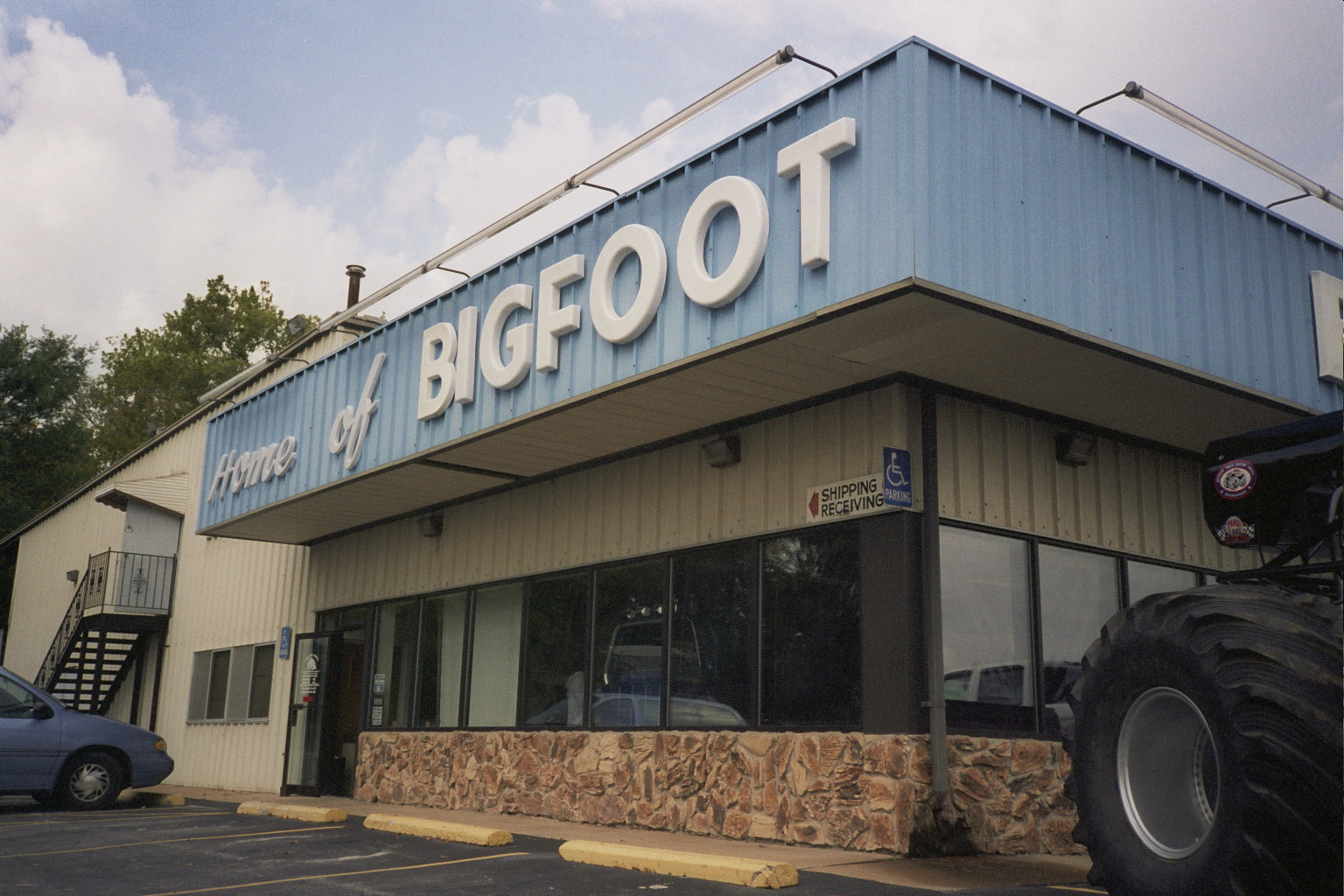 Well, this Saturday, that’s exactly what I did. 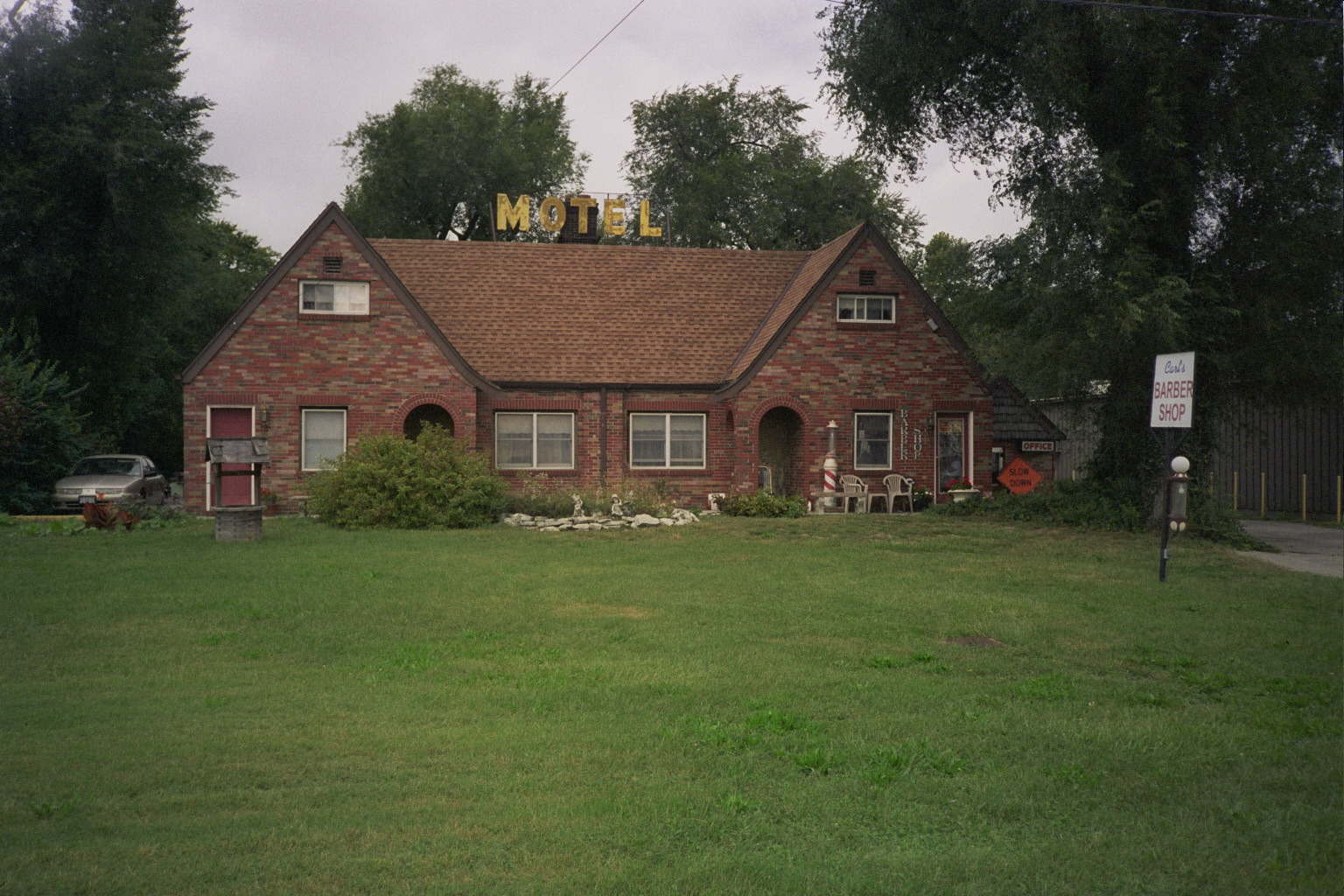 Thirty minutes before the event was even scheduled to begin, I arrived to a line of at least thirty cars in various states of disrepair. I was forced to park about a quarter-mile away, in front of the Airport Motel. From the screen door of Carl’s Barbershop, attached, I could hear Kirk Herbstreit’s tough guy voice blaring from tiny television speakers (the motel has cable). But nothing, not even college football, could distract me from what was waiting just around the bend. 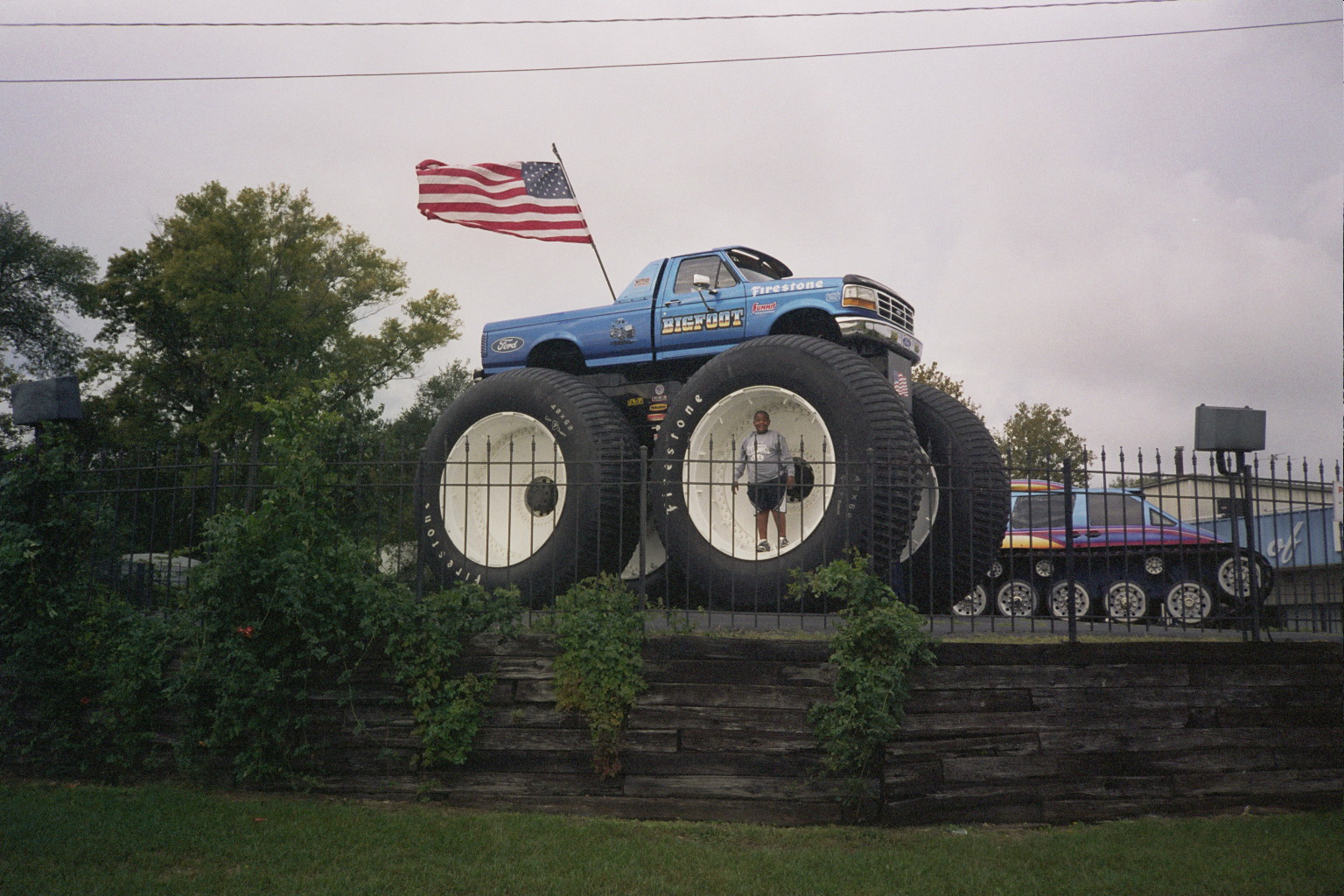 Bigfoot #5, swallows a small child in his ten-foot-tall tire, created in the 1950s by the US Military to conquer the tundra of Alaska 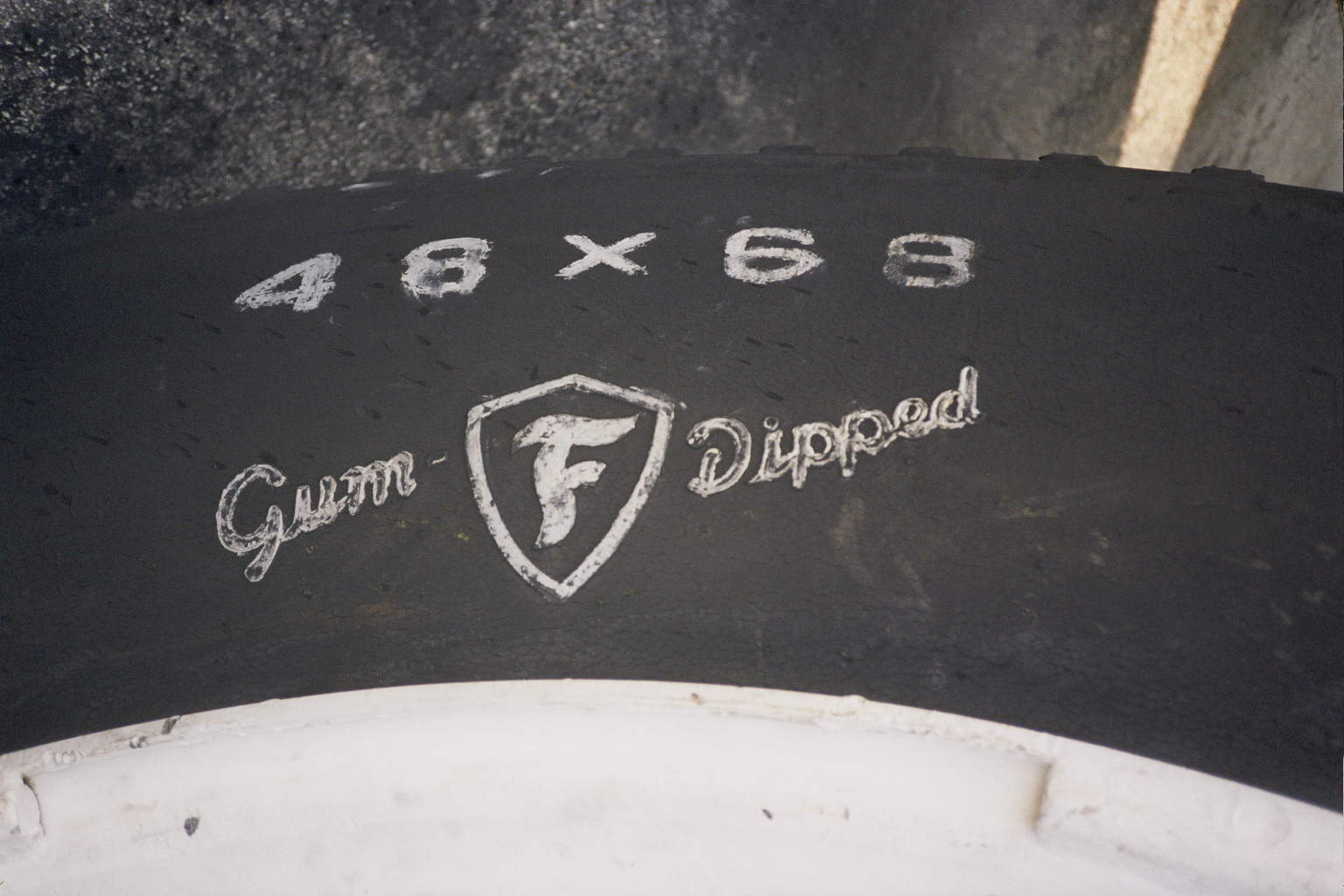 In the mid-1970s, when Bob and Marilyn Chandler, owners of a Ford F-250 4×4 pick-up (4×4 or four-wheel drive means all four wheels receive torque from the engine simultaneously) noticed a potential market, they opened the Midwest Four-Wheel Drive and Performance Center. As a promotional tool, Mr. Chandler tried new parts on his own truck, and by 1979, the souped-up Ford was drawing crowds. On the fourteenth of June, 1974, Mr. Chandler tried and succeeded in driving the Jose Canseco of trucks over some junk cars and a new sport was born: Monster Truck Rallies. Bigfoot would help Ford’s F-series to become the number one selling vehicle in the world. 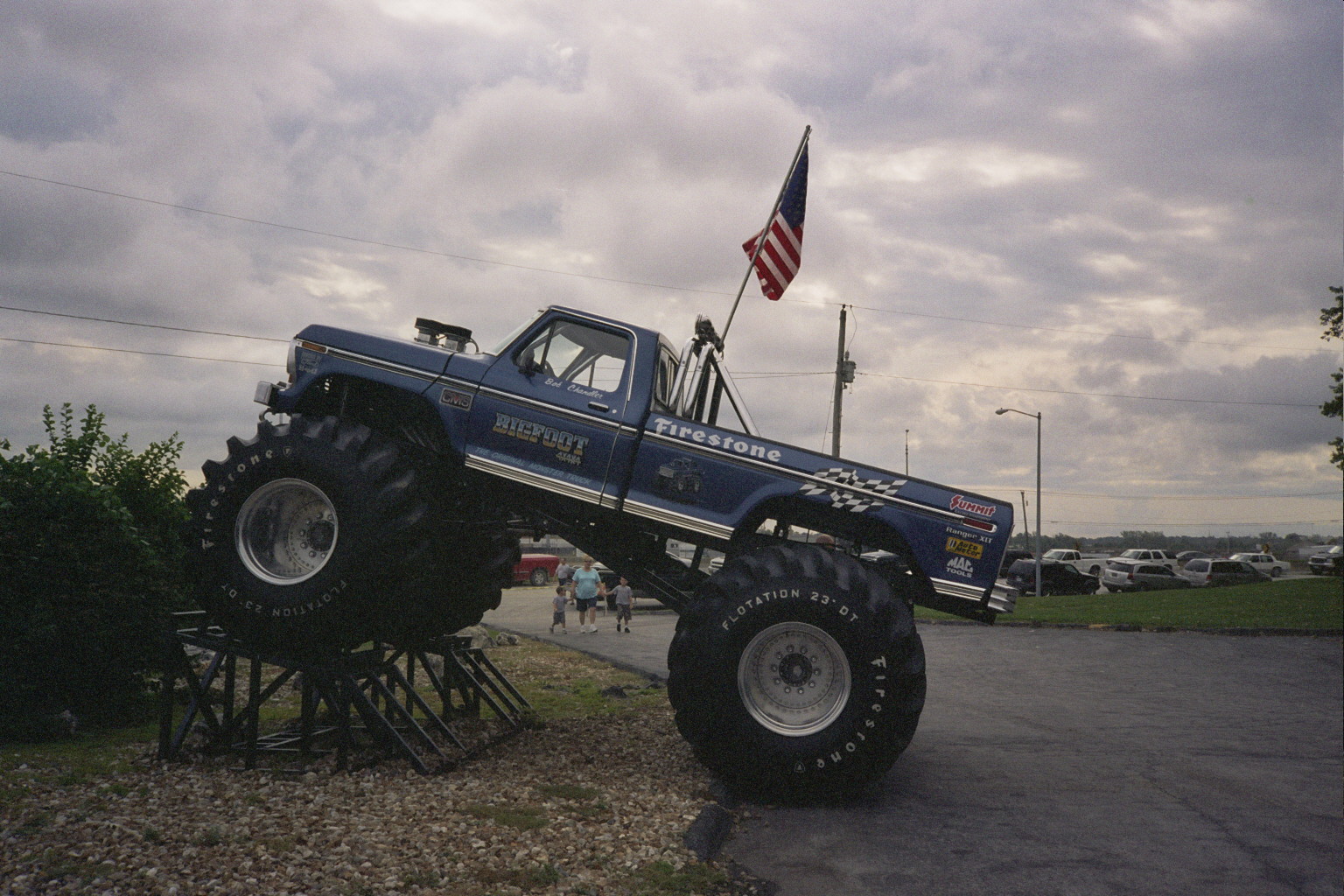 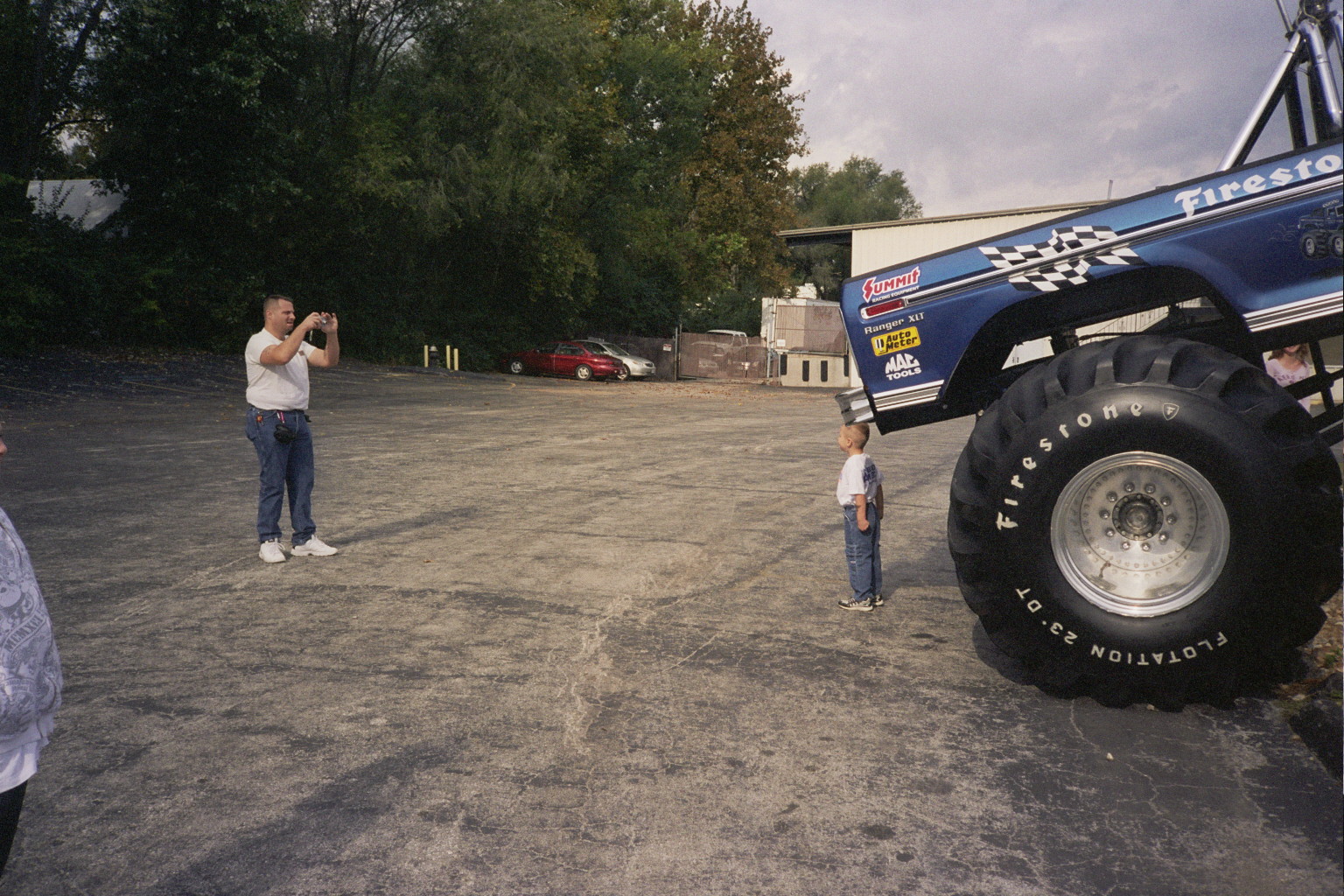 This is My America 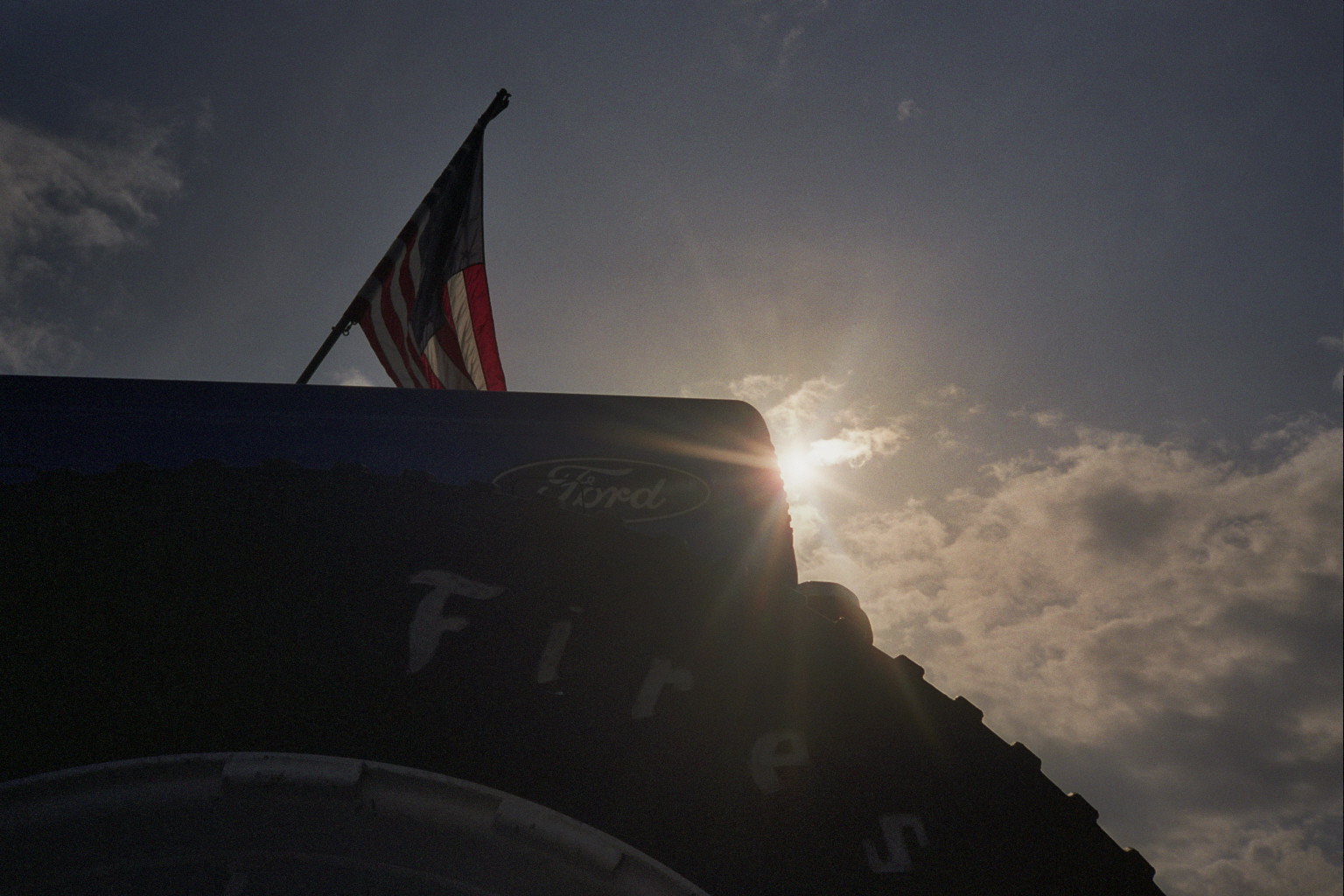 Firestone, Ford, and The US of A 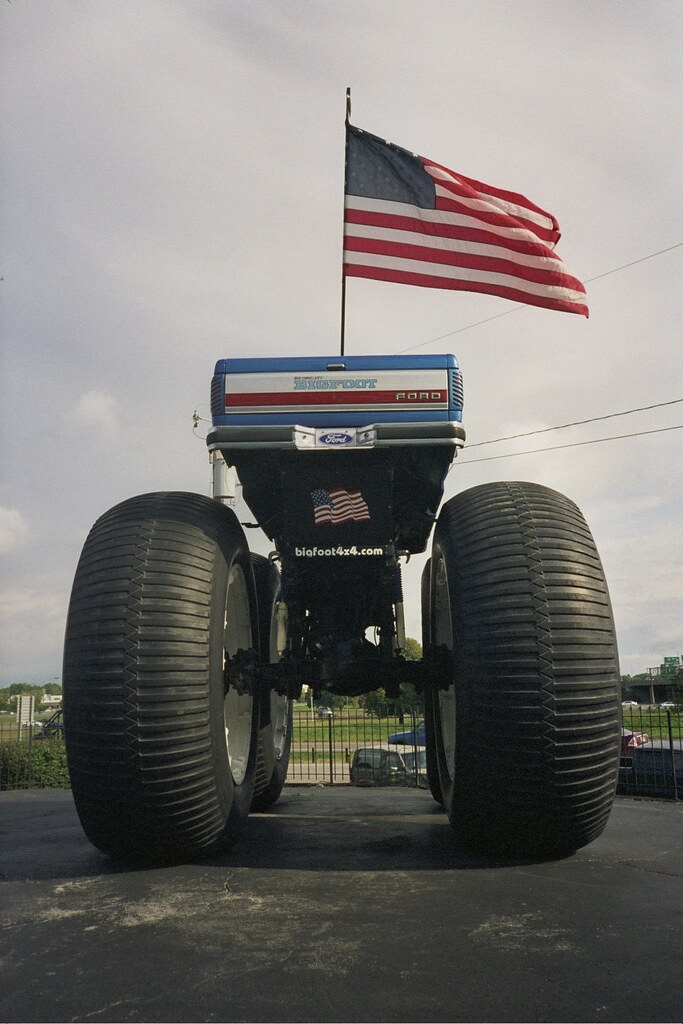 Growing up, while I do vaguely recall going to one rally, had I known Bigfoot haunted the woods just twenty minutes from my parents’ house, I would’ve sought out events like this weekend’s Open House far more often. However, I’ve been assured by several of the employees of Big Foot 4×4, Inc. that at least one truck is always on display at their home office. For most of the year, several of the seventeen Big Foots, all still fully functional, never get a break, crunching cars much to the delight of adoring fans the world over. 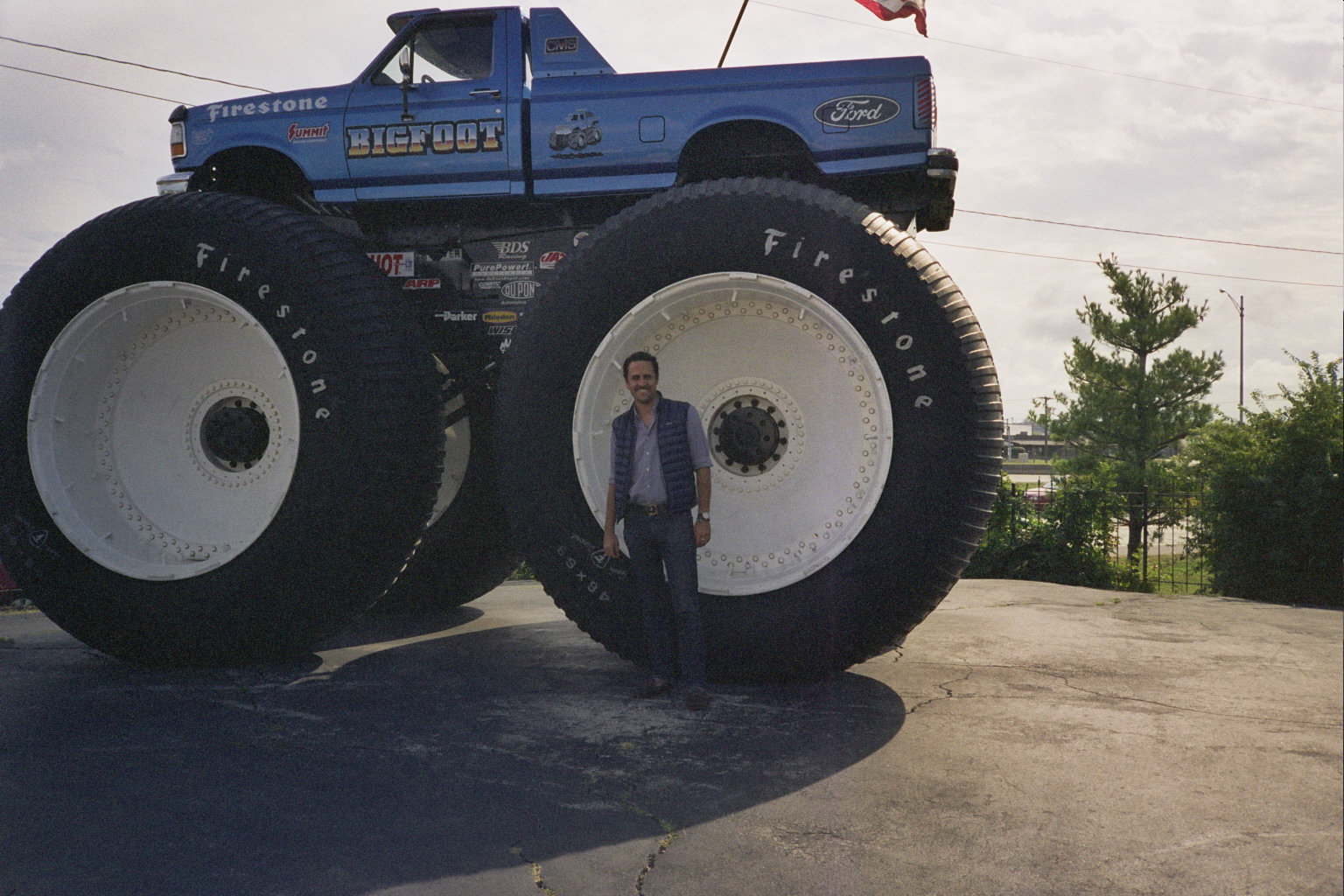 And here I stand, born again, one of millions of Monster Truck fanatics. So the next weekend one of these anabolic automobiles rolls through your town, as Larry Supermouth Huffman would say, “BE THERE!”

For more of my visit to Bigfoot, be sure to visit Flickr.