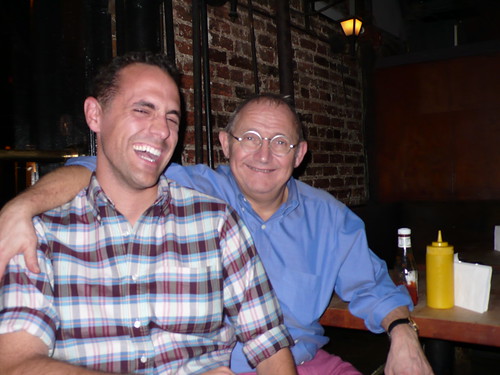 Trevor Gulliver, owner of St. John Restaurant in London, made a funny.

I had the cab drop me off at the Tick Tock Diner in front of Penn Station. Trevor had just taken three of my business cards and muttered something about “tossers” before crumbling on all fours in front of The Ace Hotel, only slightly worse for wear than he was hours before when we’d convinced him to join us for burgers. I glared at my Timex. 4:45 AM. The pitch sky could have told me that. In an hour and fifteen minutes, I would be headed for the airport. I dragged myself, luggage and all, into the day-bright diner. Bounced in the booth like I was driving a bumper car. The no-nonsense server asked for my order. I believe I said “milkshake,” and what came was chocolate. Fine. 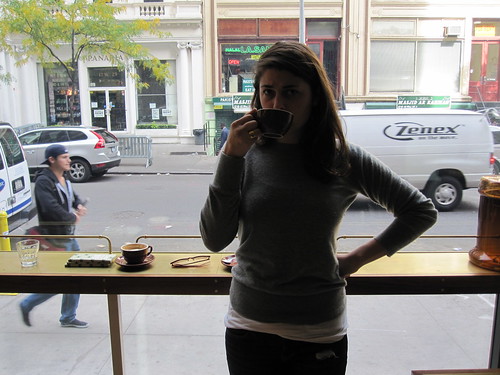 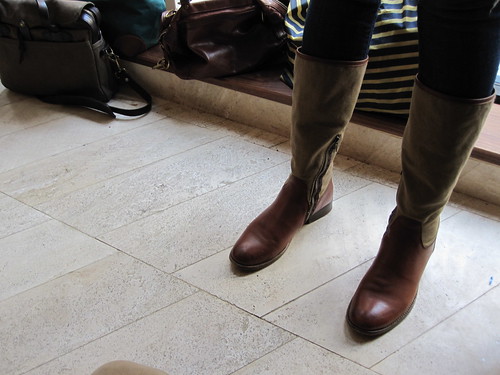 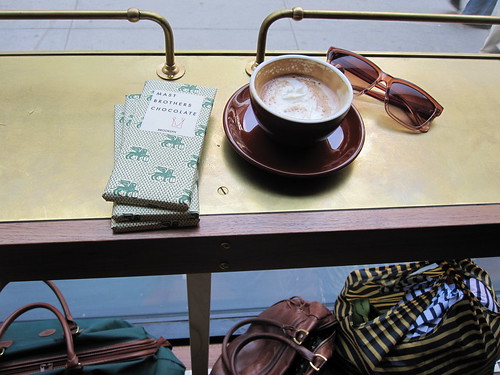 A day spent with my dear friend, Mary Randolph Norton testing several varieties of Stumptown Coffee, first at Freemans and then at The Ace Hotel, left me jittery as all get out. I walked it off — by my count, roughly 45 blocks. I crashed right around the time I arrived with Secret Forts at the L.L. Bean Signature event. No problem. I scarfed every thumb-sized lobster roll to swim my way, I smoked a ton of salmon on tortilla chips, and I raced two bottles of Geary’s. The red bottle, the one in my left hand, won.

Finding myself back at the Ace, where a good-looking group of Beaners had gathered, I was all smiles and introductions, “She’s a chef-cum-skorts designer. He writes poetry about emus and moonlights as a bartender in a tattoo parlor.” It was shaping up to be a great night.

As I returned to the hotel from hailing a cab and a goodbye kiss, I had to rub my eyes. Was it? It was. I’d seen him a few nights before on a rerun of No Reservations. Fergus Henderson, famed chef and author, the reason Rilettes are served on menus, the reason I know how to pronounce Guanciale, the greatest thing to happen to the pig since Pork Rinds, was standing out front, smoking and talking with a group of similarly shod Englishmen.

Metaphorical fist to forehead. Idiot, I thought to myself. Had I just thanked him for food?

Of course he graciously accepted, and as we talked, I learned he was in town to cook at The Spotted Pig and to help open The Breslin at The Ace Hotel. I mentioned that two friends, food writers Nick Kindelsperger and Blake Royer authors of The Paupered Chef, the reason I’m familiar with the man, had been present on one of the nights he cooked at The Pig on his last visit.

“Did they like it?”
“I think they did, yes.”
“Good. Good. Wouldn’t want to upset any writers,” droll. The man is very droll. 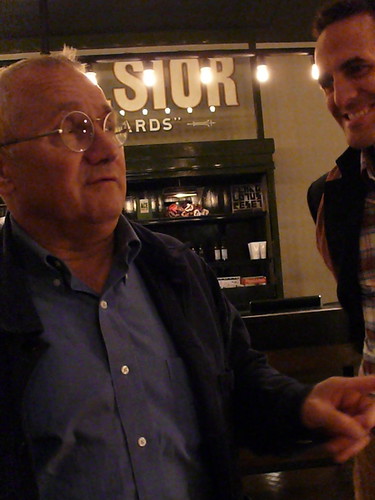 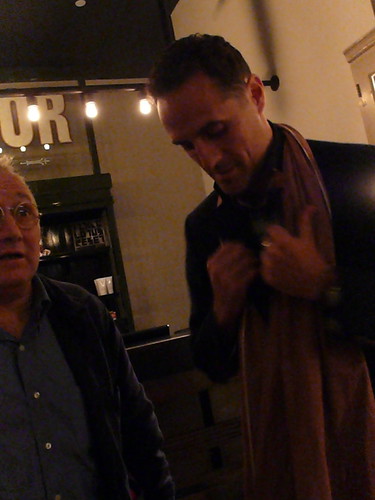 Scarf c/o The Hill-Side. Look for it this spring.

As we headed inside, I watched as Fergus and his gang weaved their way, unrecognized, through the collection of flannel and denim that’d gathered post-Bean. As I made my way to their table, Fergus waved me over, introducing me to his group. One man, Trevor Gulliver, the co-owner of Fergus’ restaurant St. John, the Nose-to-Tail Mecca of London, if not the world, was particularly compelling. His method of bumming a cigarette, ripping the filter off, and making sure it found its way into a manhole cover was something to behold. He was wearing round metal Cutler & Gross frames, a French work jacket, and jean-cut trousers that were the color of a HoneyBaked Ham at a Christmas lunch. 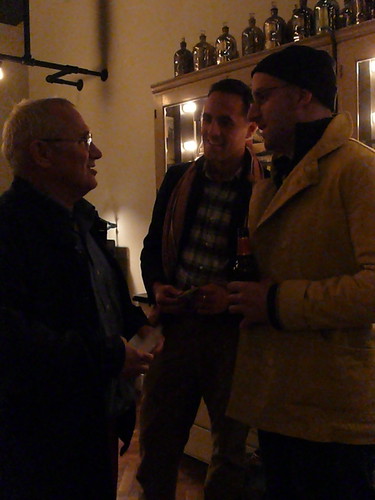 Emil and Trevor teased one another all night.

The night wore on. My group decided to get food. On the way out, I bumped into Trevor. Drunk with confidence or perhaps vice versa, I muttered “Want some food?” It just so happened, he was heading to the front desk to ask about burgers. “Corner Bistro!” Emil Corsillo of The Hill-Side was adamant that their burgers were shit two years ago, but that they’d turned things around. Trevor returned to his table with the information. No one could be roused. They’d waded deep in the Merlot since take-off from Heathrow.

Trevor hopped in our cab. Over Bistro Burgers, he proceeded to mutter incoherently nonstop for the next few hours. Of the little information I managed to gather, all of it was priceless. He offered war stories from the kitchens of his past, anecdotes from his four New York Marathons — impressive considering the way the man smoked — and some of the most sound advice I have ever received in my life.

Settled into my booth at the Tick Tock, as I rested my phone on the tabletop, it jumped like a jackhammer. In a text message, Mr. James Wilson called the night, “Epic.” Emil apologized for my early flight. He sent another four text messages. James did too. It could have been the shock I received from my crummy flip phone, or it could have been the barrage of text messages, or it could have been this unique encounter with this unique man, but I’ve never felt more full of energy than I did at the crack of dawn, sucking back a five dollar milkshake, and attempting to piece together what had just happened. Epic, indeed.

*For another take on the night, read Mr. Wilson’s breakdown on Secret Forts. Photos c/o apo & SF (Thank you!).
**For additional coverage of The Hill-Side, see the write-up on all plaidout.