On October 19th, Brooks Brothers will unveil its collaboration with Emmy-award winning costume designer Janie Bryant, whose work for the hit AMC TV show Mad Men has garnered much attention in the show’s first three seasons. To celebrate, Tuesday night, at their Madison Avenue flagship, Brooks hosted Ms. Bryant and several of the show’s cast members for a swingin’ cocktail-infused shindig. 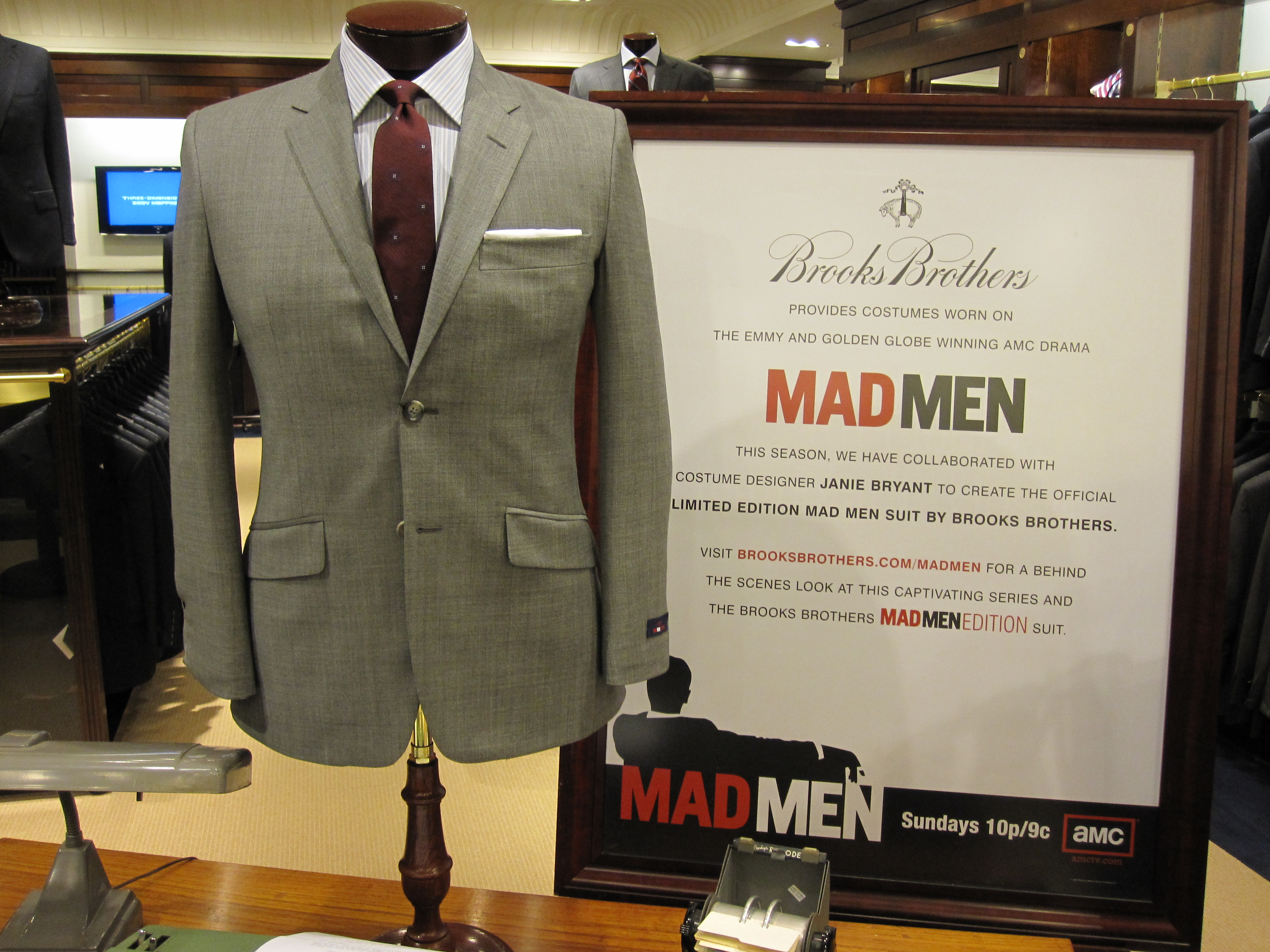 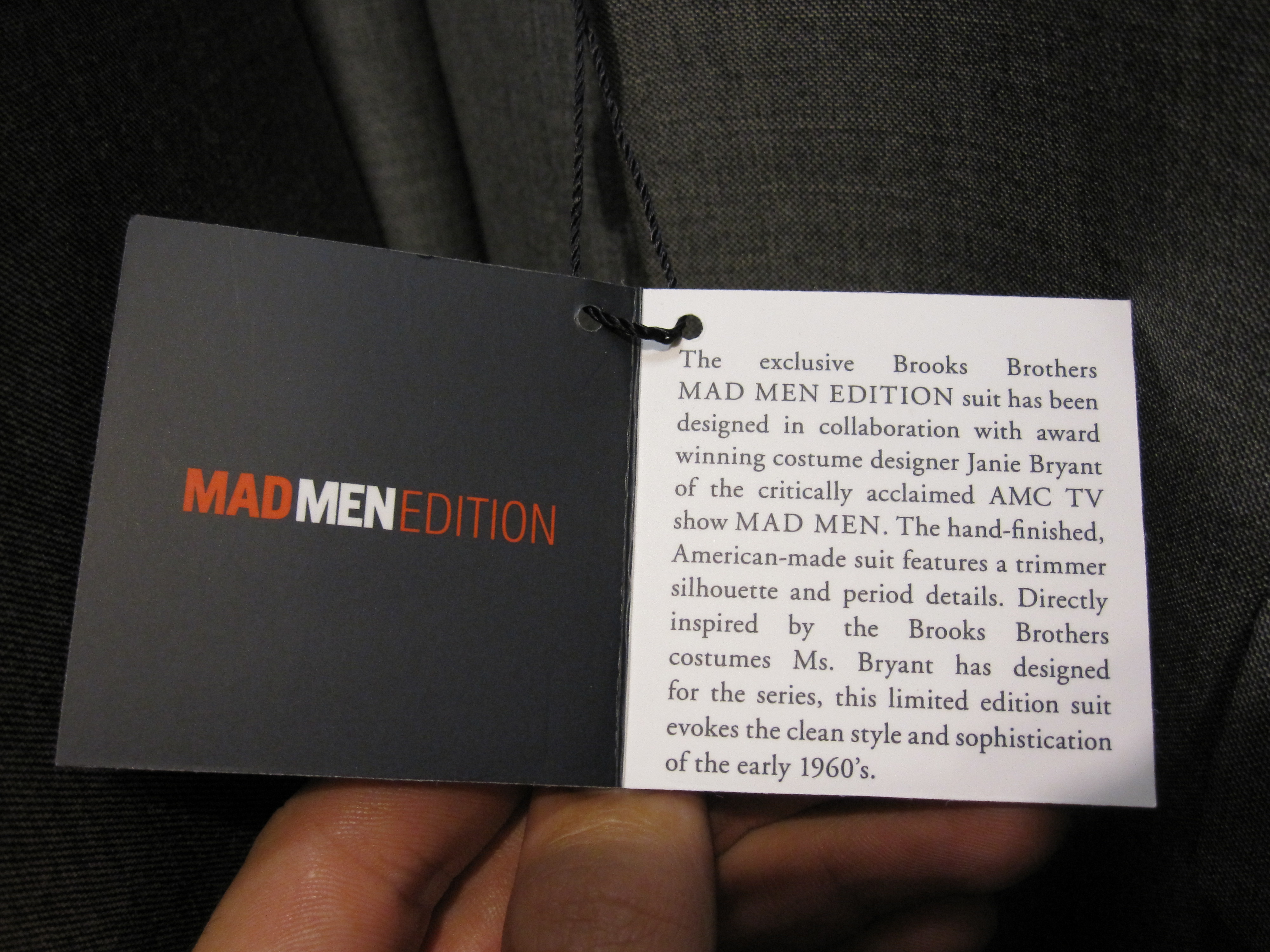 Offered in what Brooks is calling a “static” grey fabric, the 2-button jacket features narrow lapels, diagonal pockets, and side vents. Flat front pants round out their version of the classic sharkskin. They were made in the USA, at the Brooks-owned Southwick factory in Haverhill, Mass. 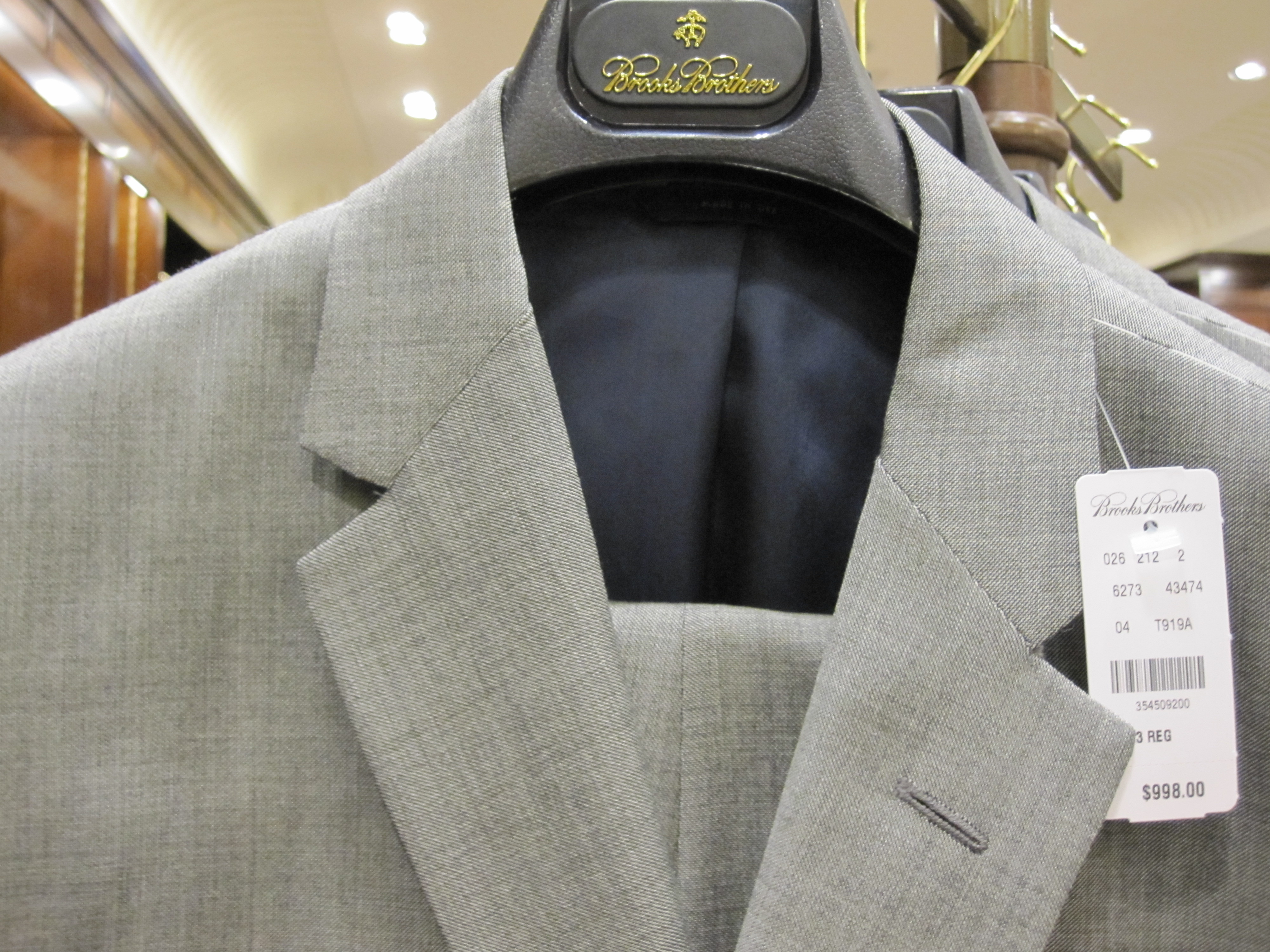 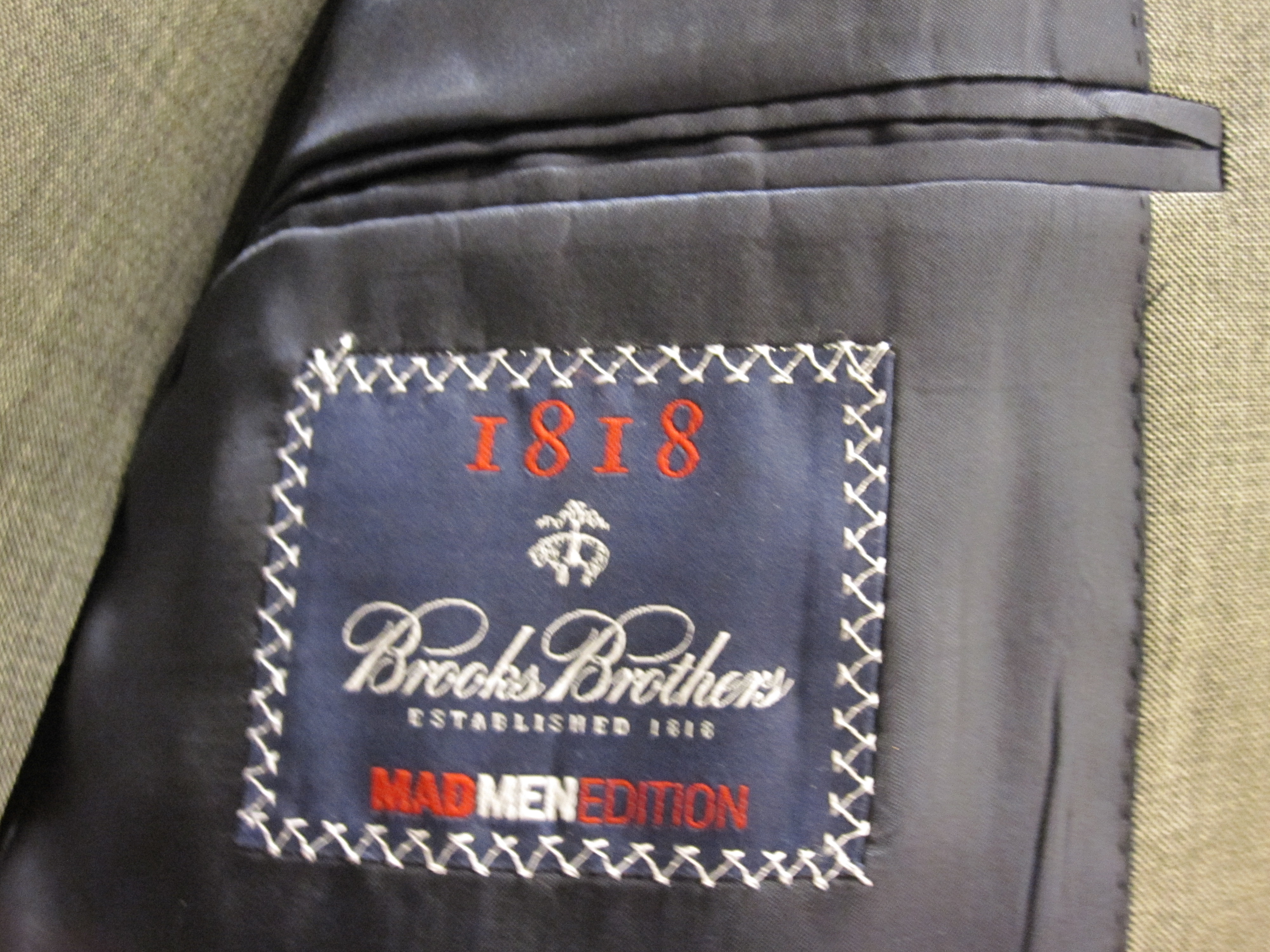 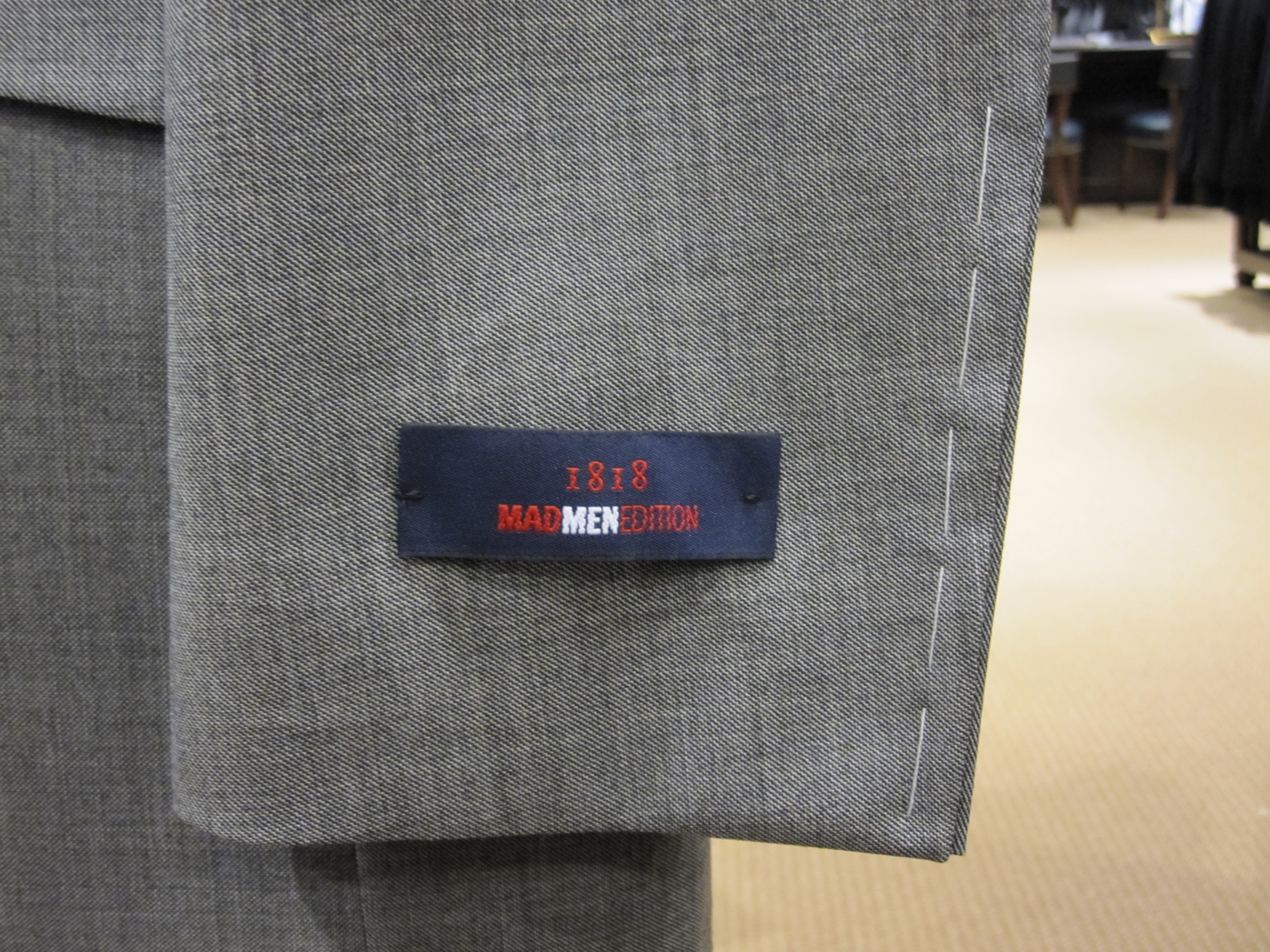 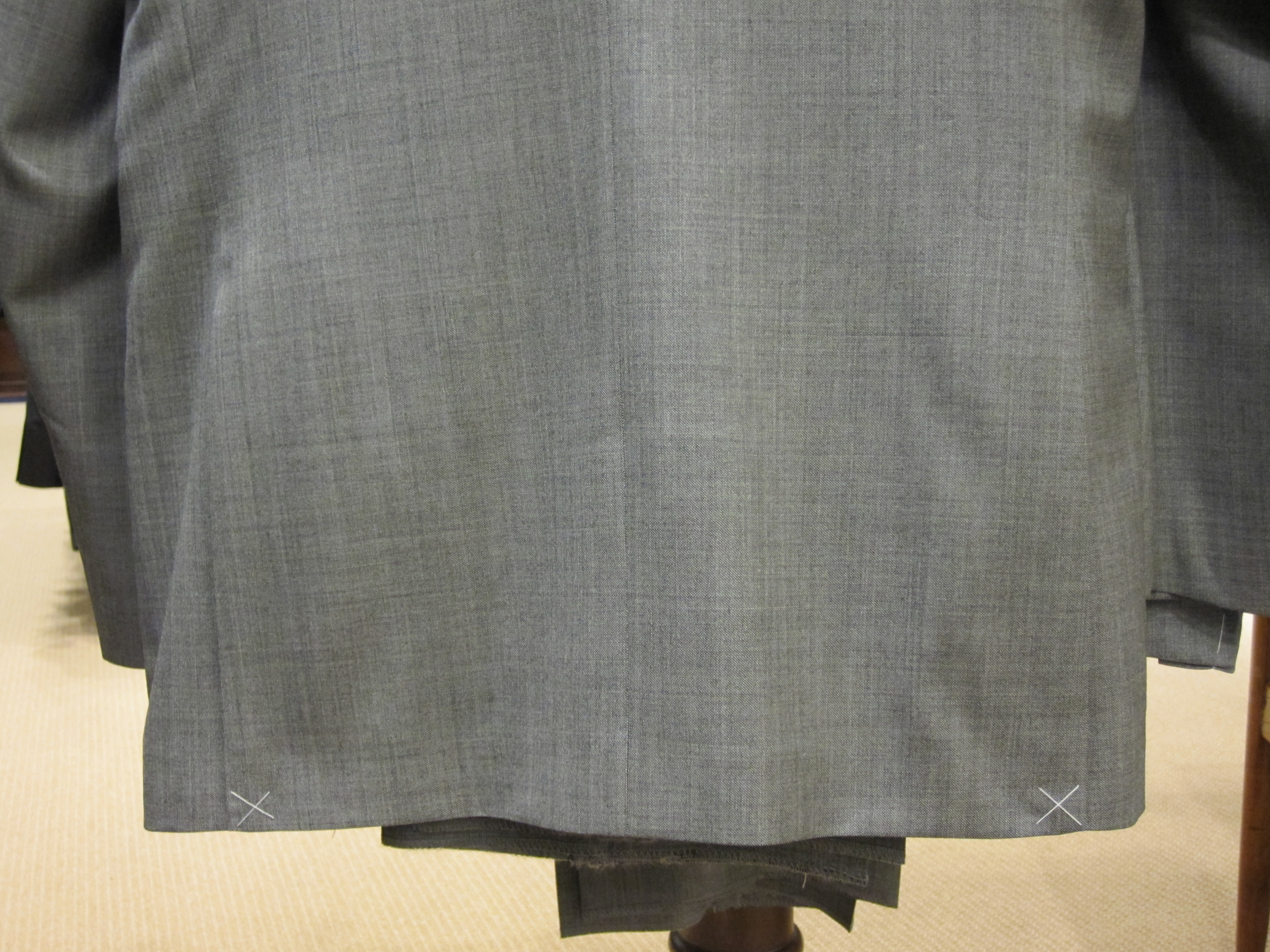 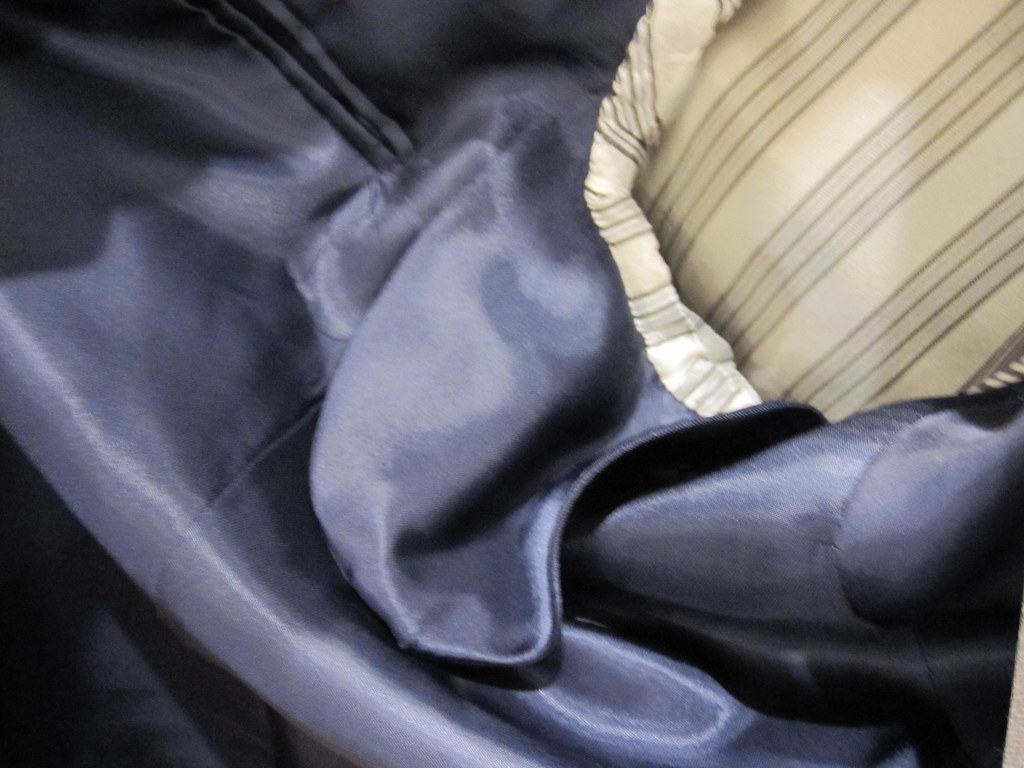 Extra satin around the armpits. My friend Jack said it is the “key” to a good suit.

The limited edition suits — only 250 were made — will be sold at $998.00 online at brooksbrothers.com and at various locations nation-wide. I was fortunate to try one on while at the event, and similar to Brooks’ Fitzgerald collection, these feature a nice, high arm hole and a trim fit — possibly trimmer. In all, it is a classic suit, one every man should own at some point in his life. Those who question its authenticity should know, more than once, while wearing my vintage 60s-era sharkskin, I was stopped by fellow party-goers and asked, “Oh, is this it?” 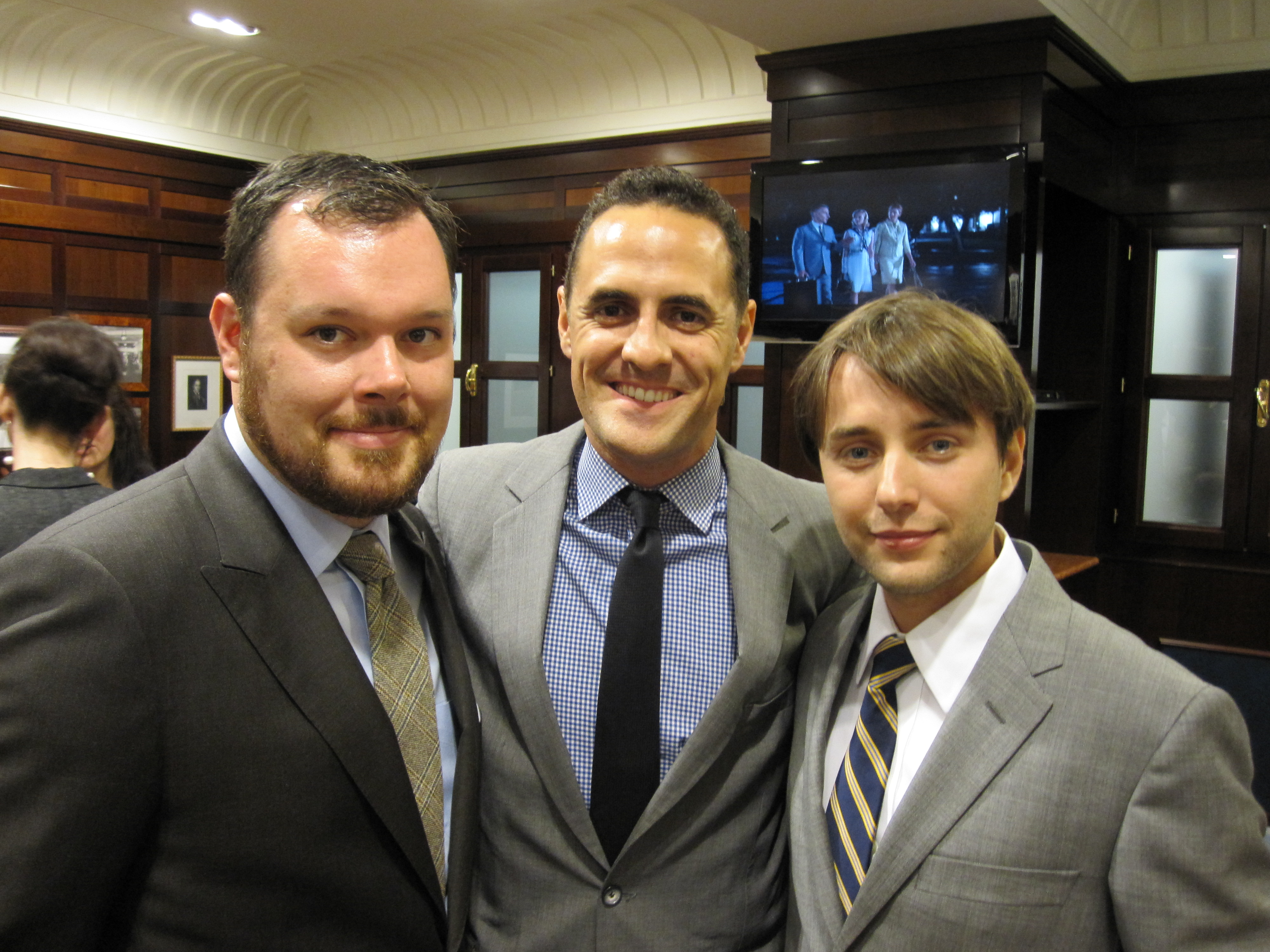 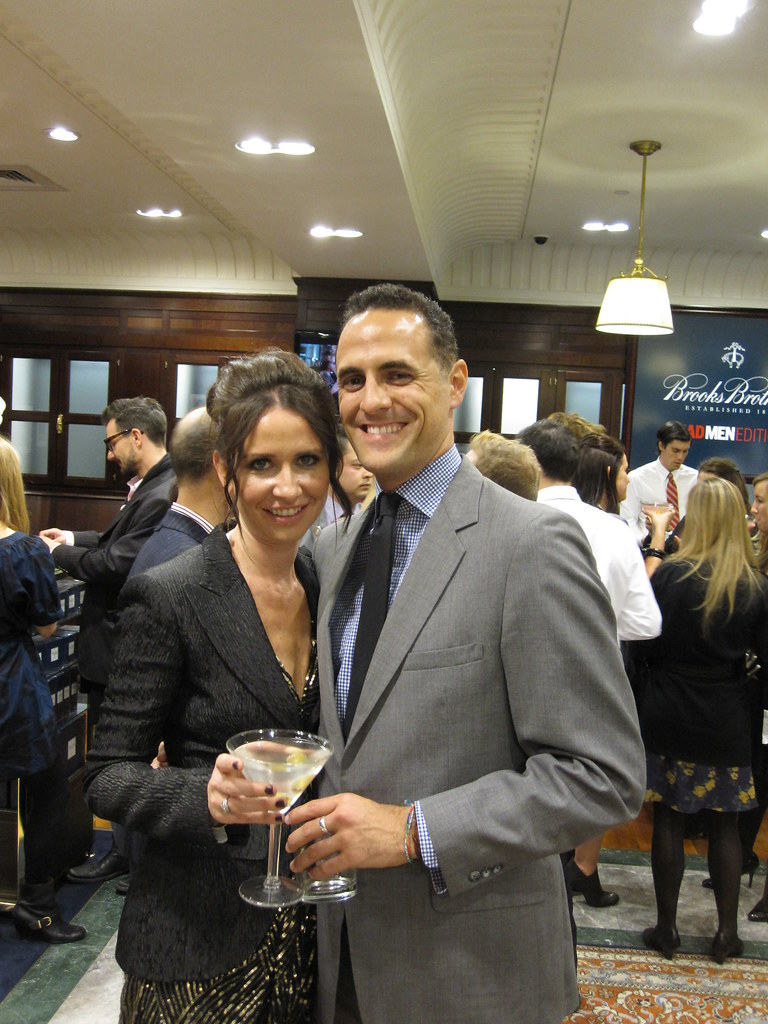 Janie couldn’t stop exclaiming how pleased she was with how well everything came together, and “how appropriate to hold the event in New York and on Madison Avenue, no less.” 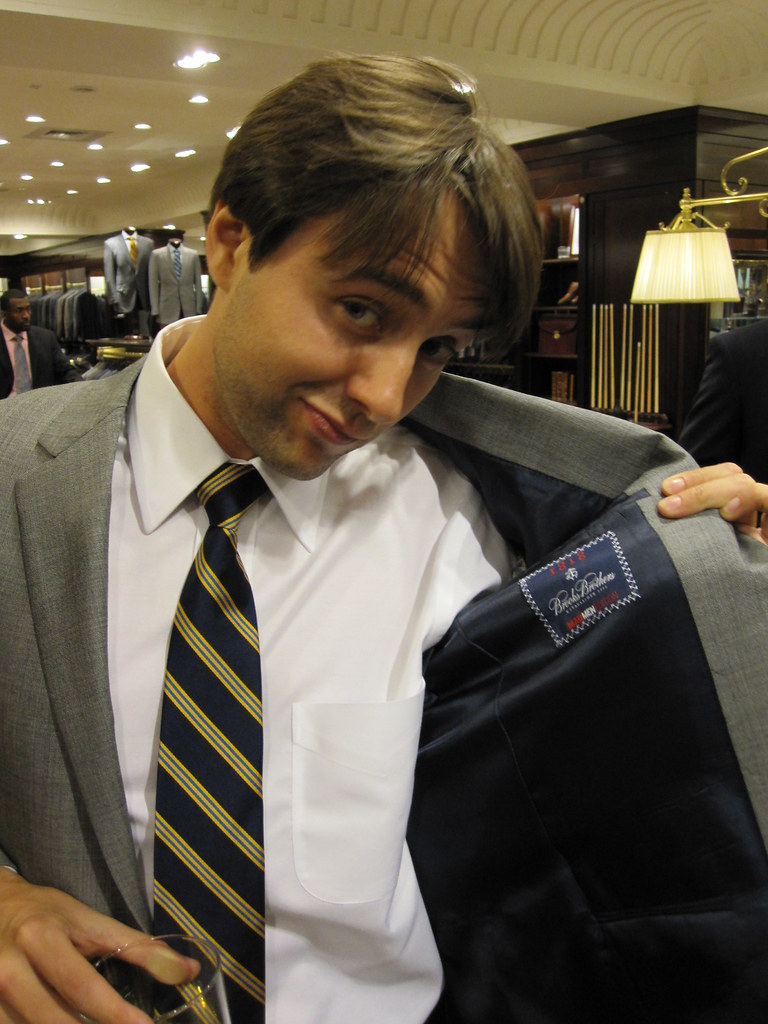 I couldn’t help thinking, “Of course, that weasel Campbell gets to wear the suit.”

While perfect for Sterling Cooper some may consider a sharkskin suit too much for the modern office. From what I saw Tuesday night, it is great for a cocktail party, the three martini lunch happy hour, or for that occasion when that special someone begs you to take her dancing.

Later this week, look forward to full coverage of the event itself by first ever guest editor to all plaidout, Cary Randolph Fuller. In the meantime, you can follow her on Twitter.

And while you’re at it, follow Janie Bryant, too.