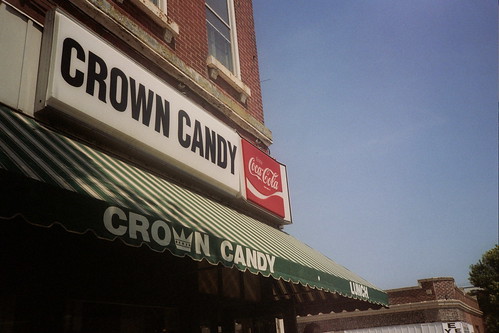 Earlier this year, on a trip to St. Louis, I stopped by Crown Candy Kitchen, situated in a neighborhood in North St. Louis County now referred to as Crown Square. Crown is home to one of the best milkshakes known to man. As featured on Man vs. Food, the buttery concoctions created at Crown are the most filling I’ve ever tried. 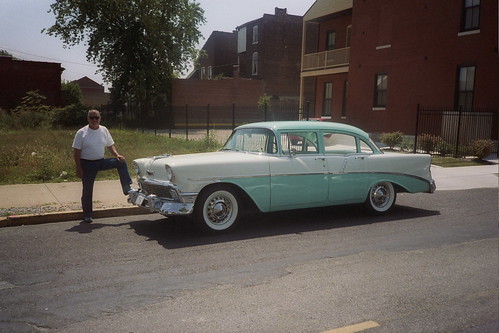 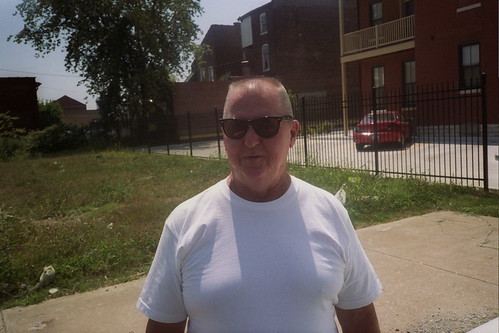 His vintage Ray-Bans, Levi’s 517s, cowboy boots, and a plain white Stafford Tee are proof that simplicity is stylish. 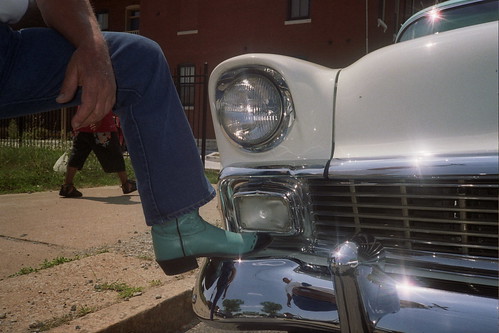 Q: Which came first, the chicken or the egg? That is, boots or wheels?
A: Car came first. Estate sale. Found the boots at Sheplers. 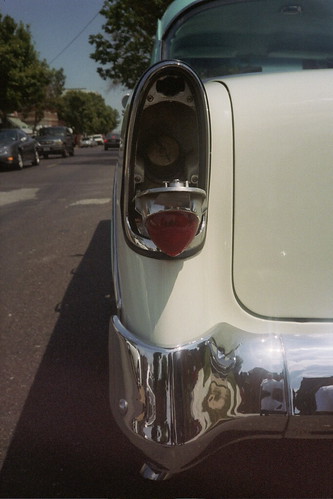 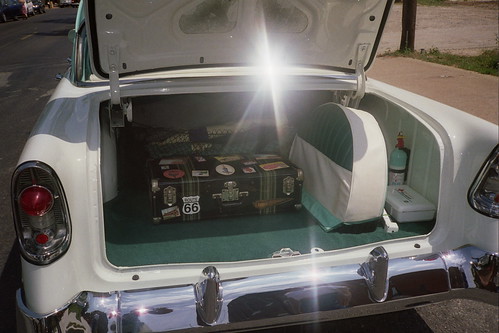 It even had that show car shine. 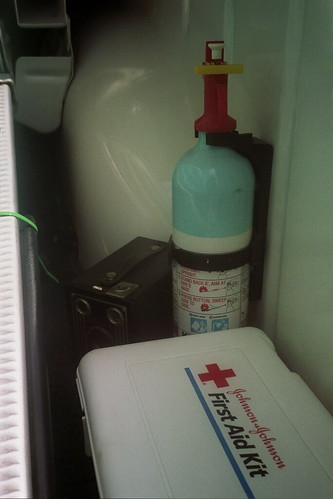 Who else do you know with matching boots, car, and fire extinguisher? 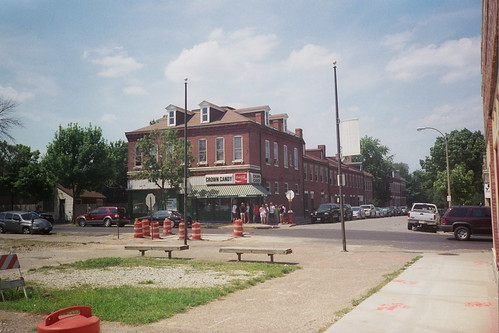 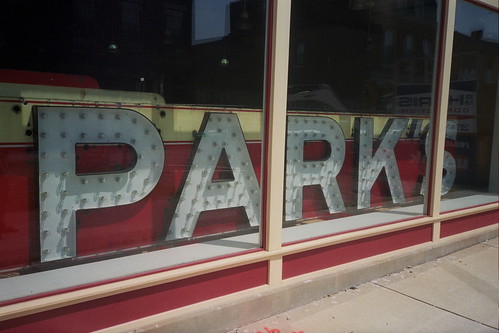 Q: What brings you to Crown today?
A: As a young lad, I would ride my Schwinn to the store and play pinball and drink malts. 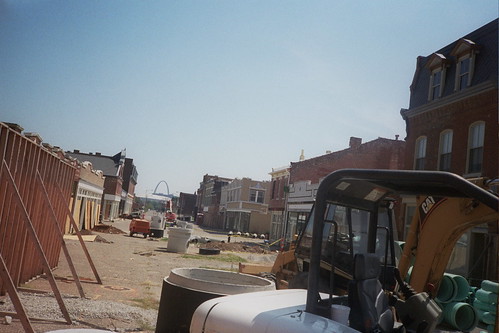 Q: What do you think of the Crown Square renovation?
A: Long overdue. This used to be a premiere shopping area. Hopefully, this brings back customers old and new.