On a dare, I began all plaidout a year ago today, and now on a daily basis, someone will ask, “So, are you, like, contractually obligated to, like, wear plaid?”

A regrettable name but one that’s stuck, all plaidout has been a blessing among blessings in my life. Over the course of the last year, I have developed some of the more important, more meaningful relationships in my life, many due in large part to this little web log. I’d like to take a minute to thank some of the people without whom this truly would be all played out. 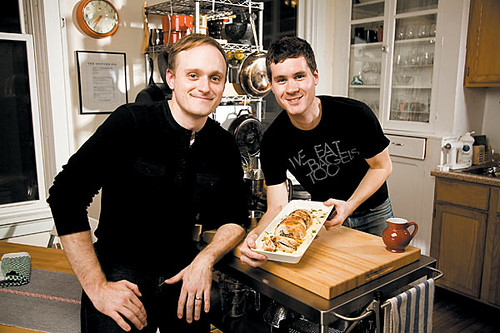 In the summer of 2005, I moved from a small apartment in Queens into a smaller apartment on Manhattan’s Upper East Side with two friends from college, Nick Kindelsperger and Blake Royer. While I was busily toiling away at a conservatory program in Midtown, they were schlepping to temp jobs here, there, and everywhere with a single purpose: make enough money to support a burgeoning food blog created in the smallest imaginable kitchen in New York City. I marveled at their enthusiasm, their ingenuity, and their indomitable spirit. The lessons learned from watching The Paupered Chef, their blog, grow into the inimitable source it’s become were a major inspiration. In fact, it was a conversation with Blake and a mutual friend, Matt Dellinger, which planted the seeds that became all plaidout.

As the idea marinated, I became enamored with men’s clothing blogs of all stripes, but one, more than any other, A Continuous Lean, consistently piqued an interest; Mr. Michael Williams continually shines the light on people, places, and things I’ve always loved or always should have loved. To riff on something Nick Maggio of the awe-inspiring A Time To Get once said of Michael, “without him, none of us would be here.” So, thank you, Michael. 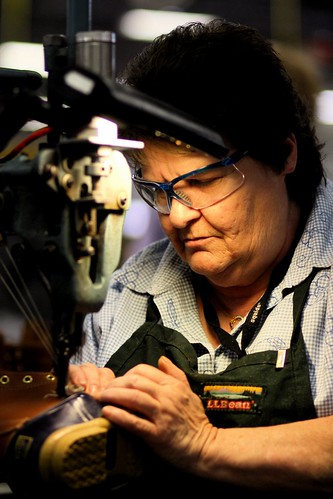 Another Michael, Mr. Michael Macko, revered in menswear circles not only for his incredible talents as a taste-maker, but also for his reputation as one of the most approachable men in this business, was kind enough to set aside some time over a lunch with me where he allowed me to bend his ear, spit-balling my ideas for stories as he listened intently and offered advice and guidance where possible. In fact, it was immediately following that lunch when I reached out to Mary Rose MacKinnon, Laurie Brooks, and Mac McKeever of L.L. Bean, who would go on to help me share the story of their Bean Boot and Boat-and-Tote factory. My first trip to Maine would not have been as special without the support of Foster Huntington, Jay Carroll, and the Shorey family, owners of Quoddy. That trip sent all plaidout on its way.

None of this would have been possible without Michelle Sydney, the best editor I’ve ever had; Cary Randolph Fuller, the best correspondent/editor/dreamgirl a guy could ask for; Joe Gannon and Michael Withrow, the best business-partners-in-the-making; Alex Beh, the best in the business, period, guy; Raan and Shea Parton of Apolis Activism; Chris Olberding of Gitman Vintage; Ryan Huber and Sam Parker of Context Clothing; James Wilson of Secret Forts; Brandon Capps of Drinkin’ & Dronin’; Janie Bryant of Mad Men; Emil and Sandy Corsillo of The Hill-Side and Hickoree’s Hard Goods; Chris and Kirk Bray of Billykirk; Patrick Torres-Wright of Mosley Tribes; Derek Galkin and Steven Tiller of SeaVees; Walker Lamond of Rules for My Unborn Son; Cory Ohlendorf of Valet Magazine; Ryan Willms of INVENTORY; Stephen Watson of Hamilton 1883; Hollister and Porter Hovey; Joanna Goddard; Ryan Plett; Jake Davis; Jenny Yamaguchi; Rob Parham; Mike Pietrus; Mary Randolph Norton; David Coggins; Jim Stewart; my very patient parents; my brother Ben and sister-in-law Sarah; and last, but certainly not least, Sarah Reilly, the first person to encourage me in this business. This is all her fault, folks.

And of course, I owe the deepest, most sincere thanks to You, my readers. The outpouring of supportive e-mail and comments at the end of posts are all very humbling. I cannot thank you enough, but I hope with the continued development of all plaidout you will allow me to try. I look forward to sharing a bunch of exciting new things I have waiting just ’round the bend. Thanks for your patience as I continue to develop as a writer, as a garmento, as a man. 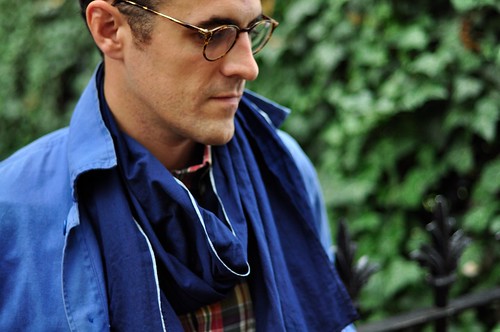