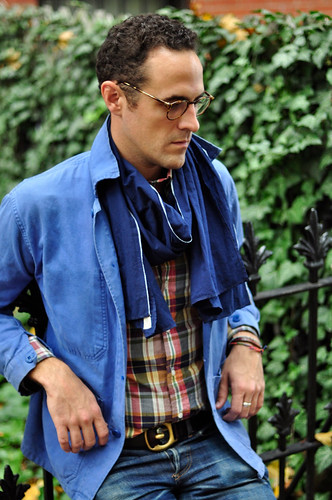 When Emil Corsillo of The Hill-Side asked me to be one of the faces of his Spring look book, I made an executive decision and reached out to Chris Olberding, the mind behind Gitman Vintage, and Patrick Torres-Wright, the creative director of Mosley Tribes and the strongest foot soldier for Oliver Peoples. This was to be a collaborative shoot showing off some of my favorite clothes. 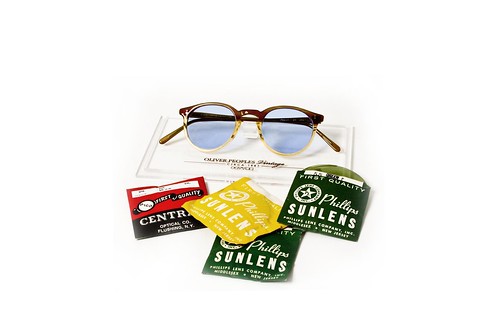 After reading in the New York Times about the demise of one of my favorite frames — and an all-around classic — OP’s O’Malley, I asked Patrick what the chances were of acquiring one of the last pairs around. He was gracious enough to provide me with a pair and with the following little tidbit: Oliver Peoples has released its entire vintage stock from the archives with vintage glass lenses. They’re available exclusively in the New York City store on Madison Ave. and at the original Oliver Peoples location on Sunset Blvd. in West Hollywood.  Both locations have a great assortment of rare tortoise colors. 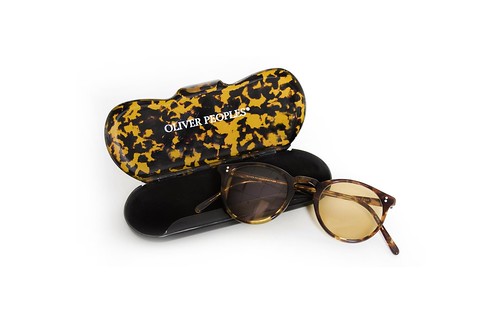 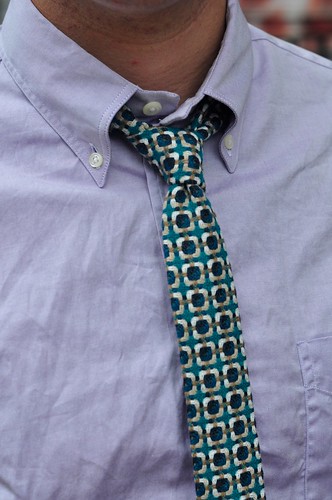 A Hill-Side tie made with vintage fabric found in a thrift store in Connecticut. 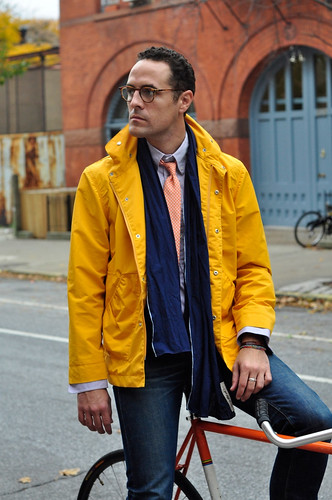 Alongside Shaun Barneveld and James Wilson, Emil and I set out in my old stomping grounds, Fort Greene, Brooklyn, and he went to work with a big old film camera. The shots you see here are tests he snapped with his digital. 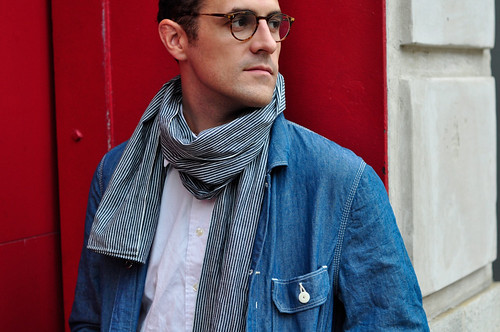 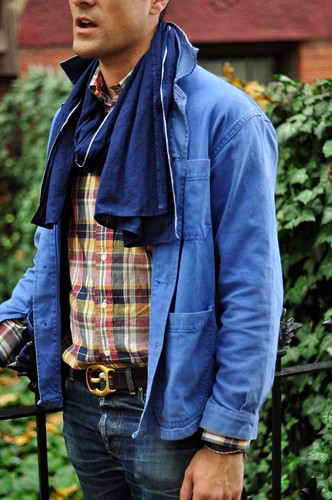 This is one of Emil’s vintage French work jackets. They call it a “bleu de travail” which means “work blues.” I nearly bought one the other day at Eleven. The jeans are two-year-old APCs and the belt is from my beloved Leather Man Ltd.

Thanks to Chris, Emil, and Patrick for providing the beautiful clothing. Thanks too to Shaun and James for a great day. For my take on The Hill-Side, read the profile I put together. For more of our fun day in Fort Greene, see Flickr.