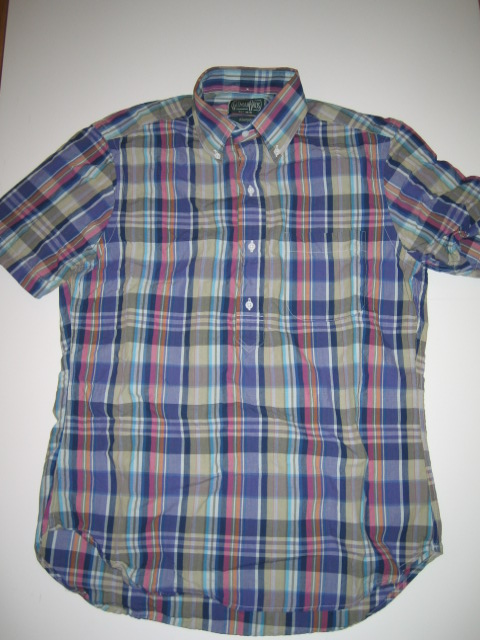 I first met Seavees’ Steven Tiller this summer. Over the course of our chat, he told me about his first job working at Harold’s while in high school. He talked about all the preppy brands they carried. He mentioned Gitman Bros., but his eyes lit up with the mention of bleeding madras, “the real stuff, the Indian stuff, that gets on your skin.” 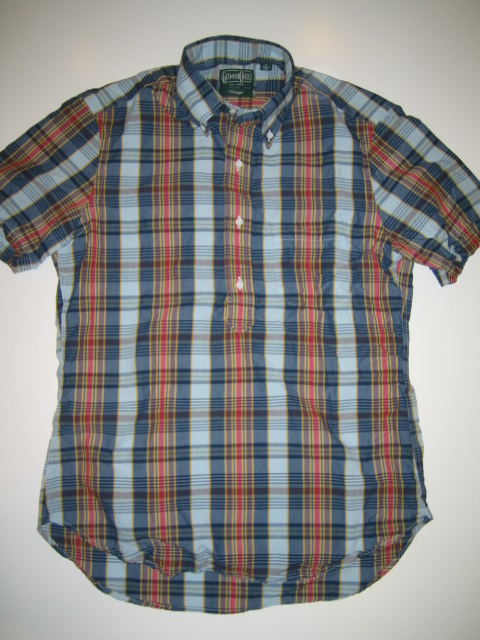 He and I regaled one another with stories related to our personal histories with the fabric, donning it all summer long as boys growing up in the Midwest. We traded our knowledge of the details of the fabric’s history. In the 19th Century, sprinkled among the already colorful landscape of India were the tartan checks of British uniforms. So taken by the patterns, local weavers spun their own takes on plaid. Using the finest cottons and the yarns they spun together a similar pattern, nodding to the warmer climate with their subtler color choices, pastels and organic dyes like indigo and madder. Called Madras for the British name for the town where the textile was first milled, today its seen as a symbol of the cultural melting pot that was India during this time.

An ideal weight for the summer slog, the British soldiers who’d return to the West brought madras with them, and it garnered an appeal among those looking for a lighter weight fabric for a day spent working in the hot, hot sun, becoming a staple of a man’s summer wardrobes. It caught on among the preppy set during the post-war era in the U.S. It’s middle finger color schemes could be seen clashing with the bucolic environs of an Ivy League campus, and soon madras was being cut for everything from shirts to pants, jackets to ties. Its bold spirit lives on today thanks to men like Steven Tiller whose appreciation for men’s clothing history goes deep.

When Mr. Tiller and his partner Derek Galkin of Seavees approached Gitman’s Chris Olberding to develop a bleeding madras fabric for a shoe collaboration, the idea flew. 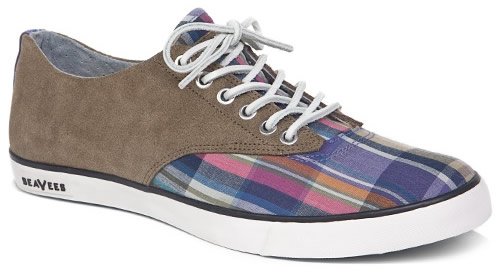 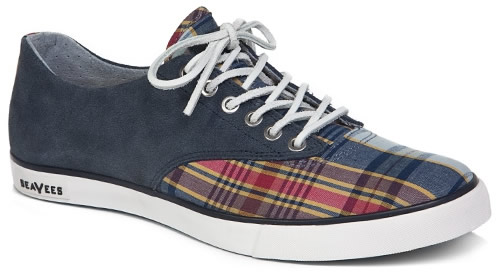 “We focused on these two fabrics because we liked the repeat in the plaid, and the colors really pop on a pair of shoes.”

With the remaining fabric, Chris Olberding has chosen to re-issue, for the first time in the popular Vintage fit, a pop-over. “Even though Gitman has made a pop-over since 1978, it hasn’t been produced for years,” Olberding said today. He mentioned plans to offer the pop-over as a seasonal model for Gitman Vintage from SS11 on.

Collaborations abound in the menswear business, but this one makes a lot of sense. Seeing how excited two of the men behind the collaborations became as they talked about the composition of their fabrications,  I can understand why this marriage of shirt and shoe maker happened. Of course, I can understand. They’re two guys really excited about a summer-weight plaid fabric. What of other collaborations for the Gitman Bros.? Coy, Mr. Olberding replied, “We’re doing everything we can to give our customer exactly what she — I mean — he wants.”