On the Road: Madison, Wisconsin 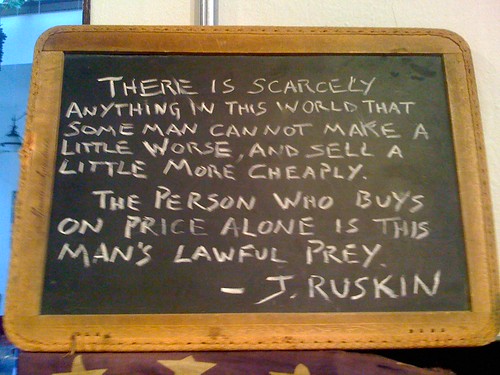 The people of Wisconsin live and die by this beautiful quote from English writer John Ruskin.

I pulled in to Madison on a snow-covered evening, late enough that the last of Context Clothing‘s customers was just bundling up before heading home with a new pair of Momotaro jeans, but co-owner Ryan Huber was kind enough to keep the shop open for yours truly. 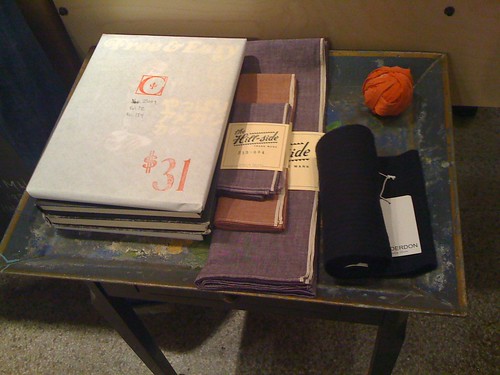 They’d wrap my arm in butcher paper if I asked them.

After closing the shop, Ryan and I crashed fellow owner Sam Parker’s date night with his lovely wife. We ate at Natt Spil, a place lovingly referred to as the “Chinese Pizza Disco” by its regulars, a place down the street from their shop that brought new meaning to the words “fusion food.” Asian, and Mexican, and Tapas, and hamburgers all melded together beautifully with the red wine we were drinking — in fact, it was probably because of the red wine we were drinking. 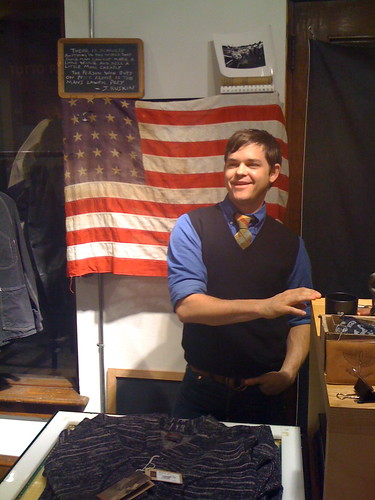 Everyone in the restaurant seemed to know Ryan and Sam, and it’s no wonder why. With a recent flood of coverage — GQ named their exclusive Alden boot, the Roy Boot, seen here first, among some of the best stuff of the year and Monocle Magazine highlighted the store in an issue devoted to entrepreneurs — they’ve become known internationally for providing the highest quality products at a fair price, and they hold themselves to a very high standard in customer service. Not to worry, they don’t let it go to their heads too much. 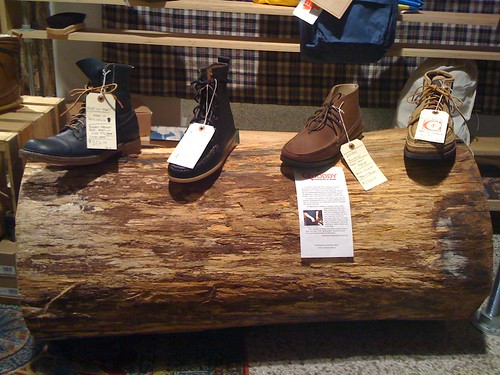 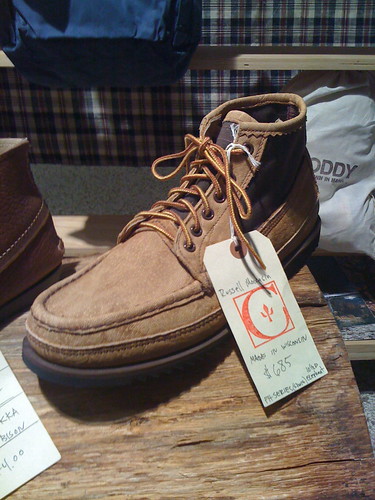 Professional Hunter Elephant Boots purchased on a trip Ryan and I took to Russell Moccasin. 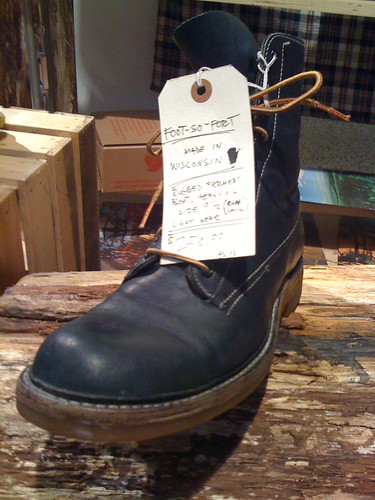 “Ah, phooey…” was Sam’s gruff reply when I likened them to rock stars. “We’re just nice to people, and they’ve started to respect our opinions.” Nice is a word for it. By the time we finished dinner, I wasn’t sure if everyone in the restaurant knew them or if they knew everyone in the restaurant. Either way, Ryan and Sam seemed to have nicknames for everyone, none any cleaner than the next. “That guy’s nickname is “Boob Donkey.” If you haven’t yet, the next time you place an order, call Context and ask to speak to Sam. The man’s rough cadence is an art form. 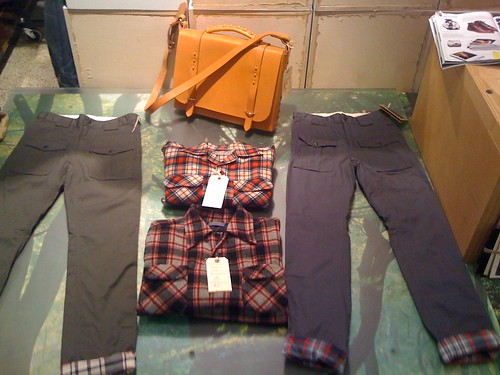 Madison is a special town, though. A fairly liberal people, with the capitol and the university mashing like perfect lumps in a side of warm potatoes, the conversation is always facile. During our dinner conversation, one minute we’re learning from our server about the leather maker who hand-tooled his belt, the next we’re discussing Ken Burns’ National Parks documentary, featuring one of my heroes, University of Wisconsin professor and environmental historian William Cronon. The people here are as fluent as they are affluent. And while a majority of Context’s business is in online sales, the fact that there is a lot of money in the town makes a difference when you’re selling a $500 pair of jeans steps from the capitol building. 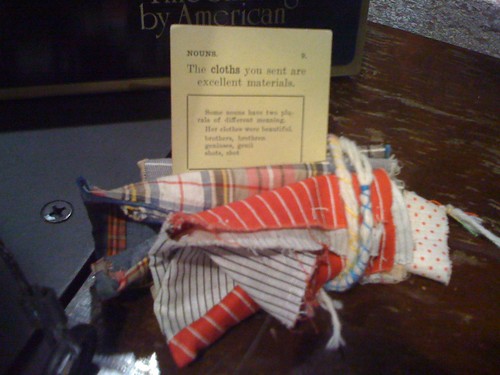 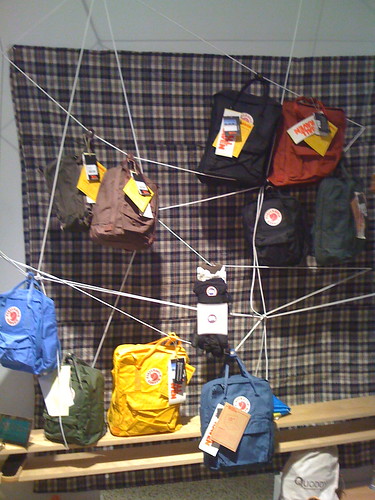 That Fjällräven display is all plaidout.

Upon leaving the restaurant, I’d discovered that my rental car had been towed. “White Dodge Avenger, white Dodge Avenger,” I repeated to myself as I stalked the streets of Madison, warming myself only by the glow of the streetlamps. After about ten minutes of trudging through grey snow, I’d had it. I called Ryan.

“Oh, it’s likely that they just moved it. There’s really only two tow trucks in town.” Ryan got me the number of the towing company, and sure enough, the car was right where the shopkeeper said it was. Parked on a dark side street, no ticket, no fee, just a torn piece of notebook paper in the driver’s side wiper, with a note attached, “Hey. Ya idiot! This ain’t a parking space.” In my haste, and due to the fact most of Madison’s streets were covered in at least a foot of snow, I’d failed to check the curb and parked in a red zone. 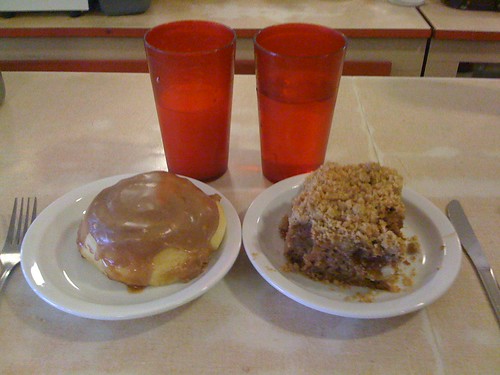 “Cinnamon roll or coffeecake?” My only response was, “Yes.” The red cups are made in California by Cambro. 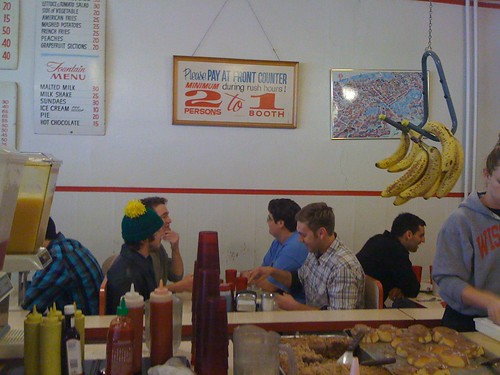 Nothing says, “Go Packers!” like a pompom-topped stocking cap. And that bike rack banana hook gets me every time. Look for it in Dwell Magazine.

The next morning, I made a triumphant return to Mickies Dairy Bar. I’d been once before, but school was out, and I wanted to get the full effect. I’m not sure if your college experience was at all like mine, but Mickies at ten a.m. on a Sunday smelled exactly as I’d expected. The stench of stale beer and spicy sausage wafted through the air with equal verve. It was as though the place had been serving pitchers of High Life alongside the corned beef hash all morning, which is not an objectionable practice in the opinion of this writer. 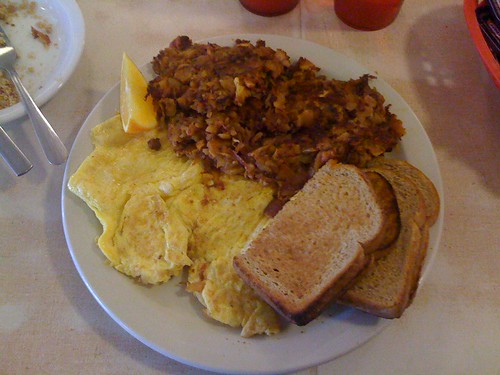 I planned to stop at the cake, but the student on the stool next to mine looked so satisfied as he elbowed into his corned beef hash. I had to try it. It was spicy — a warm, hearty flavor that stayed with me all day long. 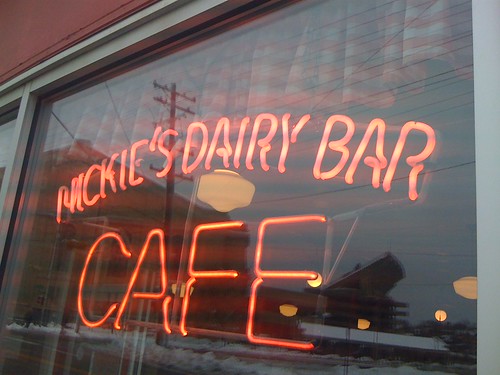 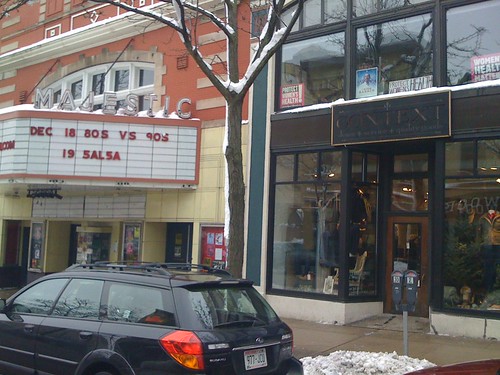 Context sits next to live music venue, The Majestic Theatre. 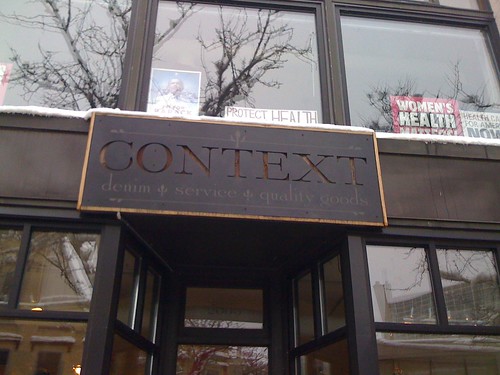 Full, I considered walking back to Context. For fear of towing, I drove. I needed to get a good shot of their new exterior, and I wanted to buy a Christmas present. I picked up one of local leather artisan, Kenton Sorenson’s natural leather Dopp Kits, which were a big hit this Christmas. Ryan and Sam assured me, exclusive, holiday-themed products will become standard practice in the future. “We want to do more collaborations for the Christmas season, incorporating a little taste of Wisconsin wherever we can,” said Ryan. 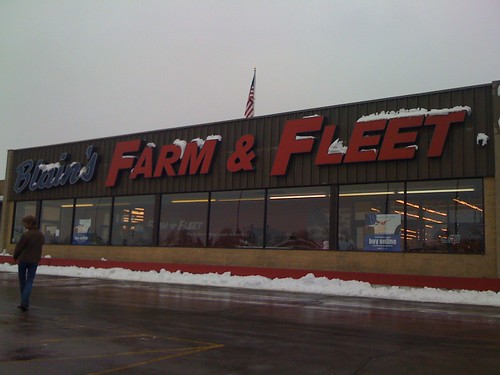 Ryan suggested I head over to Blain’s Farm & Fleet. In my travels, I’d lost one of my gloves, and he thought they’d have just what I was looking for. Did they ever. If Blain’s was thinking ahead, ten years ago, they would have opened a spot right on Bedford Avenue in Williamsburg, Brooklyn. Talk about pay dirt. This place had “urban woodsman” written all over it. What am I saying? It had just straight capital “W” Woodsman written all over it. 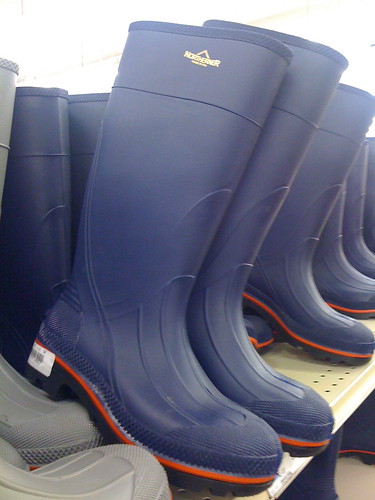 I first discovered Servus Boots when writing about wellies. 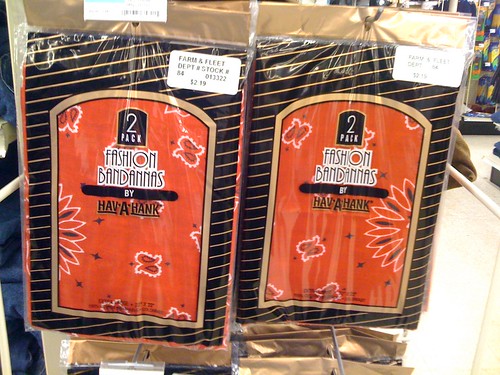 Hav-a-Hank reminded me of Emil Corsillo’s observation that for companies, a unique name was meant to be a way of bringing “brand identity” to their products. 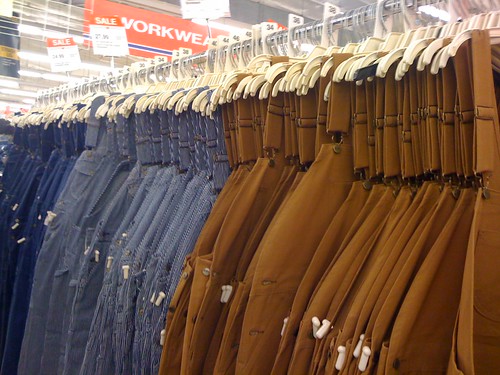 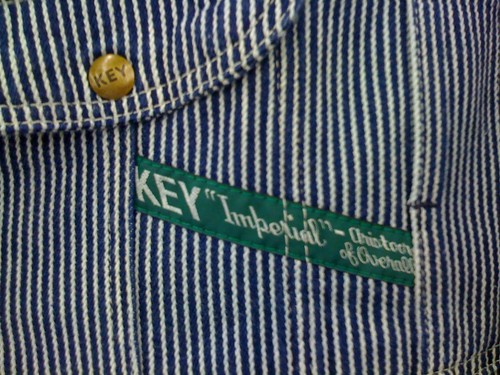 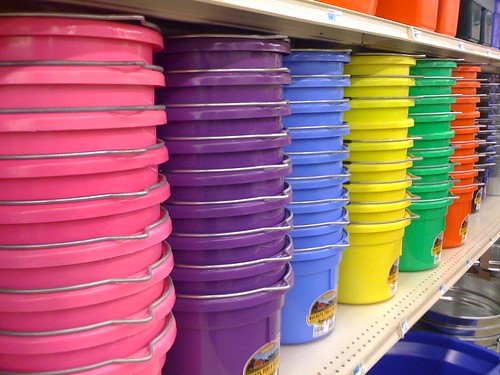 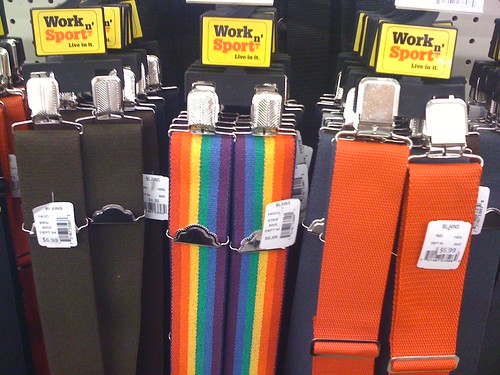 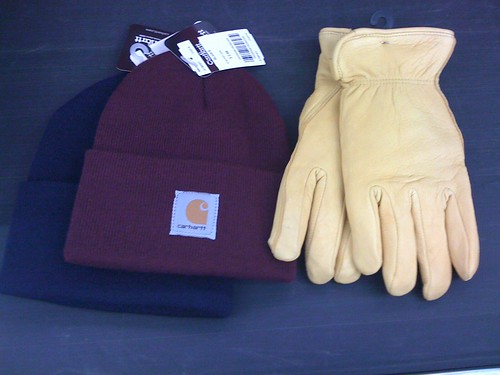 I walked away with two Carhartt Watch Caps and Thinsulate-lined deerskin gloves, which came in handy while changing a tire in Minnesota. 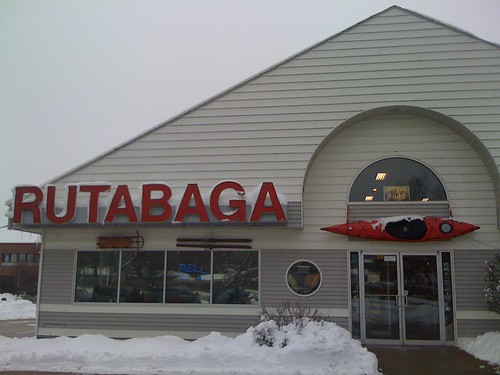 Before heading on, I stopped at Rutabaga, an awesome paddlesports shop that’s been in business for more than a quarter century. The best part? It backs right up to the lake. Give yourself plenty of time when visiting this place. In the summer months, you can do on-water testing with most of the goods they sell. 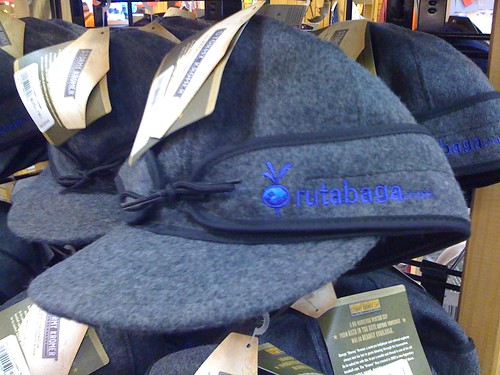 An embroidered Stormy Kromer cap. I love mine. 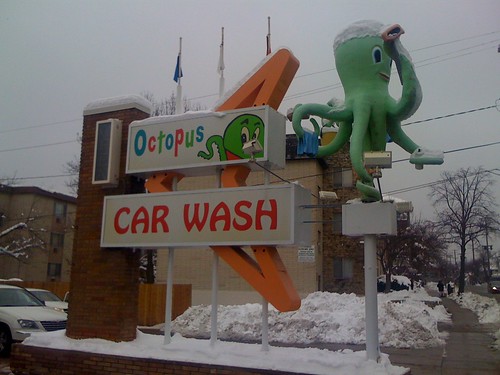 On my way out of town, I stopped to get a car wash, but the octopus wasn’t there.

In the two times I’ve been to Madison, I’ve marveled at how much it felt like home: a place where quality takes precedence over all else, where sharing a meal with friends and family is the most important part of the day, and where spending time outside, no matter the season, is as important, if not more so, than sitting in front of a computer.

This last point — the call of the wild — is one I hope to shed more light upon, as it’s one aspect of my life I so rarely share here. Ryan told me a doozy of a story about a recent wintry hiking trip which I hope he’ll share here on all plaidout at some point in time very soon. Until then, give some thought to making a weekend in Madison your next vacation. You won’t regret it. Oh, and if you decide to go, be sure to stop first at Context, Madison’s local board of tourism.

For more of my trip to Madison, see Flickr.