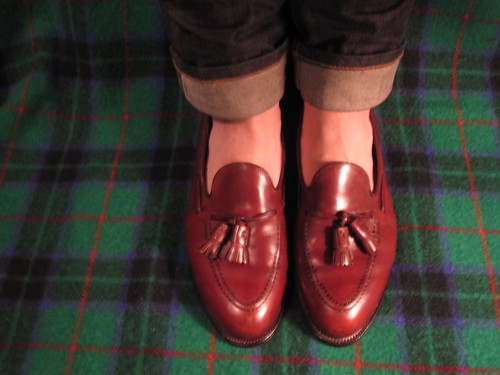 In the summer of 2008, I found my favorite pair of shoes, a used pair of cognac-colored tassel moccasins from Alden, buried in a giant L.L. Bean duffel at the Brooklyn Flea. I purchased them from my man Tutek for $30.00. I wore the hell out of them. When I found two gaping hole in the soles this fall, rather than take them to my local cobbler, I recalled the lesson my father taught me when I was a little kid. His Allen Edmonds had just returned from their recrafting service. “See, Max? Good as new! Buy a nice-looking shoe from a company you trust, and you’ll never have to buy ’em twice.” Last month, I sent my mocs back to Alden’s factory in Middleborough, Massachusetts for a full professional restoration. They arrived this week, and I am very pleased with the results. 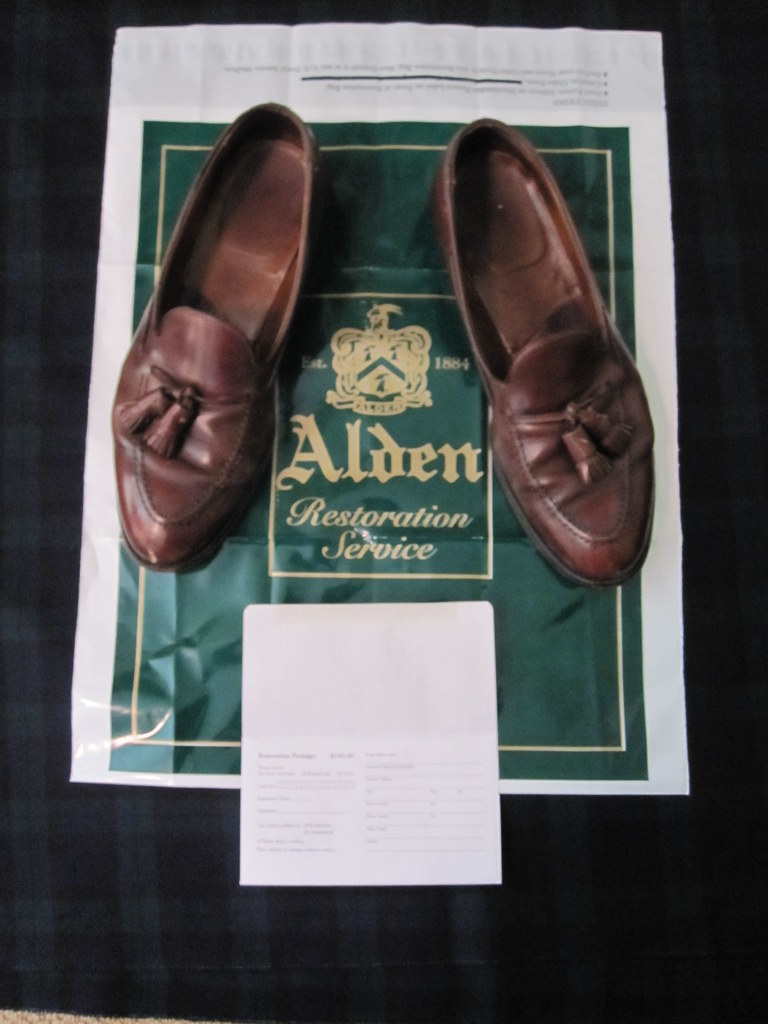 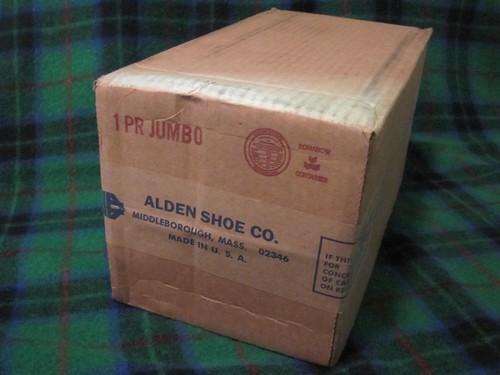 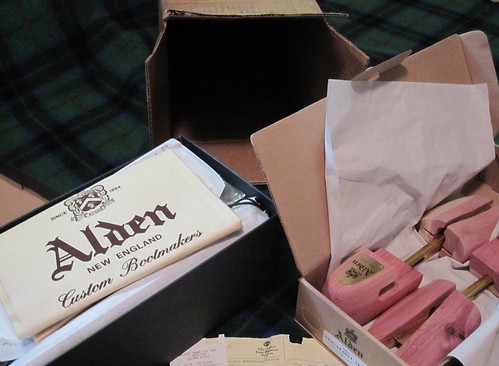 The service provides a new box, two mitts, a new set of trees, which nearly makes up for the $145.00 repair fee. 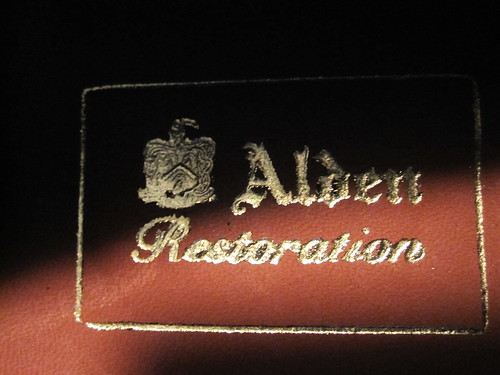 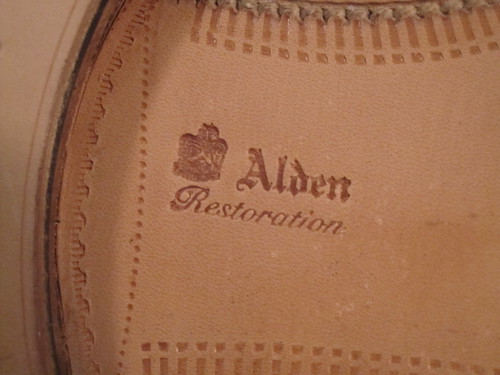 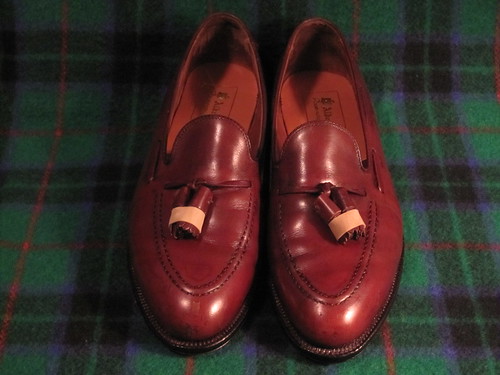 While it was hard to go without them for a month, the shoes came back better than I could have expected. The exterior leather has that nicely worn patina of an old, beat-up pair. The sole and guts of the shoe shine like they are brand new.

# For an interesting take on the history and social implications of the tassel loafer, read this 1993 article from The New York Times.
# For the most fantastic documentation of the factory, watch this video put together by Epaulet co-owner Michael Kuhle and documentary filmmaker and animator Tom Eaton. It features a real American hero, and one of my personal heroes, lifelong road warrior and master storyteller, Mr. Floyd Gilmore.
# For additional photos of the shoes, including one that shows off some pretty nasty gashes (seriously, it looks like I take a cattle prod to them every once in a while) see Flickr.

NB: I apologize that the “before” photos languish somewhere in the vast wastelands that my external hard drives have become. If found, I promise to update this post in due course.

NB: In the first photo, I’m wearing the 3sixteen ST-100X, which are made in the US with raw indigo selvedge. They’re my contribution to the Denim Debate, a must-read.