Steven Grasse of Art in the Age 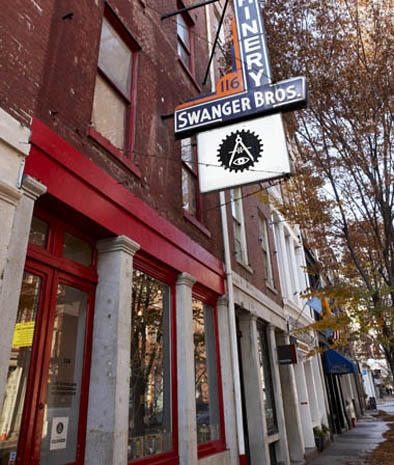 Art in the Age is a store in Philadelphia’s Old City named for one of German essayist Walter Benjamin’s most famous works. It is the brainchild of advertising executive Steven Grasse. After reading two interviews with him this week, Mr. Grasse has fast become a hero of mine.

The man whom Philadelphia Magazine called, in the same breath, a Legend and a Mad Man, had some very inspired things to say. 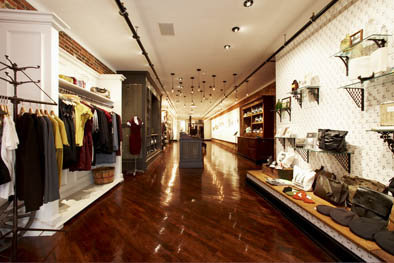 “The new luxury is knowing where the stuff comes from and knowing that the person who made it got paid,” Grasse says. “That is the new luxury. Not the fancy packaging, or the glam, but the ethics of it, the sustainability and goodness of it.”

In addition to the fantastic profile in Philadelphia Magazine, Mr. Grasse was recently interviewed by Printeresting’s Jason Urban, where his opinions were more transparent. 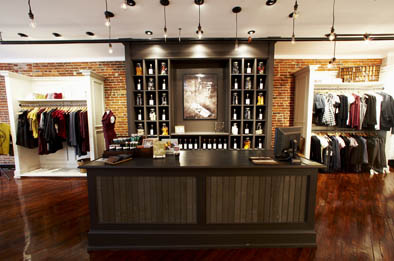 “AITA is a reaction against the Walmartization of the world. Cheap shit from China is killing us. This is why we make soap, preserves, and small batch organically certified liquor… There is an art to living. If you live in a McMansion and spend your days at a strip mall buying cheap shit from China, dude, you have lost your fucking aura.”

In November, I had the opportunity to visit the store with Joe Gannon, and while we just missed an in-store performance by one of my favorite bands, White Denim, we were there in time for a tasting of Grasse’s most recent project, Root Liquer, a delicious organic, root-beer-flavored liquer made by a California distillery exclusively for AITA. There was even some artwork on display from Billykirk’s Kirk Bray. The store is very well laid out, and it showcases a well-thought-out curation of products, many of which are of their own creation.

If you haven’t yet, read the two profiles of Mr. Grasse. They explain his brilliance better than I ever could. For more of his worthwhile insight, follow Mr. Grasse on Twitter, @StevenGrasse.

For more Art in the Age, see their channel on YouTube.