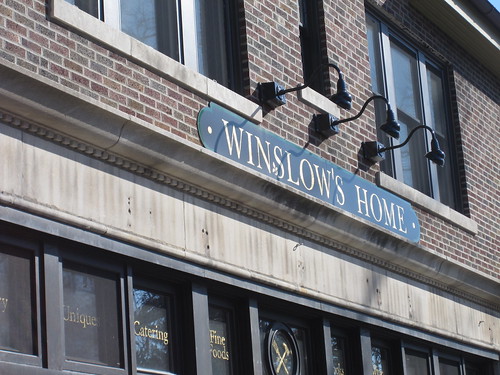 To walk into St. Louis, Missouri’s Winslow’s Home is to step back in time. A general store owned and operated by Randy and Ann Sheehan Lipton, Winslow’s has fast become my home away from home. 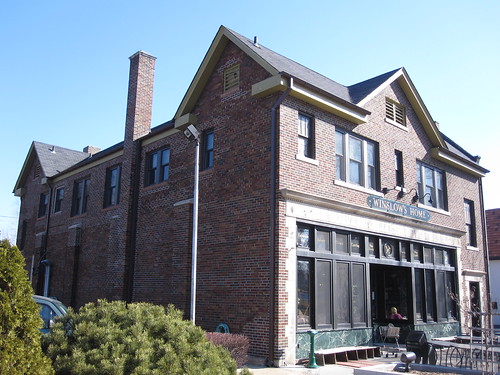 Situated on Delmar Boulevard about a mile from The Loop district in what’s known as University City, the “home” is actually a two-story brick building first opened in 1926 as a general store. Newly renovated as a cafe, market, and dry goods purveyor, it’s Mecca for those interested in supporting anything local and independent. 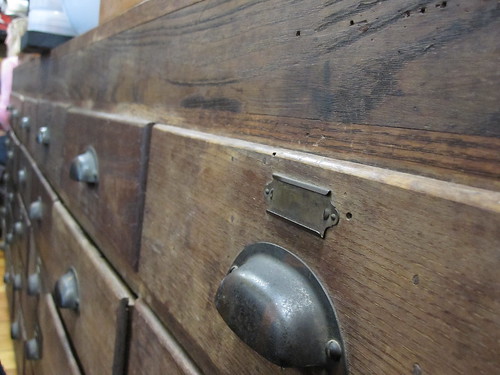 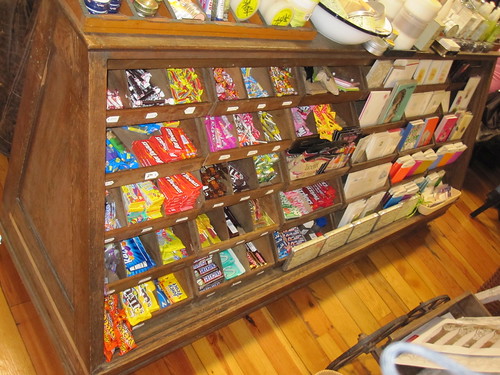 This massive vintage drawer acts as a divider and penny candy dispenser. 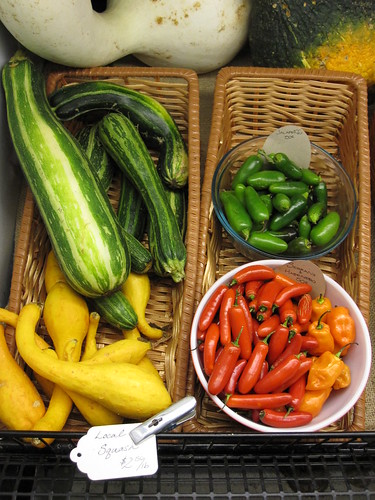 The Liptons stock their kitchen and market with organic produce, poultry, and flowers from their farm in nearby Augusta, Missouri and they support other local farmers — “partners,” as they refer to them — stocking and using their products as well. 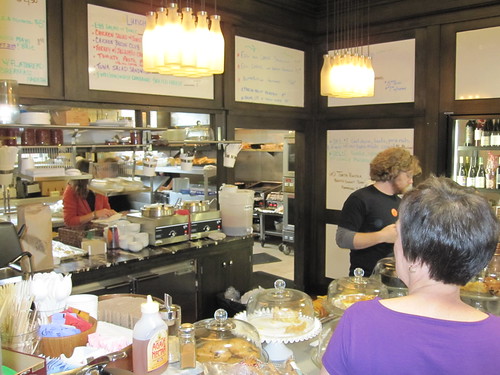 With his laid back demeanor, Winslow’s employee Brody rocks out at the register.

Why the name Winslow’s? “When I was a kid, art always spoke to me. It was the one thing that always got my attention,” says [Mrs.] Lipton. “Winslow Homer (19th century artist) was one of my earliest memories. When this came about, it is that historical connection and trying to put a face on the time when a general store would have served its community and provided the old, the young, the sewers, the bakers with essential goods—and a little bit of folly. It was that connection that allowed me to come up with a name and a visual to go back to. It’s a reference point for me.” [c/o St. Louis Commerce Magazine]. 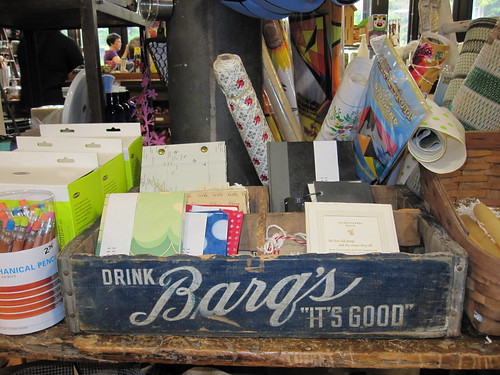 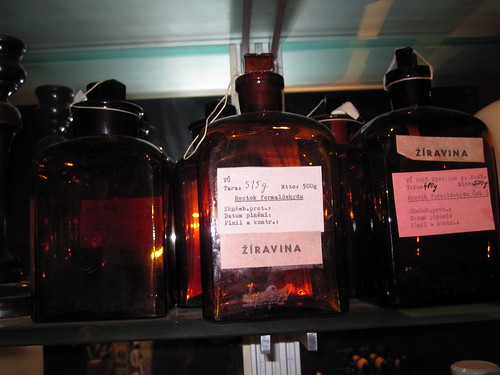 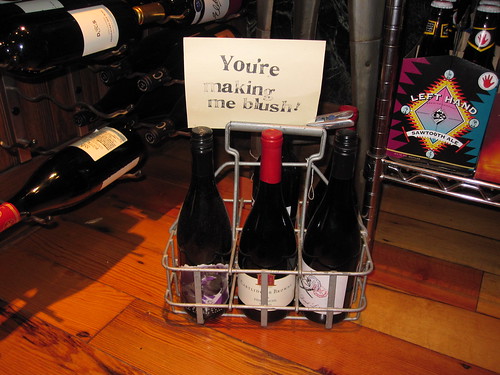 With wines under thirty dollars, vintage and vintage-inspired toys, organic and natural cleaning products, and a plethora of cookbooks and utilitarian kitchen supplies, their general store offer something for everyone. 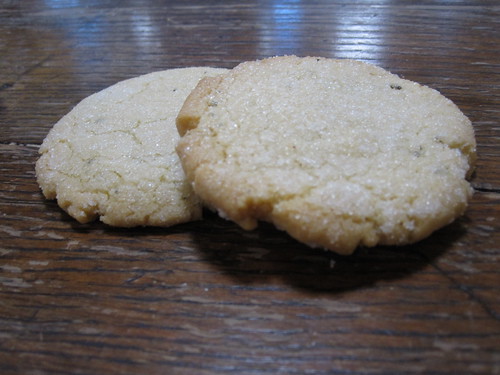 These rosemary lemon sugar cookies are addictive. Initially, I bought two, then four, and I walked out with half-a-dozen. When I gave my compliments to the cook, she assured me that the dough is always in-house. “Just ask. Eight minutes and you’ll have fresh cookies.” I can assure you I have eight minutes a day to devote to them. If rosemary lemon cookies were a religion, I’d be their high priest. 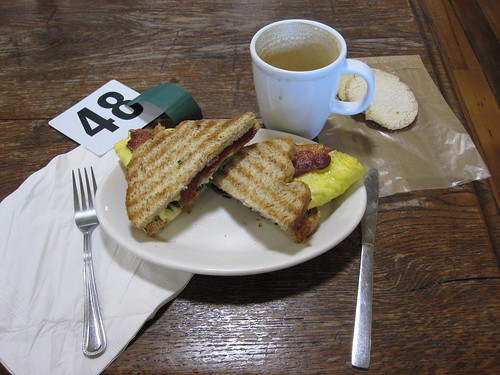 I’ve been for breakfast and lunch, and I assume a dinner date of brisket or one of their hearty entrees is in my future.

On your next visit to St. Louis, be sure to bring something from Winslow’s home to your house.