On the Road: Pittsburgh 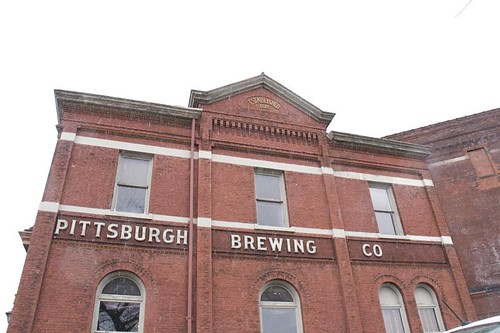 Iron City. Those words. That accent. In college, I took care of this couple’s lawn while they were visiting family in Pittsburgh. She was from there. “You wann us to bring ya some Iron City Beer?” I’d never heard of it. It sounded so tough, so gritty, so much more of-the-earth than my commonplace hometown Bud. It wasn’t. However, when she brought me back a six pack, I thought it was glorious. “Tastes like the sweat of Terry Bradshaw,” her husband chortled as we clinked long necks on their back patio. 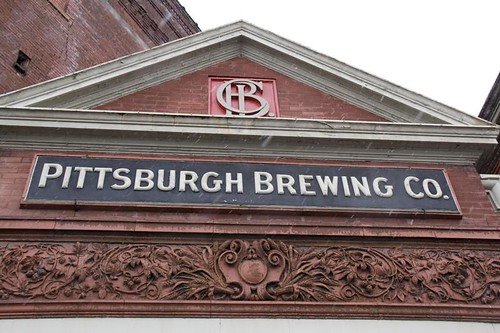 I’d never been. I’d always wanted to go. So, I did. And what I discovered was a beautiful, cold, hard-nosed town, with great-looking bridges, hearty food, and some of the world’s finest architecture. 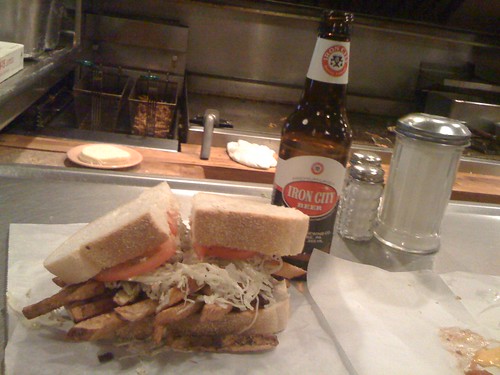 Read any of the city’s guidebooks — even better, Google “Pittsburgh Food,” and Primanti Brothers will invariably be right there at the top. In the Strip District, a canal of warehouses where truck drivers have unloaded produce and other goods for well over a century, these sandwiches, designed to be eaten with one hand were made for hard men who’d belly up to the counter grab their food and eat at the wheel, zipping down the winding roads rolling through the hills of Appalachia. These monstrosities, with all their condiments and sides in the sandwich, couldn’t have come from another city. Stuffed with fries, tomatoes, a vinegar slaw, and some fried meat, laid out on fresh cut slices of Italian bread, they put the heart in “hearty.” I’m surprised I had room for chili cheese fries. 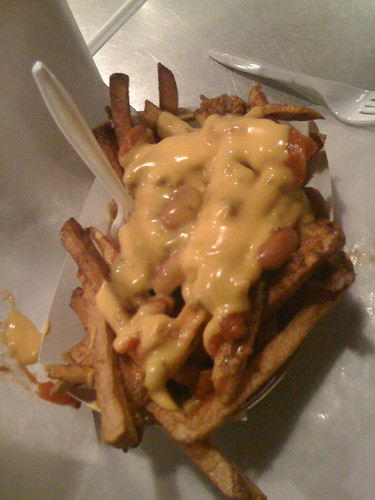 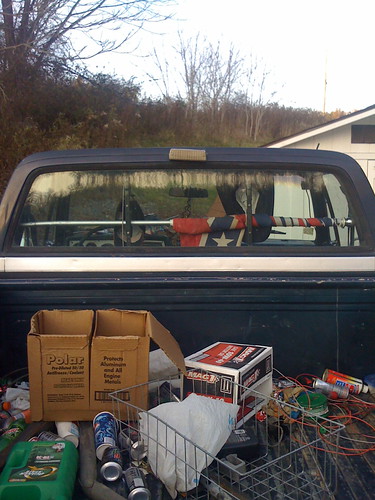 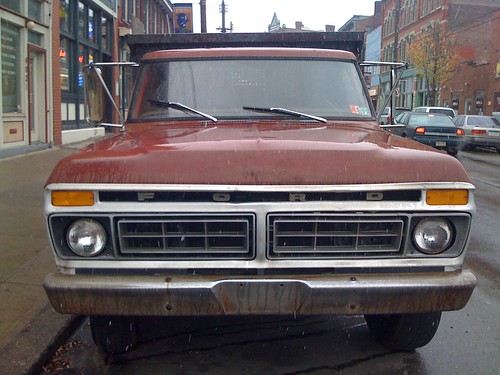 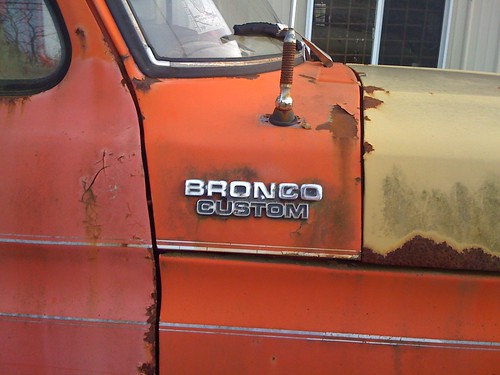 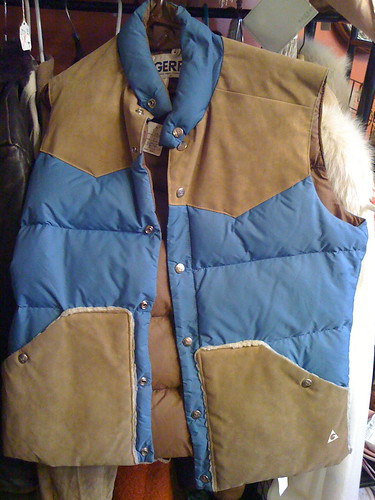 I found this Gerry vest hanging behind some disco clothes in a vintage clothing store in the hip neighborhood of Lawrenceville. I first learned of Gerry from Chris Olberding who mentioned it in his Father’s Day post.

Prior to my cold, wintry trip to Pittsburgh, my knowledge of the place mainly involved its profound connection to the steel industry. I was aware of some of its most famous sons, the Andrews — Carnegie and Warhol — they of industry and art, and the Michaels — Ditka and Chabon — my favorite football coach and writer, respectively. I knew of the region’s seriously under-appreciated impact on the world of sport. In middle school, my father, required to travel to Pittsburgh for work, brought home souvenirs from the sporting events he was able to see. In spite of their inability to nail down a title, the Bonds-era, NL East Champion Pirates were one of my favorite teams. And I grew up in a city whose hockey team consistently lived up to its name; man, I had the Blues, and I had ’em bad. Real bad. Then, suddenly, I was saved by the man named Lemieux. I carved my initials into the wood of my black and gold Koho stick and was a sworn Super Mario fan from then on.

My geometry teacher, Brother Eppy, was tough, man. The guy could draw a perfect circle with a piece of chalk and a string. He demanded the best from us, and he got it, or we had to join him on Saturdays when he’d mow the ball fields and tend to the school’s plants. He called it Garden Club. The best thing about that geometry class with the teacher who scared the hell out of me was the paper he forced me to write on the architect Frank Lloyd Wright. 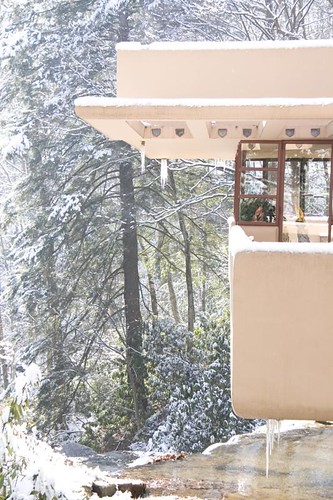 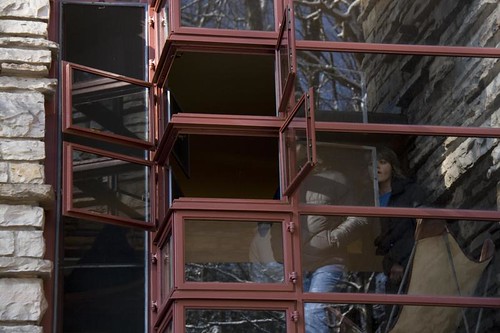 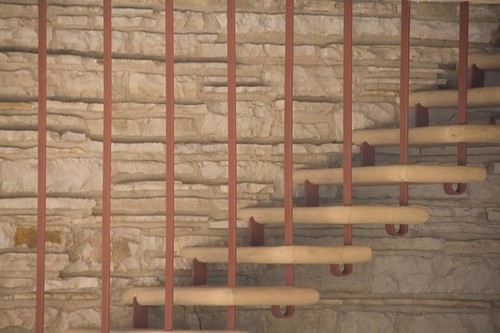 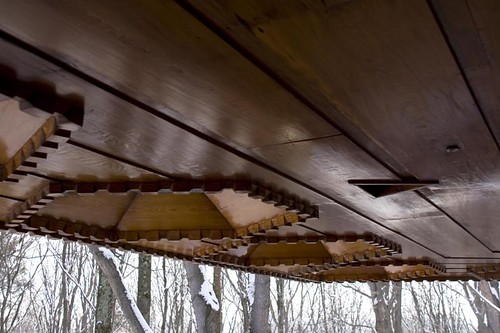 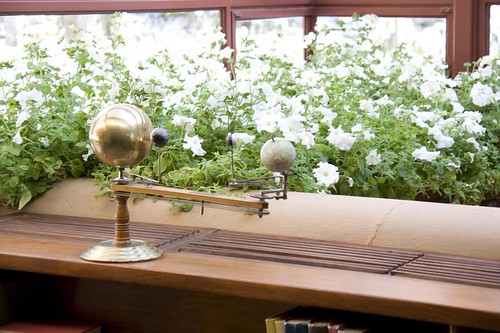 Falling Water was commissioned by Kaufman’s department store owner Edgar J. Kaufman, Sr., an avid art collector and patron of architects. The furniture in the home was all designed by Wright and it was built specifically for each room. The home features several Audubon prints, and works from Picasso, Rivera, Jacques Lipchitz, Barthe, and woodblock prints by Japanese artists Hiroshige and Hokusai. 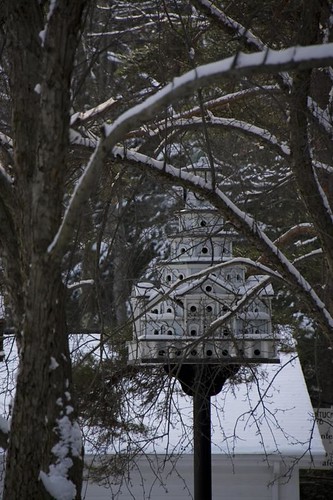 This soulful birdhouse is on the grounds of Kentuck Knob.

Wright’s cantilevered home Falling Water is as emblematic a home as you’ll find in America. It sits perfectly in concert with its natural surroundings, it’s daring, and it’s downright beautiful. Kentuck Knob, a less well-known Wright space, is a far more livable, funky, angular space (the only right angle in the entire house is the bath tub) which I would love to call my home. Both are a short drive from Pittsburgh. I recommend seeing both. While I was more inspired by the sight lines and the architectural feats accomplished by Falling Water, I found Kentuck Knob to be a more encouraging experience. In Falling Water, I kept finding myself disappointed by the tiny beds, the short ceilings, and the cracks in the stucco. The home has shifted considerably along the cantilever, and over time they’ve had to brace it with reinforcements. On the tours I learned a lot I didn’t know about Wright’s design philosophy. For instance, he thought of hallways merely as passageways to get between the rooms. He designed them to be dark and narrow so no one would want to spend time there.

While I can think of no better way to experience one of the greatest cities in America, built as it was on the strong backs of the Industrial Revolution, than to see it in the dark, cold winter, next time I’ll visit in the summer.

For more photos of my trip to Pittsburgh, see Flickr.