The T-Shirts of Dennis Wilson 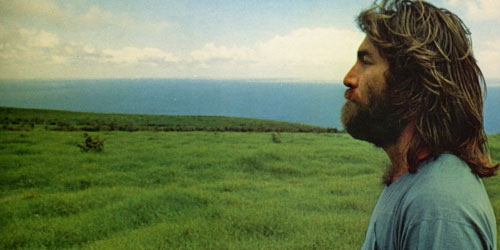 I didn’t discover Dennis Wilson’s solo album Pacific Ocean Blue until it was re-released in 2008. I was floored by its lush arrangements, by its bare bones lyrical narrative, and most of all by some serious introspection from the Beach Boy I’d come to know as the party boy, the one who actually surfed. Drummer Dennis had some soul. 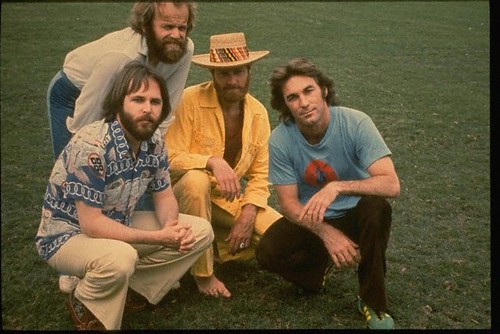 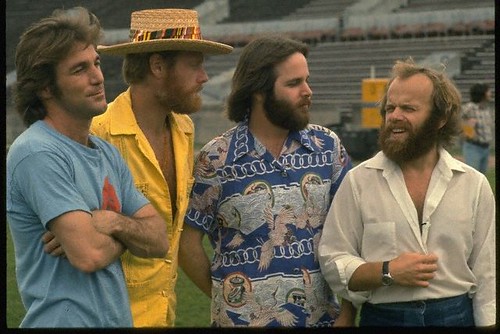 Dude also had some style. He could rock a graphic tee better than anybody this side of Frank Zappa.

On the cover of Pacific Ocean Blue, he’s wearing the highly under-appreciated pocket tee, sized to fit his Wayfarers. 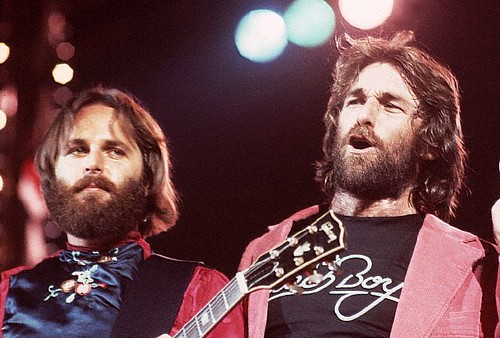 Self-promotion was one of the keys to The Beach Boys success, and once they abandoned their trademark Beach Clown striped button downs, they were often seen wearing their own concert tees onstage. 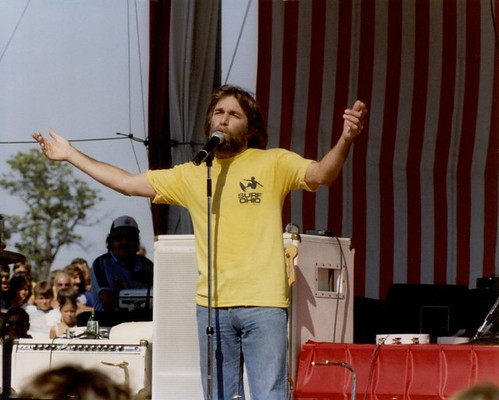 *As an addendum, Ryan from Homage sent this image of Dennis in a Surf Ohio T-Shirt. Surf Ohio, which spoofed the California myth of surfboards, hot rods, and bikini babes, was the late-seventies brainchild of non-surfer and native Ohioan, Ron Kaplan. On my last trip to Columbus, I picked up one of Ryan’s reprints of the 1985 Olentangy River Masters Surfing Classic at a great shoe store called Sole Classics. I’ve worn it nearly every weekend since.