Playing on the subtitle of one of Cameron Crowe’s better movies, To Know Joe Gannon is to Love Joe Gannon. The man is the rock star of Capital G Generosity, he’s a loving husband and father, and he exaggerates when he speaks of his shortcomings. On top of all this, from a small town in Delaware, he’s able to reflect more of the pure and genuine style I so admire than the majority of the Brooklynites, Los Angelenos, or Chicagoans I know. Joe and I met a little over a year ago, through mutual friends, and we’ve maintained contact, talking almost every day. In the last year, I’ve come to know him to be, as mentioned, extremely kind; he’s the most knowledgeable guy in the room on a myriad of subjects (Just drive around with him for a day, and watch as he pinpoints year, make, and model of every classic car he passes), and he’s really funny. He’s the Ari Fleischer of Twitter politics. All this is to say, he’s way ahead of the game. Comparing his Father’s Day post with this one for Mother’s Day, it’s clear he’s as much his mother’s son as he is his father’s. A more well-rounded man, I’ve yet to meet. Thank you, Joe, for your friendship. 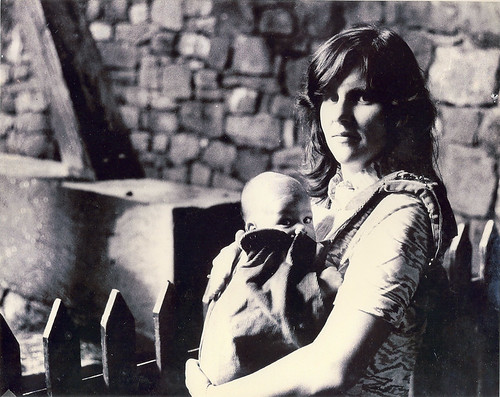 I’m a mix. 50% of the Smartass my Father is and 50% of the Gentleman my Mom always wanted me to be. I say that tongue in cheek. My dad is certainly a gentleman by anyone’s standards, but he is, by all means, a smartass as well. It’s his most endearing quality, and I love it.

Mom grew up in the Midwest. Toledo, Ohio. Maumee, if you actually know Ohio. She spent her entire childhood there and is very much a Midwestern girl. She moved in with family friends for a year just to finish High School in Ohio. The rest of the family moved east to Delaware, when her father was transferred for work. Following a year later, she met Dad while attending junior college in Delaware. She was a Gillon, he a Gannon. They sat next to each other. Now well-adapted to coastal life, most assume she’s a native Delawarean.

Growing up, she’d leave me at a friend’s house with a single phrase, “Joseph, be a Gentleman.” No matter the situation, I was to be a Gentleman. I can remember not knowing what it meant to be a gentleman, but I assumed it meant not being a smartass, saying please and thank you, and putting my napkin in my lap. I think the best thing about her tutelage was that she never instructed me on what exactly it meant to be a gentleman. She let me figure that out on my own.

Mom was an English teacher for more than 25 years. She encouraged me to read the classics and I did my part to ignore that advice. I have worked hard to make up for it ever since. She was successful at impressing upon me the importance of being a well-spoken, competent writer, my grammar corrected at every turn. Term papers were edited by my toughest critic before they even made it to the classroom. I remember a time when mom drove me to a lady’s house to learn origami for a paper in fourth grade. I’d planned to copy what I found in the encyclopedia. She had other plans. She wanted me to experience the topic for myself, to develop my own thoughts on the subject. I can’t thank her enough for her guidance. I’m realizing, only as I crest 33, that while dad may have taught me how to start a fire, mom instilled in me the desire to assign it a series of alliterative adjectives — father feeds the fluorescent flowers of the flame with their fierce heat and ferocious flash. All Gentlemanlike.