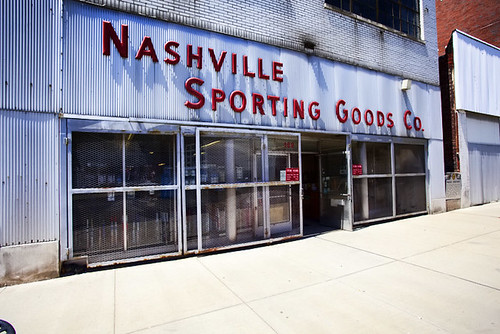 I have a peculiar sense of direction. No one would describe it as “good,” though many have noted I always get where I’m supposed to go, and occasionally, in taking an indirect route, the road less traveled if you will, I uncover something miraculous along the way. On a recent trip to Nashville with my good friend Joe Gannon, if not for a wrong turn on our way to breakfast at Marché, we would have never known that a store called Nashville Sporting Goods existed. 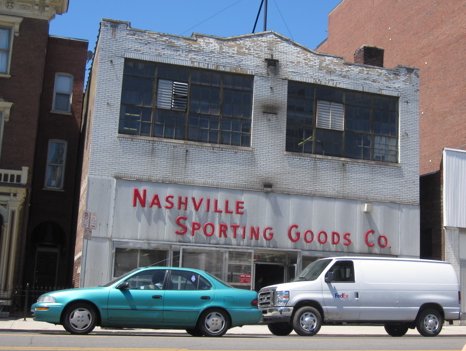 “Oh, did you see that?”
“What?” I said, staring at the GPS, trying to determine how we’d missed that turn.
“‘Nashville Sporting Goods.’ Place looked awesome.”

“We should check it out after breakfast.”
“I’m in.” 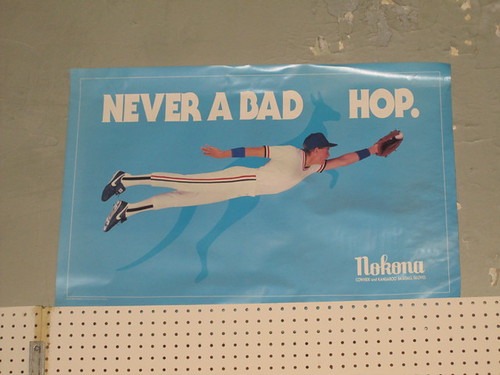 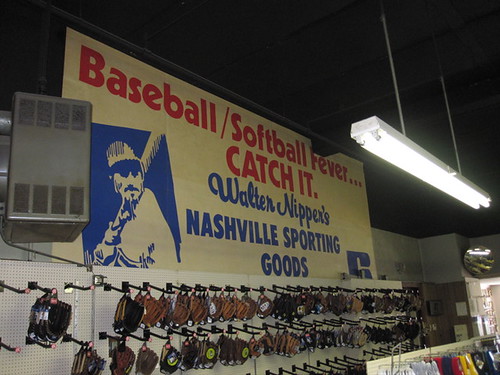 Stuffed to our gullets, we returned. After months of obsessing, Joe finally picked out a pair of coaches shorts made by Bike. He bought an adjustable baseball belt for his son, Quade, and we both eyed their selection of Nokona gloves. Amid our mourning the peril of the great American-made T-Shirts of our youth, and our admiring the vintage Nike posters tacked all over the first floor, Joe got a hankering for some coaches shoes to go with his new shorts. 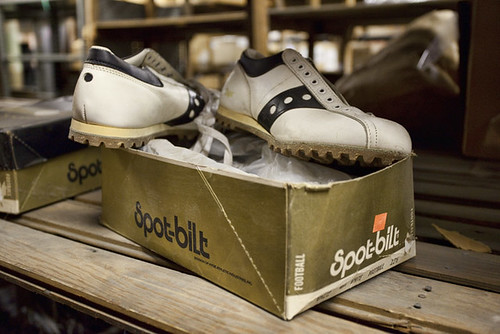 That’s when he asked the sales clerk, Ryne, “Hey, you got any Spot-Bilts?”

And that’s when our wrong turn may have become a right one. 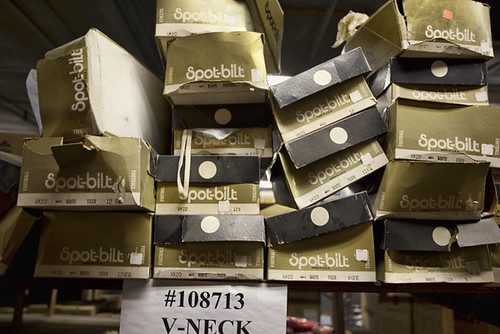 Sometimes, you gotta push your luck. 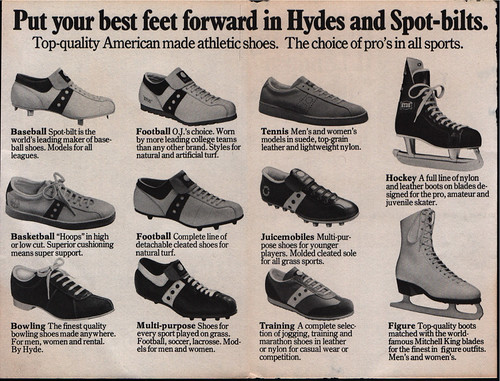 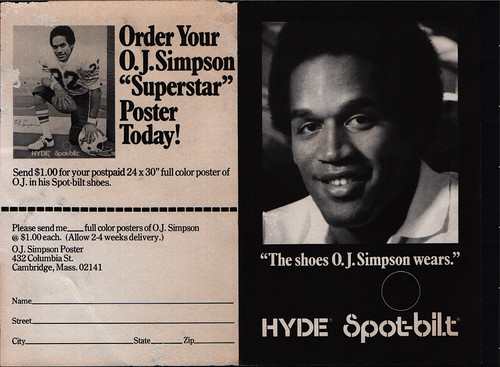 Ryne could’ve said “No, I’m not allowed.” He could’ve even been nice about it. He could’ve told us to shove off, but on this particular Saturday, with no one in the store, halfway up the creaky wood staircase, he said, “Yeah. Sure. Come on up.” And we did.

When Joe arrived at the top, he turned around and looked at me wide-eyed. Just beyond the door, at the top of the stairs, were rows and rows of blaze orange vintage Nike boxes. 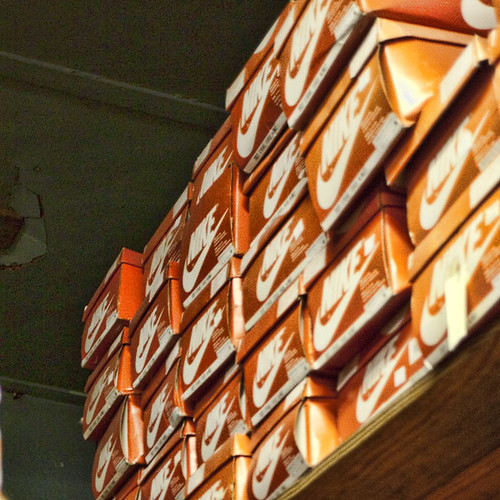 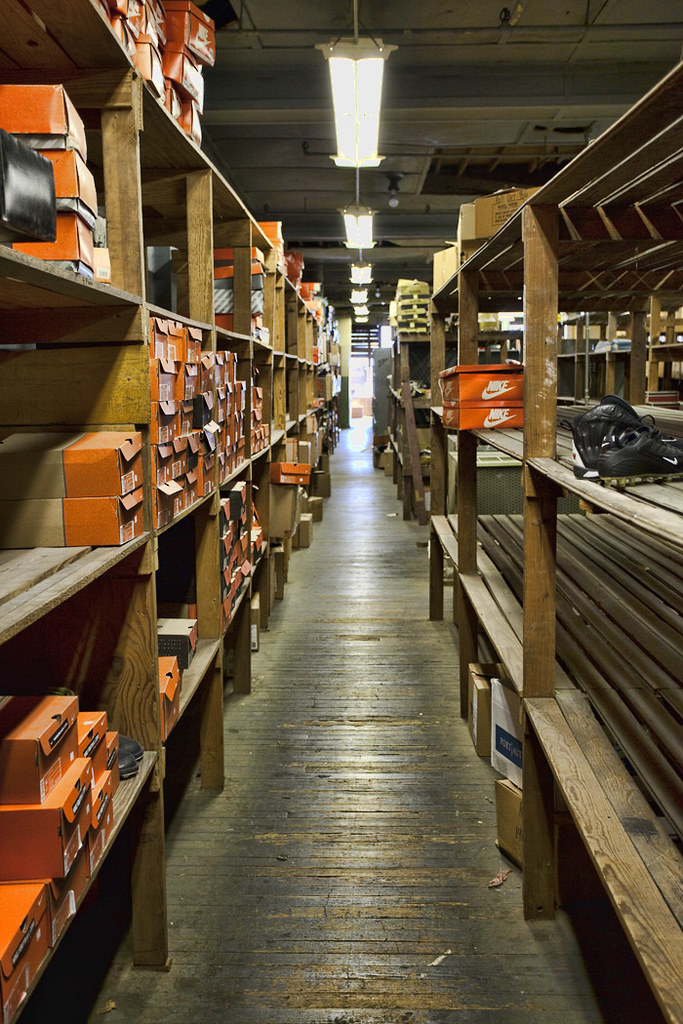 As we rounded corner after corner, we uncovered the most insane collection of vintage athletic shoes I’ve ever seen in one place. 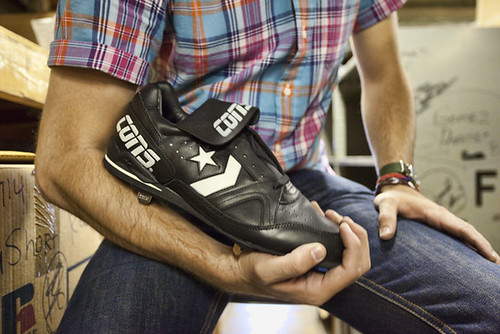 These shoes are so tough. 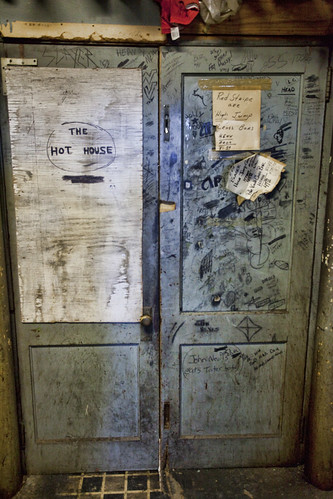 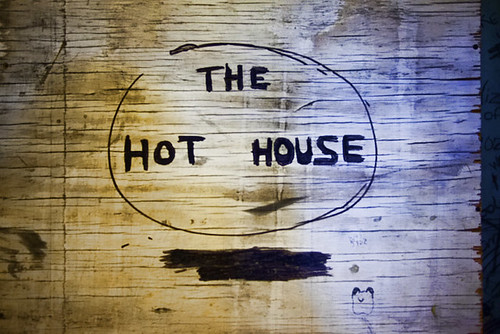 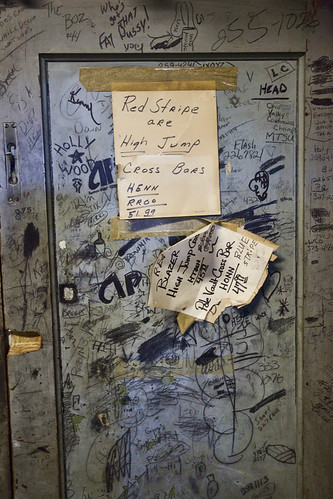 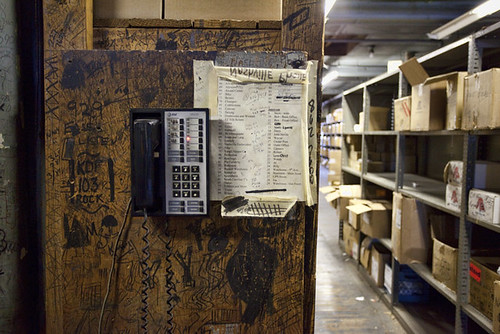 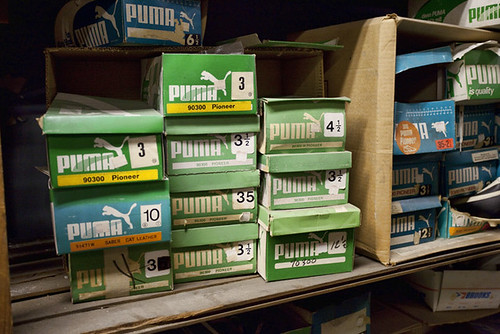 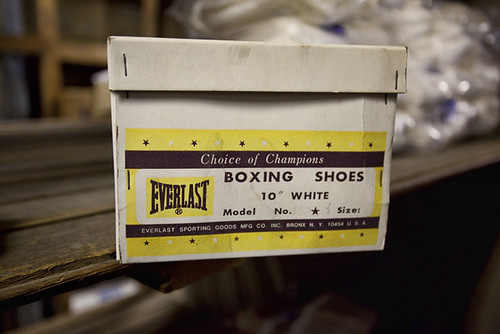 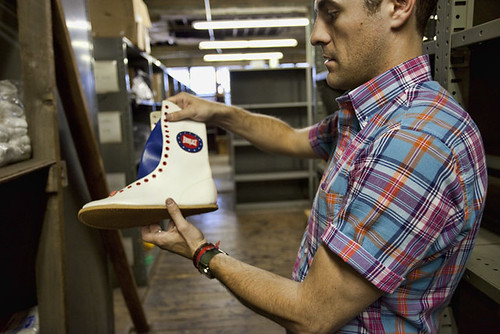 These red, white, and blue, leather-soled Everlast boxing shoes were stamped, “Made in the Bronx.” 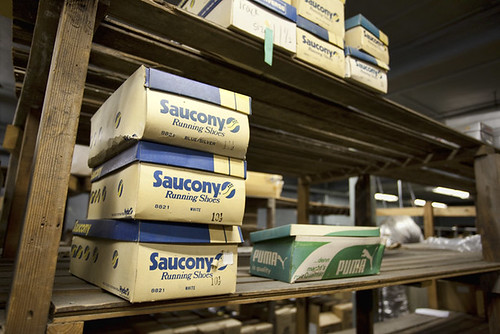 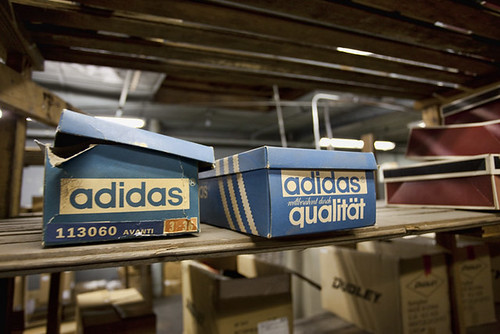 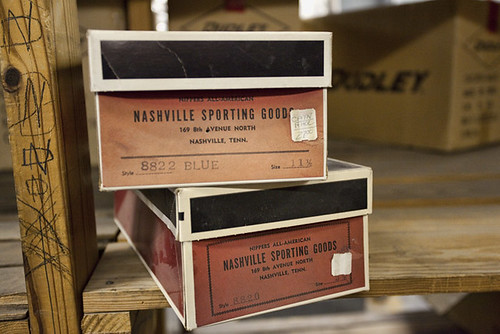 Digging through box after box, we found old dolphin shorts, football half shirts, and I found a box full of umpire’s stirrups. 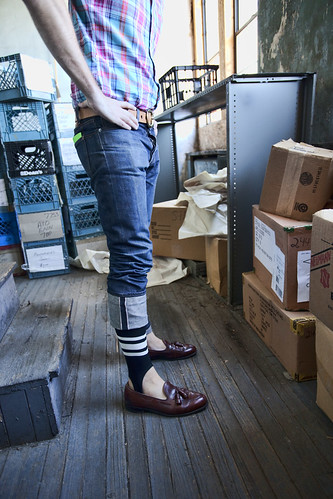 “Oh, when I was little, I made my grandmother sew me a pair of these the night before my first baseball game!” Joe exclaimed.
“Put ’em on,” he said. 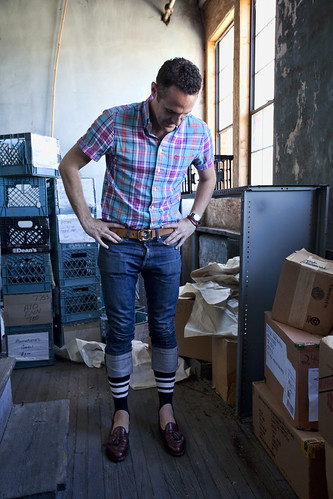 “You look…”
“Awesome?” I asked.
“You’ve say ‘awesome’ like nine times since you’ve been up here.”

We said “awesome” a lot that day. This place is a relic. For about two hours, we paced the warped floorboards, trying to figure out how to ask if we could help them sell this stuff.

“They have no idea what they have here,” we kept repeating between hushed exclamations of “This. Is. Awesome!” 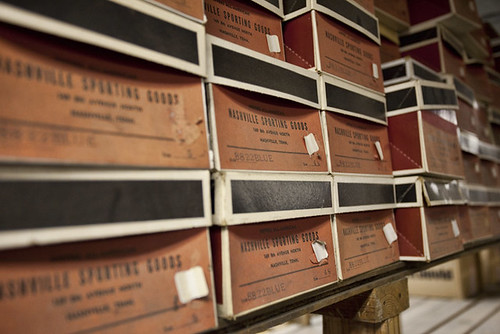 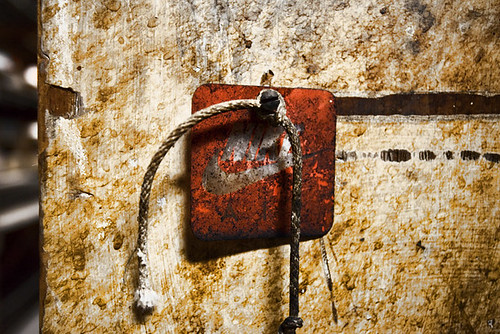 As we’re still scratching our heads over what to do with all this stuff, and we spend hours thinking about all the sporting goods stores across the country and around the world with new, old stock collecting dust, just waiting for us to come and document them, I can do nothing but remind myself, time and again, the reward is in the journey not the destination. And as I continue to navigate this life, as circuitously as possible, as more wrong turns become right ones, I can do nothing but sit and smile at my good fortune. I think about the people, the places, the things I’ve seen, and it’s awesome to realize: I’m one lucky guy.

Special thanks to Joe Gannon for sharing his photos and for sharing in such a great time — just two guys hangin’ out in the attic of aging sporting goods store. And thank you, too, to Ryne at Nashville Sporting Goods for allowing us to spend an afternoon digging through dirty boxes of smelly old gear, having a ball in the process.