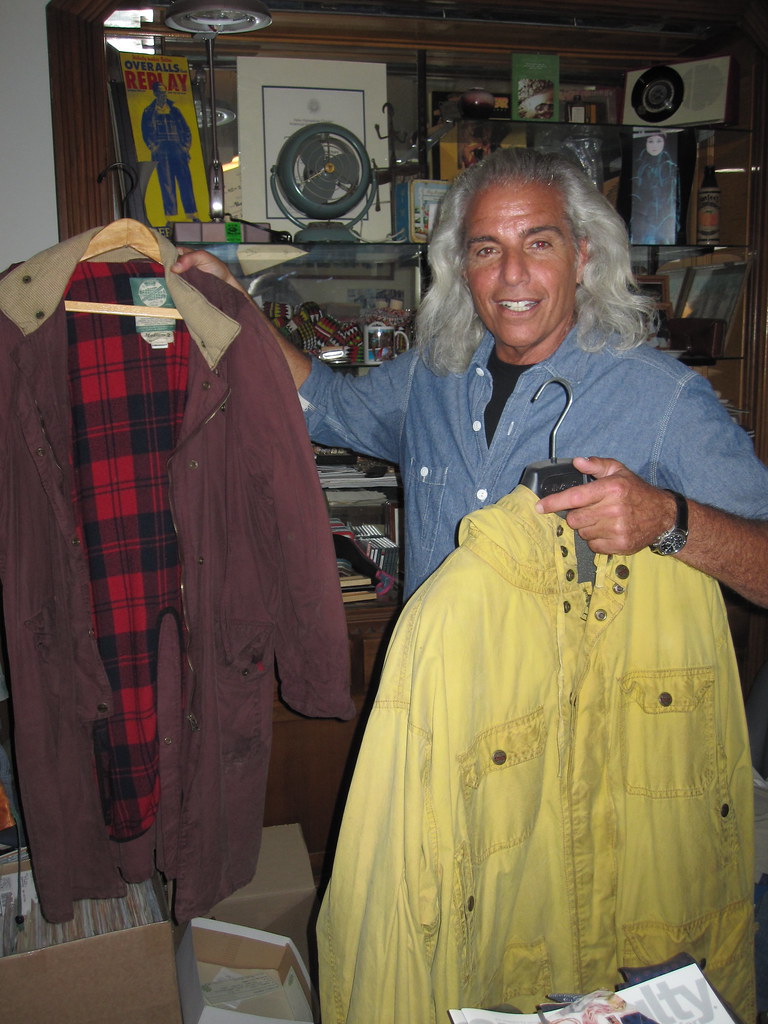 I’m not sure he would appreciate me saying so, but that was my initial impression of Kenny Fabrikant owner of Hanover, New Hampshire’s Rosey Jekes. 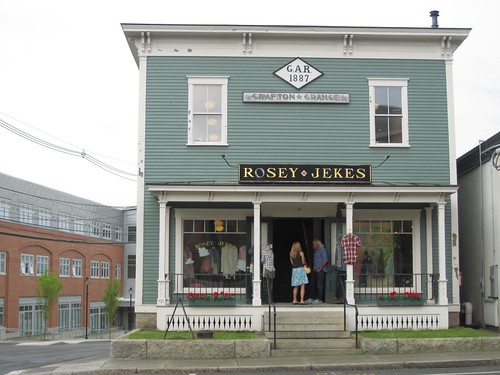 As I’ve made my way around the country, sharing stories with many of my heroes in this business, when I mention Rosey Jekes, I get one of two responses:

The latter understand all-too-well what I have come to learn in the year since I first heard of this mythical place, this Rosey Jekes, and of the mythical retail rock star who runs the joint. Six feet two, long white hair, Caribbean blue eyes, permanently tanned and always flashing a whitewashed rail of teeth, with a Bronx accent that has been cooled by the mountains of New Hampshire, Mr. Fabricant is exciting. 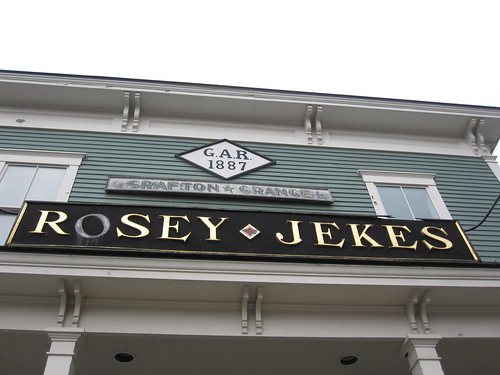 “Do you like it without the ‘O’?” Kenny asked. “It fell off a few years ago, and I never replaced it.”

I first learned of Rosey Jekes when Emil Corsillo of The Hill-Side asked, “Dude, do you know the store Rosey Jekes? I guess it’s like a sandwich shop with men’s clothing? It’s on Dartmouth’s campus.”

I sent a text to my friend who went to Dartmouth.

She wrote back, “The panini place? Their clothes were all really expensive… and really beautiful.” 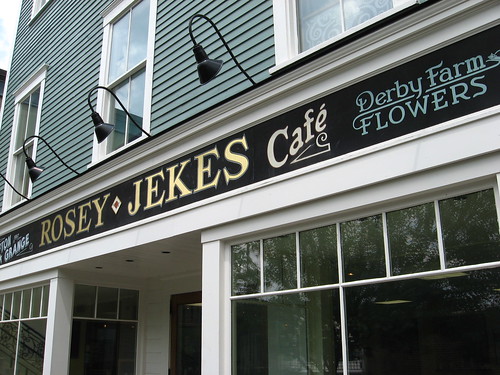 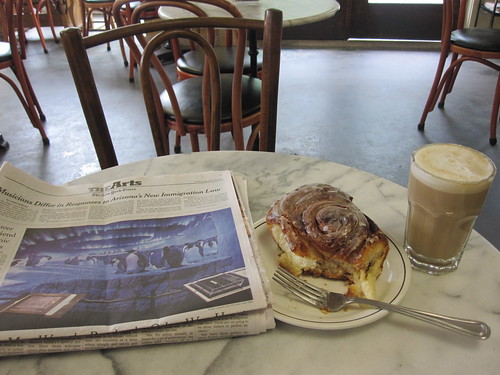 I started my day in the cafe. 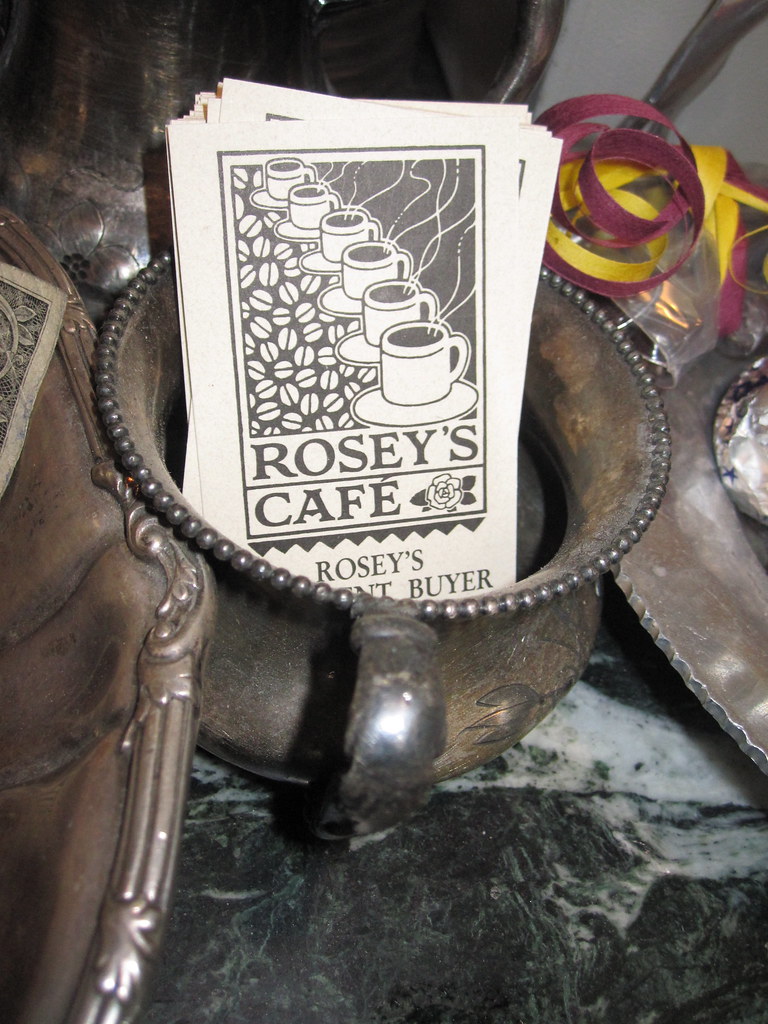 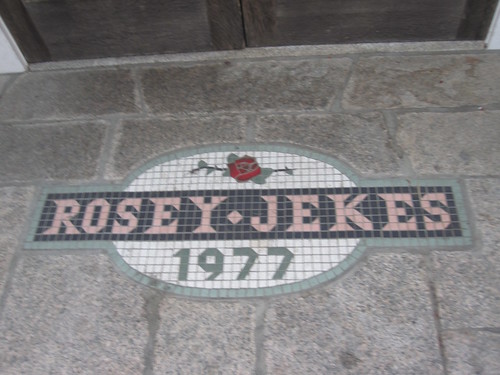 And then, in January at The Ace Hotel, I met Kenny Fabrikant.

And man, life was suddenly better. He lit up the room. I’ve heard people described as “so chill.” Kenny is sub-zero. He floats through the day like an ice cube melting on a slab of concrete. Slick, unfazed. 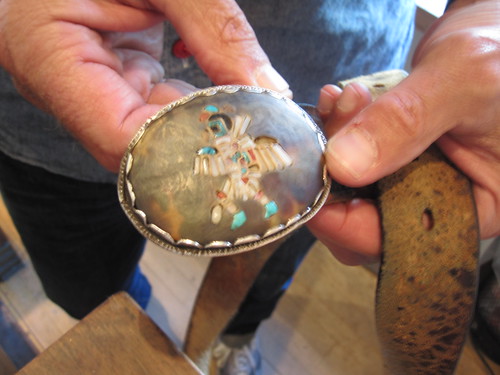 Kenny’s belt buckle. “Turtle shell,” he said. “Some of the turquoise has fallen out.” He bought it in the desert. It’s the belt he wears every day. 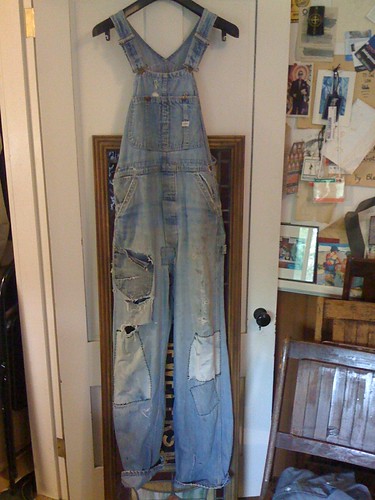 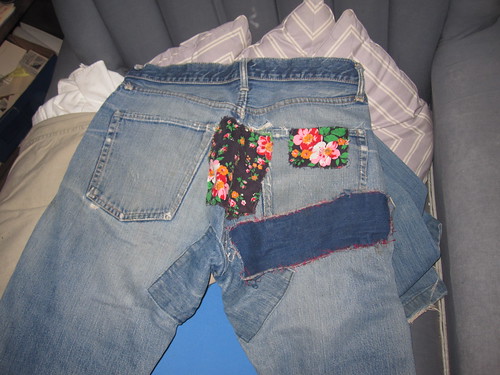 “I patched my jeans like that, because I had to. That was the only fabric I could find.”

In the sixties, Kenny wore patched jeans. Today, 501s, a chambray shirt from Engineered Garments, and a pair of New Balance 993s. It’s his uniform.

I’ve always admired men who can captivate with their storytelling. Kenny can yarn on better than anyone I’ve ever seen. He’s the kind of guy I’d like to have give me a wake-up call every morning. “Hey Max, man. Wake up, man.”

The man smiles, and he’s Burt Lancaster. Charming as hell, yet I know he could kick my ass in one swift motion. He’s a force. I watched him work a room of young buyers, fielding their questions like the White House Press Secretary. Everyone’s eyes were ablaze. The man’s a walking sound bite. It’s as though he knows the answer before you ask the questions. 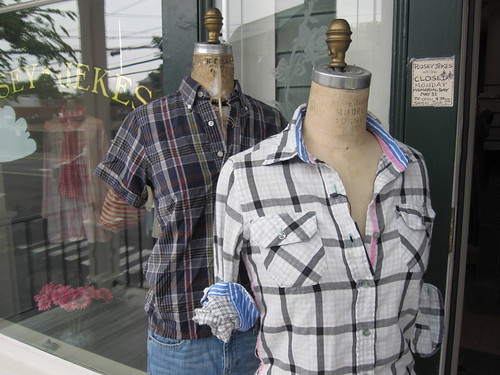 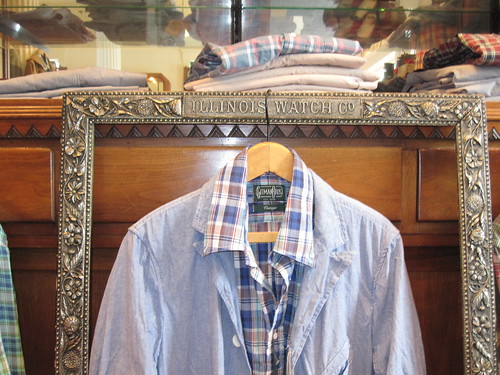 Many of the store’s fixtures come from an old jewelry store. 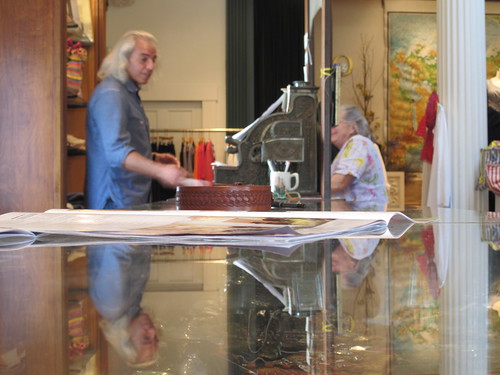 The first chance I could, while on vacation in Boston, I made the short drive to Hanover. After a quick breakfast at his basement cafe, I spent six hours picking Kenny’s brain, watching and learning as he worked the store, taking each customer in, asking about their families, listening to their stories about their garden or their grandkids like they were his own.

“Fashion is not a priority in New Hampshire.”

Kenny walked me through the store, pointing to items he purchased at market for specific customers. “We try to tailor our clothing to the people who shop our store.” 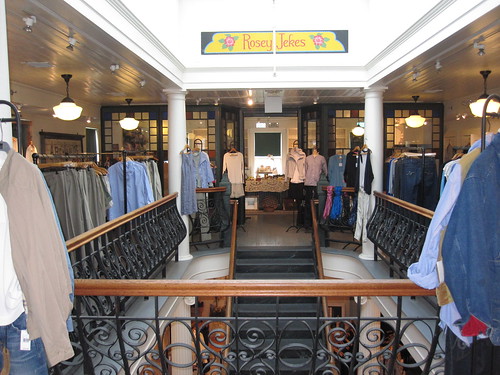 Kenny built the one-time grange building to be an experience. The wrought iron staircase came from an all-girls school in Indiana, the second floor storefront, with its handsome tempered stained glass, has a story all it’s own.

“Yeah, that was sitting on Main Street in Jeannie’s hometown. I went in, asked the guy how much he wanted for it, ripped it out of the wall and rebuilt his storefront right then and there.” People in these small towns don’t know what kind of gold they’re sititng on. 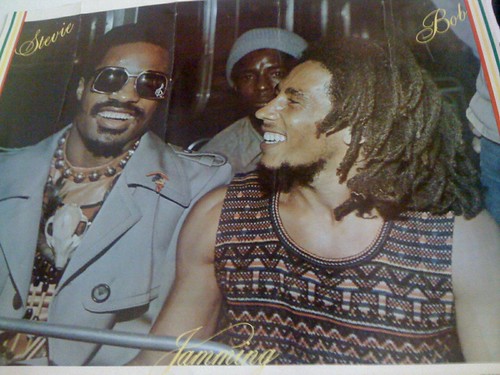 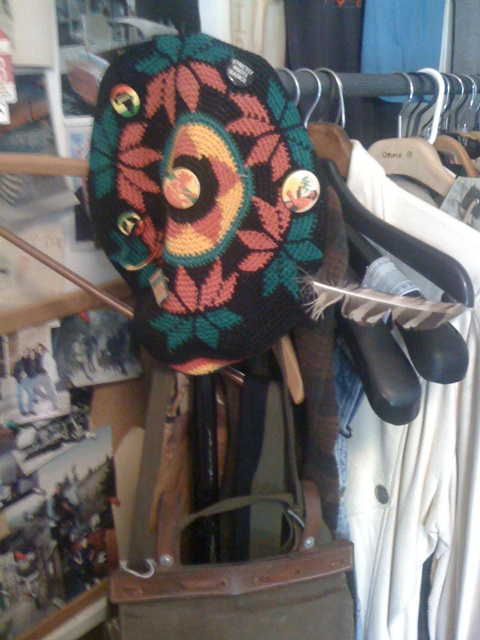 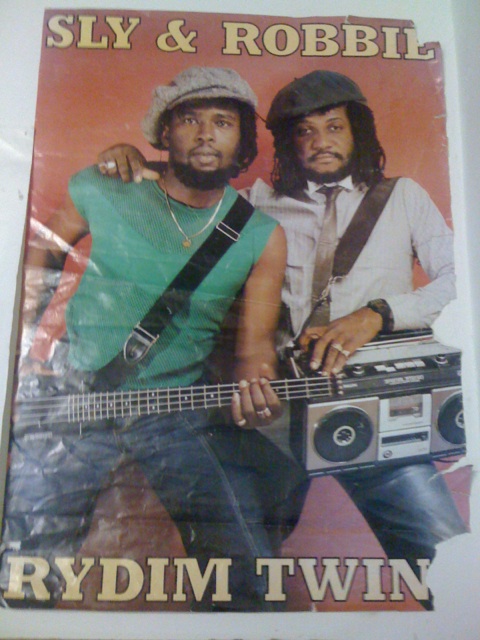 A corner of Kenny’s office is devoted to Ja.

The Fabrikants have built a beautiful beach-side residence in Anguilla, which Kenny uses as his escape. From his many stories of the Caribbean, I gleaned it’s become a second home. He makes it a point to visit at least twice a year. Kenny was kind enough to give me a CD with the latest offerings from Bankie Banx, the Bob Dylan of Anguilla and a close personal friend of the Fabrikants.

Kenny’s story is an elaborate one. In the midst of finishing a masters in English Lit, he was on the fast track in the garment industry in New York City, developing a product called “Simple Systems,” which he describes as a pre-cursor to Garanimals, the interchangeable, color-coded clothing matching system for children. He gave up to move to New Hampshire, raise two his two boys, and start a store with his wife, Jeannine.

“JeKes. Jeannie and Kenny, and we were young and our cheeks were rosie”: his origin story for the name. 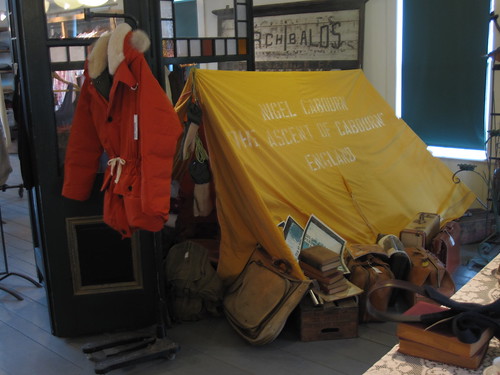 Rosey Jekes was the first place in North America to carry Nigel Cabourn. 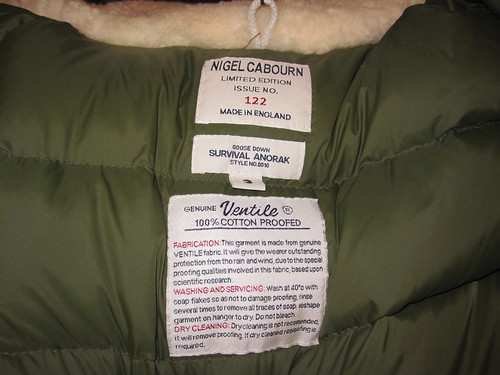 This limited edition down parka from Nigel Cabourn’s first collection is simply ridiculous. Done up in the colors of Sir Edmund Hillary’s first ascent of Everest, using period-specific materials like Ventile, and made entirely in England, it was hard for me to put it down. According to Kenny, it is still for sale. In fact, he has several pieces from that first collection which are still for sale. 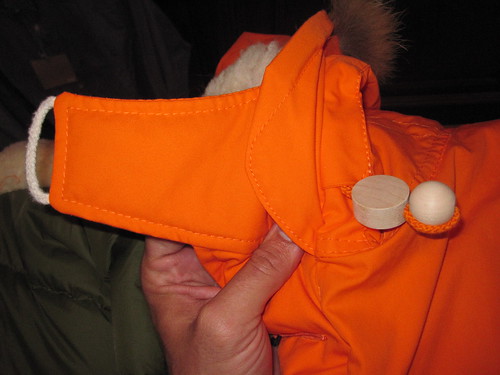 The sandalwood toggles had my jaw on the floor. 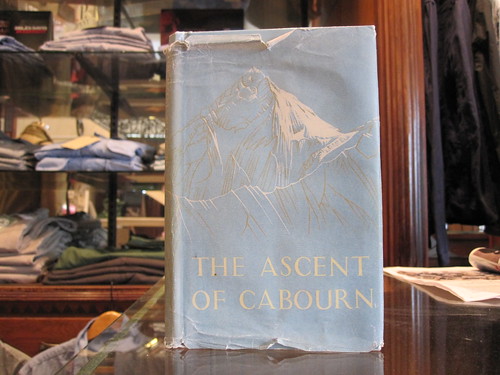 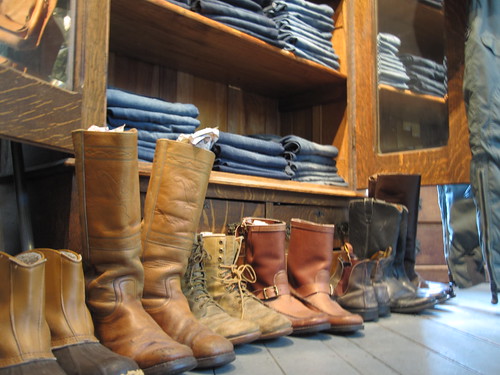 Rosey Jekes has since become the place to pick up classic pieces to complete any wardrobe. Stocking brands like C.P. Company, Engineered Garments, Gitman Vintage, Nigel Cabourn, and Stone Island, alongside select vintage pieces from his personal collection, Kenny’s been able to hit across a wide spectrum of price points, while still offering a unique assortment of the hearty goods one might have found in a New England general store a century ago. 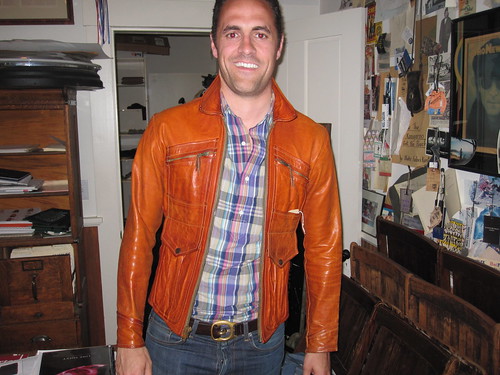 While living in New York, Kenny designed this leather jacket. “There was this guy down in the West Village who made leather jackets. I sat down with him, drew up this thing, these pockets, and about a week later, I had this jacket. It was $60.” Kenny’s now selling it for much more than that. “You’ll never be able to afford it. This thing is priceless.” If someone were smart, they’d hire Kenny to come and beef up their leather jackets. He showed me some of his other designs. “Classics with a twist?” I asked. “Yeah, man. You know, it’s the stuff you know you’ve seen before, but you can’t find it anywhere.” This man talks like I think. 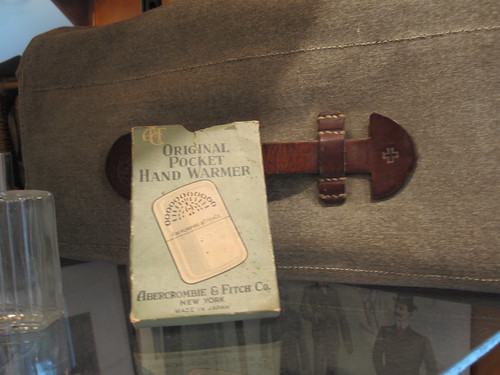 “Back when it was still an outfitter,” Kenny audaciously informed me.

From the looks of things, Kenny’s taken good care of his planet. Before we parted, Kenny left me with this gem: “Max, it’s like I tell my boys, ‘There are three things in life that are important: be kind, be kind, be kind.”

I’m so thankful to have been provided the opportunity to visit his store, to spend a day with Mr. Kenny Fabrikant. Sometimes, when it’s all I can do to get out of bed at six in the morning, to trudge out the door, another day on the clock, I think of Kenny and how he gets up every morning and makes it happen for himself, and I can hear him, Mr. Kenny Fabrikant, The Cool Ruler, softly goading me, “Hey Max, man. Wake up, man.” And life is suddenly better.