In my wildest dreams this place didn’t exist.

When I think about Al Capone, I imagine he looked after all these backroom hideouts, secret underground passageways, and speakeasies beneath every street in Chicago. 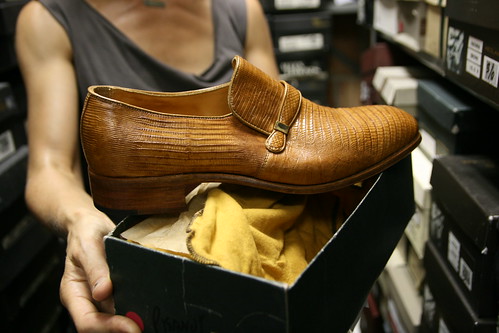 The Altmans are the Al Capones of men’s footwear. Under their postage-stamp-sized shoe store in Chicago’s Loop, for the last 30 years, in something like 20 rooms, they have amassed over 20,000 pairs of deadstock, vintage shoes. 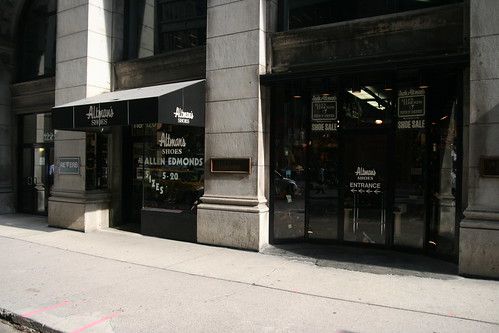 I first learned of this crazy place from Jessica Herman, after Dana Altman wrote to clue her into this incredible find, and immediately, my mind raced like it did the day Joe Gannon and I took a wrong turn and ended up in the attic of Nashville Sporting Goods. 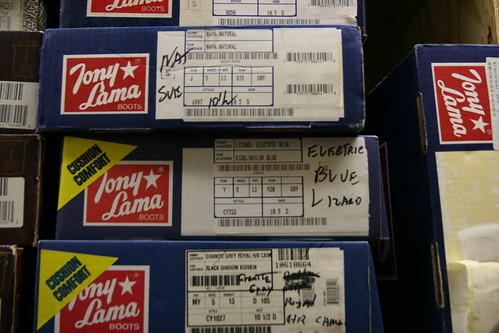 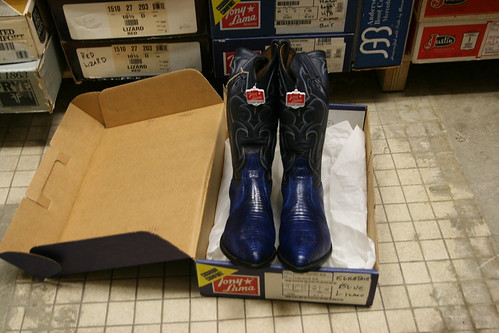 “My sister invited me to have lunch down here,” Dana told Jess and me when we visited a few weeks ago. “And I was like, ‘What is all this?'” 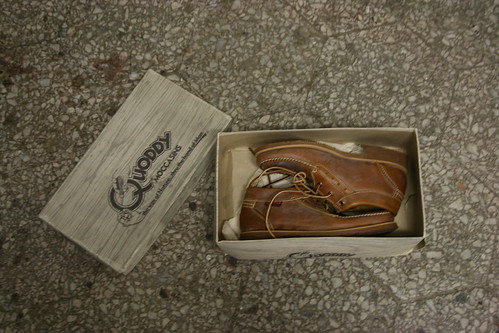 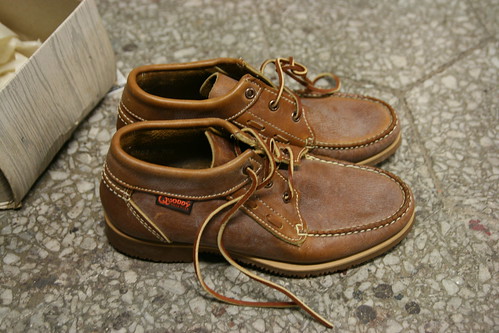 With selections from All Plaidout favorites like Alden and Quoddy, and hundreds, possibly thousands of other brands, there’s something for everyone, man or woman. Though the shoes were made for men, there are a considerable number of really great-looking shoes in smaller sizes (Ladies, who among you doesn’t want a pair of vintage Aldens?). 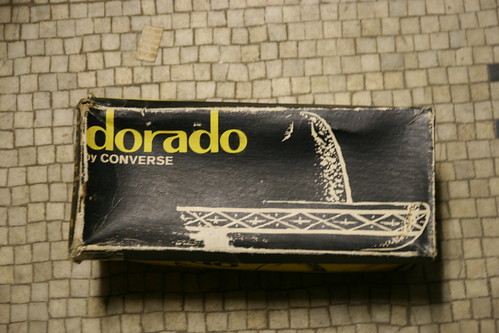 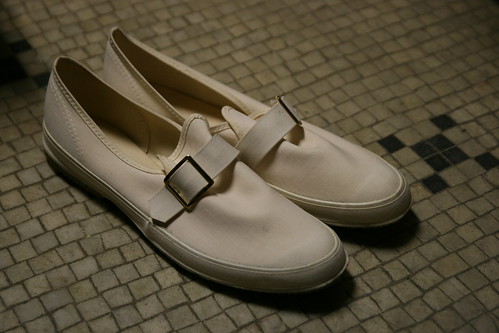 The rooms are organized by a series of numbers, written on the wall next to each door. The numbers all have meaning for which the Altman sisters’ father wrote a legend. Next to one number, for example, he scrawled the letters “H/S” for “handsewns.” 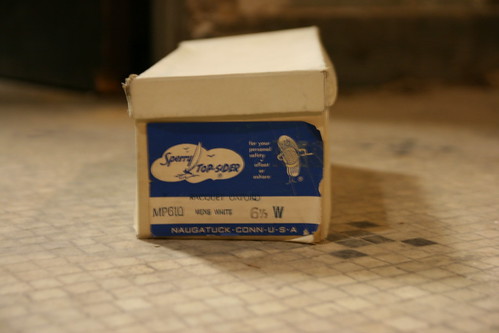 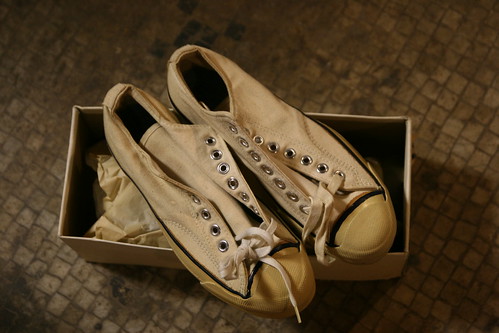 Racquet Oxford from Sperry Top-Sider, Made in Naugatuck, Connecticut, USA

Each room has rows of metal shelves, stacked floor to ceiling with musty, dusty, old boxes, the glue and cardboard separating, and in many cases the glue and insole separating. That isn’t to say there aren’t absolutely pristine finds. I was able to find a pair of Clark’s Desert Boots, in sand suede, in my size. I was told they are from the seventies, before Clark’s moved production from England to Ireland (and eventually to Vietnam and all parts of the globe) I could have walked up the stairs and out the door with those puppies on my feet, if only I could have justified their $200 price tag. The Altmans know what they have, and they’re asking top dollar for it. 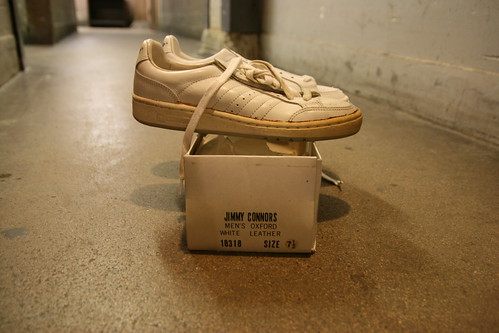 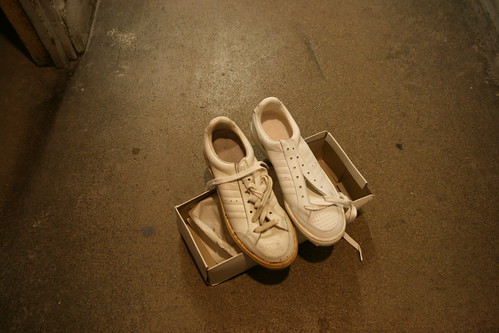 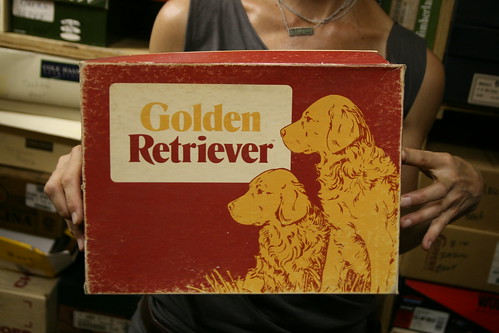 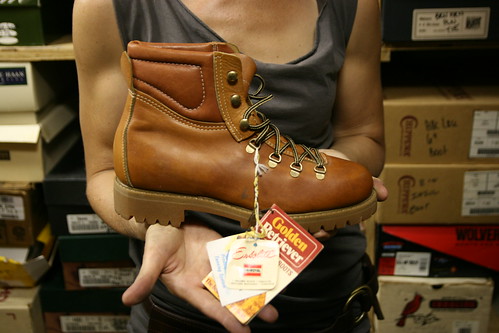 They began by selling several pair on eBay, allowing friends to come to the store (Dana mentioned something of a Japanese buyer), but knowing the shoe store’s extremely unique story makes for a great shopping experience and finding they were unable to fetch realistic amounts for these rare birds, they closed shop on eBay. They have begun to invite any and all comers to experience shopping in Chicago’s underground. Dana’s referring to the vault as “Altman’s Legacy.” 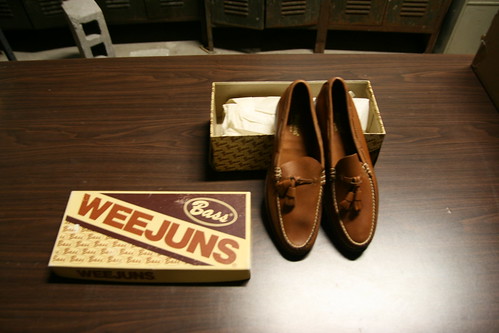 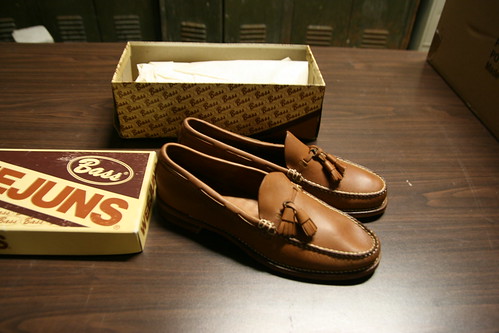 These tasseled Weejuns from G.H. Bass were my favorite find in the vault. It’s only too bad they were sold to an eBay customer, and they were not my size.

It’s my hope you’re all able to experience this once-in-a-lifetime shopping experience. 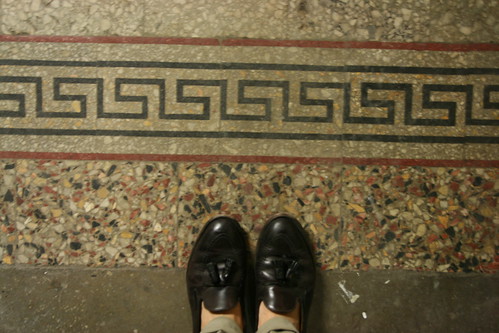 For more on the vault, read the piece in Time Out Chicago.
For more photos of my visit, see Flickr.