Recently, Liz Patelski and Lisa Panza, two designers I’m fortunate enough to call friends, launched the first collection for their line Remi Canarie. To say the two LPs have had an eventful year would be an understatement. Not even a full 365 days after graduating from the School of the Art Institute of Chicago, they have traded in their mortar boards for something a little more elegant, a well-thought-out, complete line of classics for today’s world-wise, modern young woman. It’s hard for me to imagine now, but a little over a year ago, Lisa wrote an incredibly flattering e-mail to me and Joe Gannon in which she asked to be Buckshot Sonny’s intern. Though we weren’t in need of one at the time, I did a little snooping, and I realized what a talented designer she was, and yet still a student. I couldn’t wait to meet her. From our initial encounter, we decided to collaborate on a small project I’d been assigned by a local restaurant. Though nothing much materialized from the work, a bond was formed, and I became an ardent fan and supporter of these two. Their meteoric rise is thanks in part to a grant Liz received upon graduating. She won the Eunice W. Johnson Fellowship, awarded to one member of the senior class of the fashion department at SAIC. She wrote an essay describing what she’d do with the money as well as present illustrations, technical drawings, a fabric story, and inspiration boards. All her hard work resulted in Remi Canarie. They named their line “Remi Canarie” in tribute to On the Road‘s Remi Boncoeur and a neighborhood called Canaryville, one of the oldest in Chicago, where the sparrows fed on the feed leftover in the stock yards and the youth gangs were referred to as “wild canaries.” For their debut, they divined inspiration from the stories of youthful exuberance found in Kerouac’s novel, the energy of the hard-scrabble working class that helped to established their hometown, and images of early football players and, of course, The Rolling Stones. You can see the grounding in menswear in everything from the angular, masculine cut of their clothing to the selection of fabrics like British Millerain and heavy tweeds. 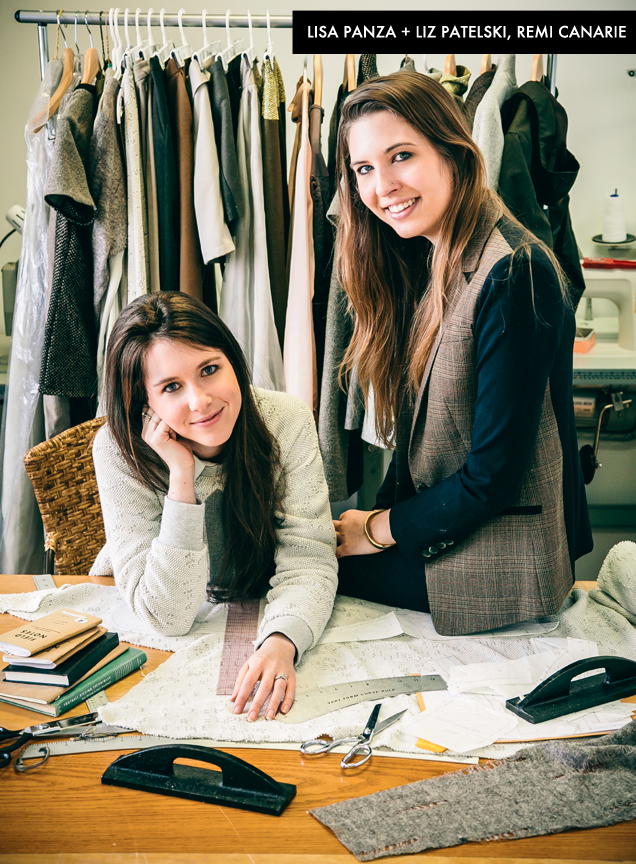 They launched in style with a fun party at Room 1520, an event space in Chicago’s West Loop. It was such a thrill to see how much they’ve matured in such a short span of time. I hope you’ll join me in looking forward, as these two birds from the Land of Lincoln set course to soar with Remi Canarie.

To get receive more information on carrying their line, please send them an e-mail: info (at) remicanarie (dot) com.