A couple years ago, on the phone with an ex-girlfriend, I made mention of the word, “hero.”

“You use that word a lot.”
“Hero?”
“Yeah. Have you ever thought about making a list of all your ‘heroes?’ Maybe you could do a blog post on it.”

I sat down after that conversation, and I jotted down the name of the first person to come to mind. And then I was completely stuck, fascinated by the name I wrote down. Not of some fancy designer, not of a leader in business, not of a musician, an artist, an athlete, and surprisingly, not of our father, it was the name of my brother. Ben’s a hero.

Ben, younger than me, moves with a force unlike anyone I know. From the time we were born, Ben was good at most things. Sociable, happy, athletic, smart to a point, and willing to work hard when the smarts quit out.

Unlike me, he always had many friends. He’s still close with a large group of them from high school and college. And he works to keep in touch with them, even though they’ve spread out all over the place.

When I think back to our time as kids, Ben was always more willing to share than his big brother. He was also more willing to destroy my toys when he didn’t get his way (I recall a certain G.I. Joe birthday where legs literally flew). He was also quick to provide a genuine “Thank you,” thus making mine appear a formality, more than a true showing of gratitude. But how can I fault him? He is just nicer than me.

Today, I’ll continue expounding on why my brother is a hero, but first, it’s important to understand why his contribution comes five years into this series. In about two weeks, for the first time, Ben is going to be a father. That also means for the first time, my dad is going to be a grandfather. This year seemed like an appropriate one to include something from the two most important men in my life, and my father’s post will follow Ben’s later today.

Ben. Ben is driven. Ben is sweet. Ben is curious. Ben is pious. Ben is a student of — and for a time, he was a teacher with — the Jesuits. Ben is well-versed in English Premiership. Ben can wander off unannounced at times. Ben has a terrific, distinctive laugh. Ben is a son. Ben is a brother. Ben is a husband. Ben will be a great father.

Before you read what he wrote, I feel it’s my duty as his older brother to share a story that pertains to the one you’re about to read. In the summer of 2002, Ben was set to leave for college, and my parents were preparing for an empty nest. We were approached by the local NBC affiliate to play the centerpiece on the subject. In the segment, the question was posed to each of us, separately, “Who will take it worse, mom or dad?” My mother responded that they would both struggle, but ultimately it would be harder on my father. I said, “My dad.” My father’s response took the cake: “I’m going to be a mess,” and Ben — Ben who’s never wrong, said, “Definitely my mom.”

An important fact to remember while enjoying his story. 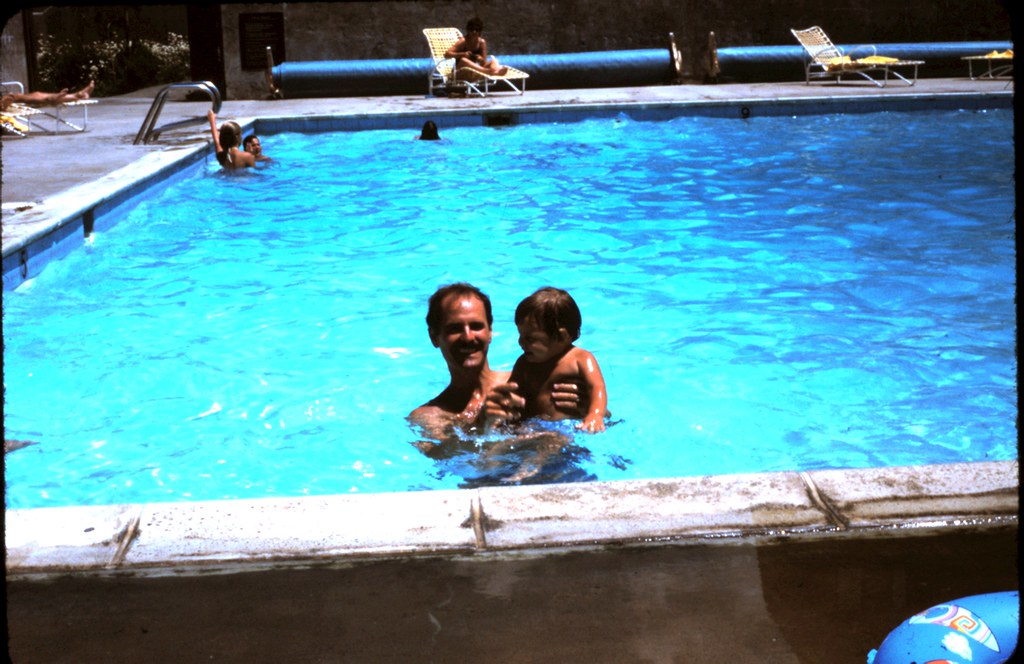 “Dude, Benny, what’s wrong?” Leaning against the wall of Dahlgren Chapel, I was starting to make a scene. I could not remember the last time I had shed even a single tear, but I had chosen an awkward time and place to start sobbing. My friend Bobby and I had opted for the 11:00 PM Sunday night Mass, and throngs of other college students had the same idea. He kept asking if I was okay, but I was oblivious. I was overcome with guilt. 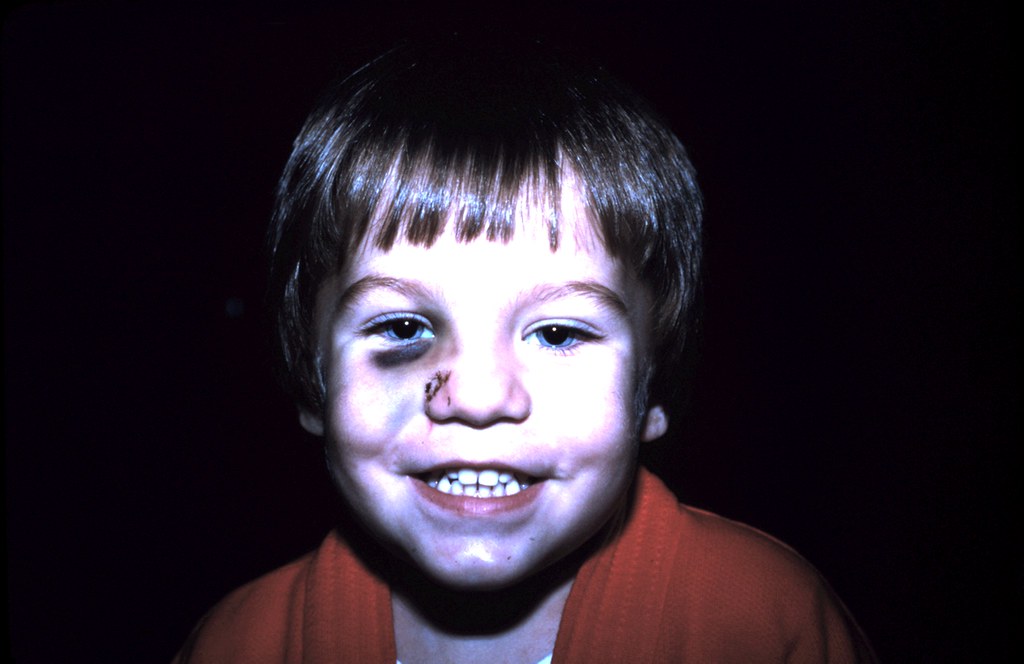 I had blocked it out of my mind for about a month, but in the solemn air of the cramped stone church, I couldn’t help thinking about saying goodbye to my dad when he dropped me off at college. About a month before that night, my parents had driven me from our home in St. Louis to Washington, D.C. for my freshman year. They stayed the weekend and helped me get settled in my dorm. I was psyched to be there. I started making friends before my parents even left. My parents did their own thing for much of the weekend while I swapped cell numbers with other eager Hoyas, already cultivating a new family.

That Sunday afternoon, my parents found me in a circle of my new peers and told me that they were going to start the drive back to St. Louis. Their departure seemed so abrupt. We hadn’t discussed when exactly they were leaving. And did we really have to say goodbye in front of so many people!? My mom gave me a firm hug and told me I was going to do great. My Dad grabbed my scrawny frame and squeezed. When he released me, I could see that his face was red, and he said huskily that he loved me. Tears streamed down his face, and he trembled a bit as he tried valiantly to say something else. 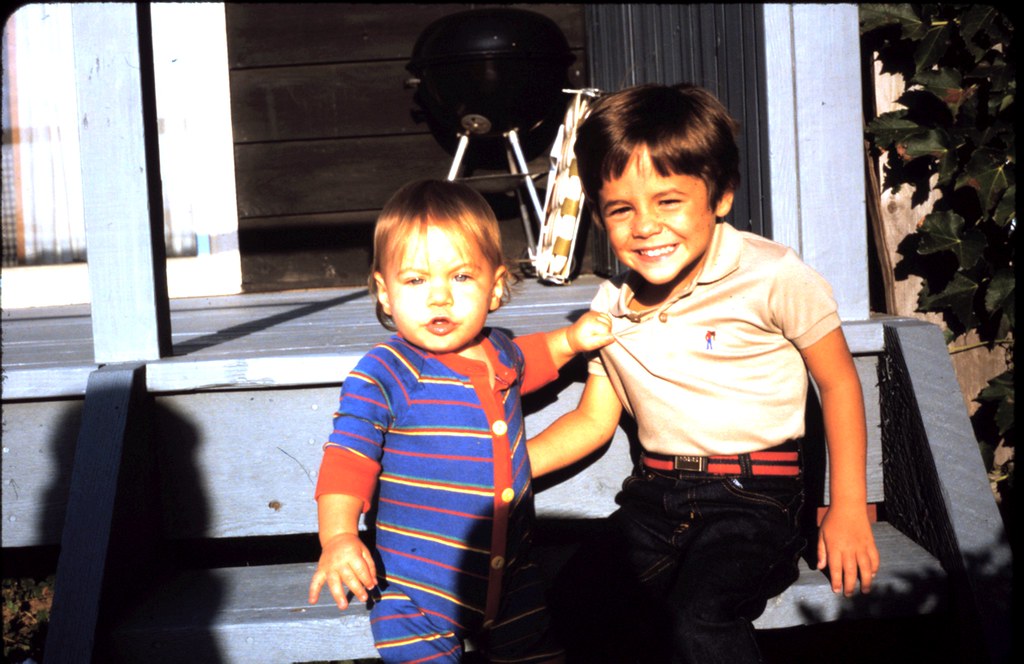 I had never seen my Dad cry before. I was so in shock in that I couldn’t even react or reciprocate the emotion. My stomach sank with latent regrets. My dad’s flood of emotion caught me completely off guard, and before I could figure out what to say, he was gone. 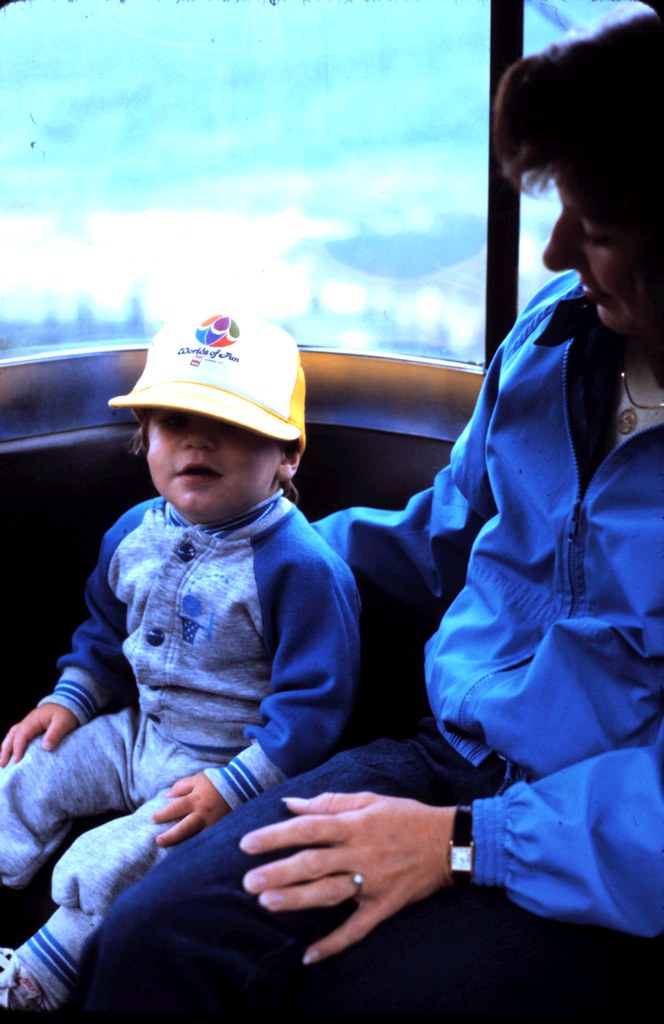 Ever since I was little, I have tried to copy my Dad. He bought me a toy lawnmower so I could follow behind him as he mowed our expansive lawn on the plains of Newton, Kansas. When I started school, I woke up at 6:00 AM everyday so I could read the paper and eat cereal with my Dad. He always gave me the sports page. Unlike most of the men in church, he sang the hymns, so I sang them too, at least the words I could read. My dad always shined his own shoes, so I shine mine too. The clerk at the shoe repair shop down the street thinks I’m in the military. Always comfortable in nature, my dad led me on intrepid adventures. On a family vacation in Yosemite National Park, he allotted some time for just him and me to go on a bike ride up a mountain. “Binny! Follow me!” he shouted as he leapt off his bike and scampered down an unmarked trail. I was hesitant to enter the thick brush, but I trusted my dad’s instincts. Before long, he knelt down and parted two bushes with his arms to reveal a waterfall pouring into a cerulean swimming hole. We hiked down the ravine and dove into the frigid water. That was my first memory of swimming underneath a waterfall, and I haven’t found another as majestic as that one. 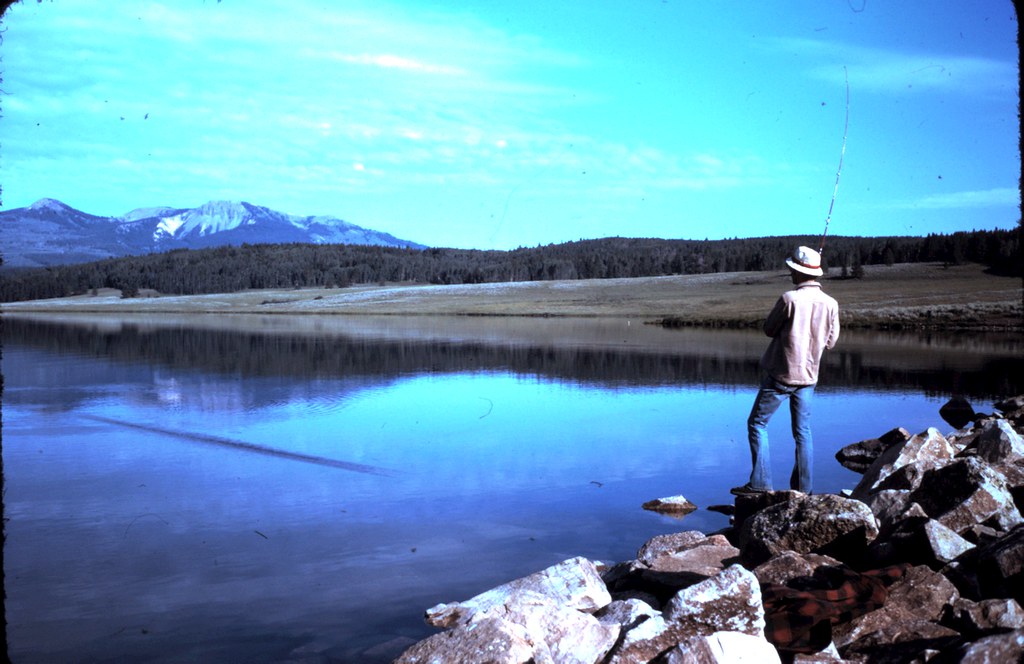 My dad taught me practical skills like how to play “pitch-and-catch,” to ride and bike, and to catch a fish, but he also passed down his values. In high school, I loaded my plate with three sports, student council, and as many advanced placement courses as the school would permit. As a result, I became very stressed out and mildly depressed. “When life gets overwhelming, simplify it,” my Dad told me. The message was obvious, yet profound. He never repeated this phrase to me, but it soon became part of my creed.

In college, I sought to determine my career path. It changed several times: diplomat, scientist, teacher, lawyer . . . I had trouble making up my mind. But on that night when I openly wept in Mass, my thoughts became lucid, and I came to a realization much more important than which profession I would choose. The image of my dad crying had haunted me since he left because until that night, I didn’t fully comprehend why he was crying. But suddenly, I was assaulted by memories of my father’s heroics and sacrifices: pulling me from the ocean after I hit my head on a rock playing in the waves; volunteering to be third-base coach on my baseball team when one of the other dads quit; staying up all night to help me finish my science project when I forgot to do it; and driving me to the hospital as I shrieked and shook because I had a splinter an inch long through my toe after doing a flip off of a balcony and kicking the wood paneling on the wall in the process. For as long as we were in his universe, my dad pushed my older brother and I into the center and orbited around us, watching over us, protecting us, and striving to make us happy. When we were no longer in that universe, I think my dad felt a little lost in space, at least for a time. An art history major turned financial advisor, he had sacrificed his dreams to raise us.

My dad was an outstanding father, but I felt like a lousy son. In high school, I focused all of my attention on my studies and onto getting into a good college. On the weekends, he would ask if I wanted to go the hardware store with him; I almost always declined (If you could see my home improvement projects today you would agree that I really should have accompanied him on those trips). Reflecting on the many missed opportunities to bond with dad, I felt a deep sadness that I would never get those moments back. But the powerful image of my dad crying also led to an epiphany. I wanted to feel that strongly about something. I wanted to be a father, and I wanted to be just like my dad. This Father’s Day is especially poignant for me because in a couple weeks, I will become a father too. Sometimes I wonder if I am ready. Will I measure up to the impossibly high standard set by my dad? Will I have the fortitude to make the sacrifices that he did? Luckily for me, my dad and I talk every week, and I frequently rely on him for help. There are still so many things left for him to teach me about being a good father.

That reminds me, Dad, can you take me to the hardware store?