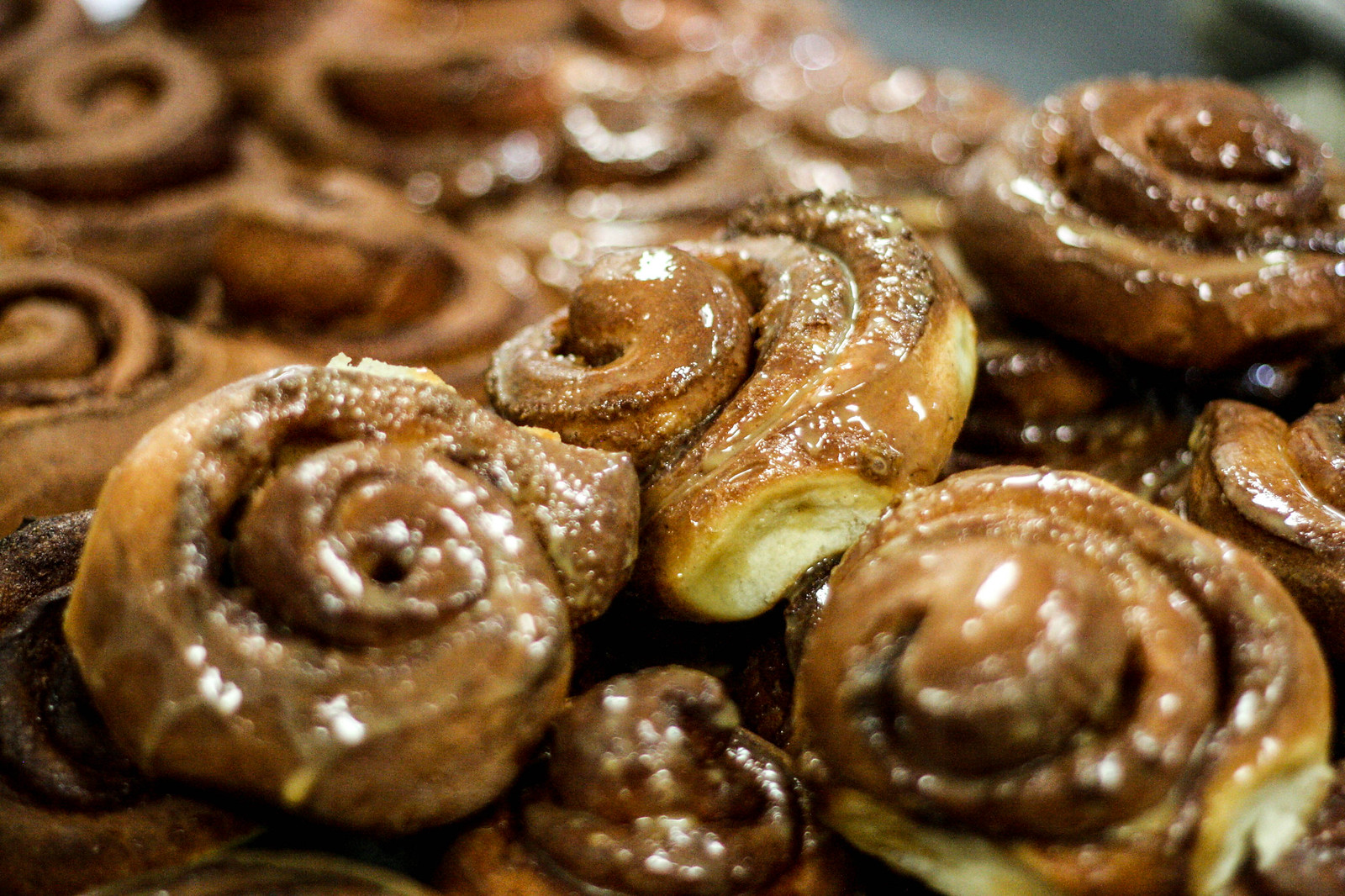 “When you get off the airplane, I have a little surprise for you.” 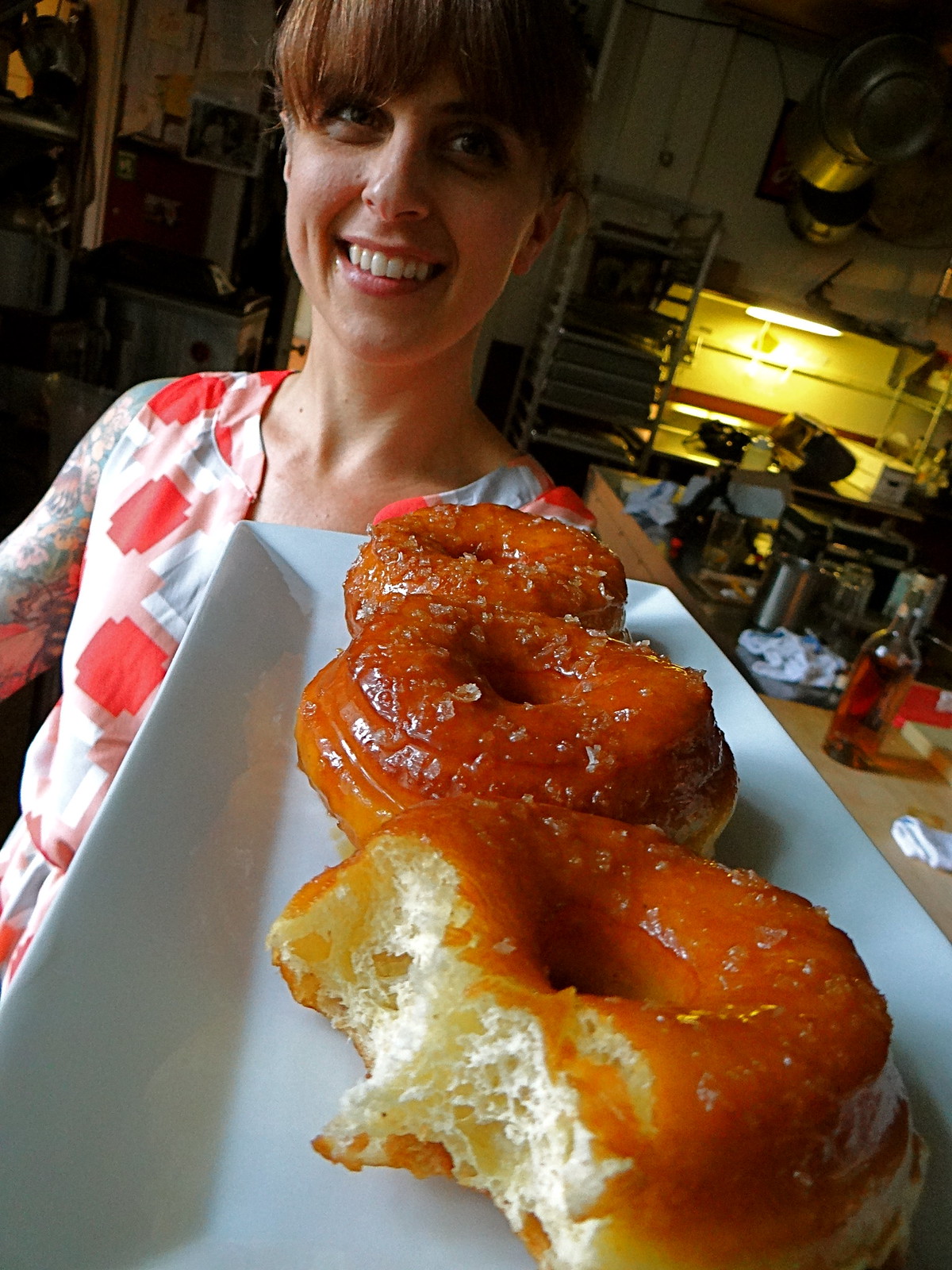 That’s how the text message read. What it didn’t say was that it was the best thing one road-weary traveller and his girlfriend could’ve possibly encountered. With a bottle of Basil Hayden’s bourbon whiskey in hand, Mr. James Fox of the blog 10 Engines met us in Sommerville, Massachusetts’ Union Square. He then lead us into Heather Schmidt’s Union Square Donuts grand opening. 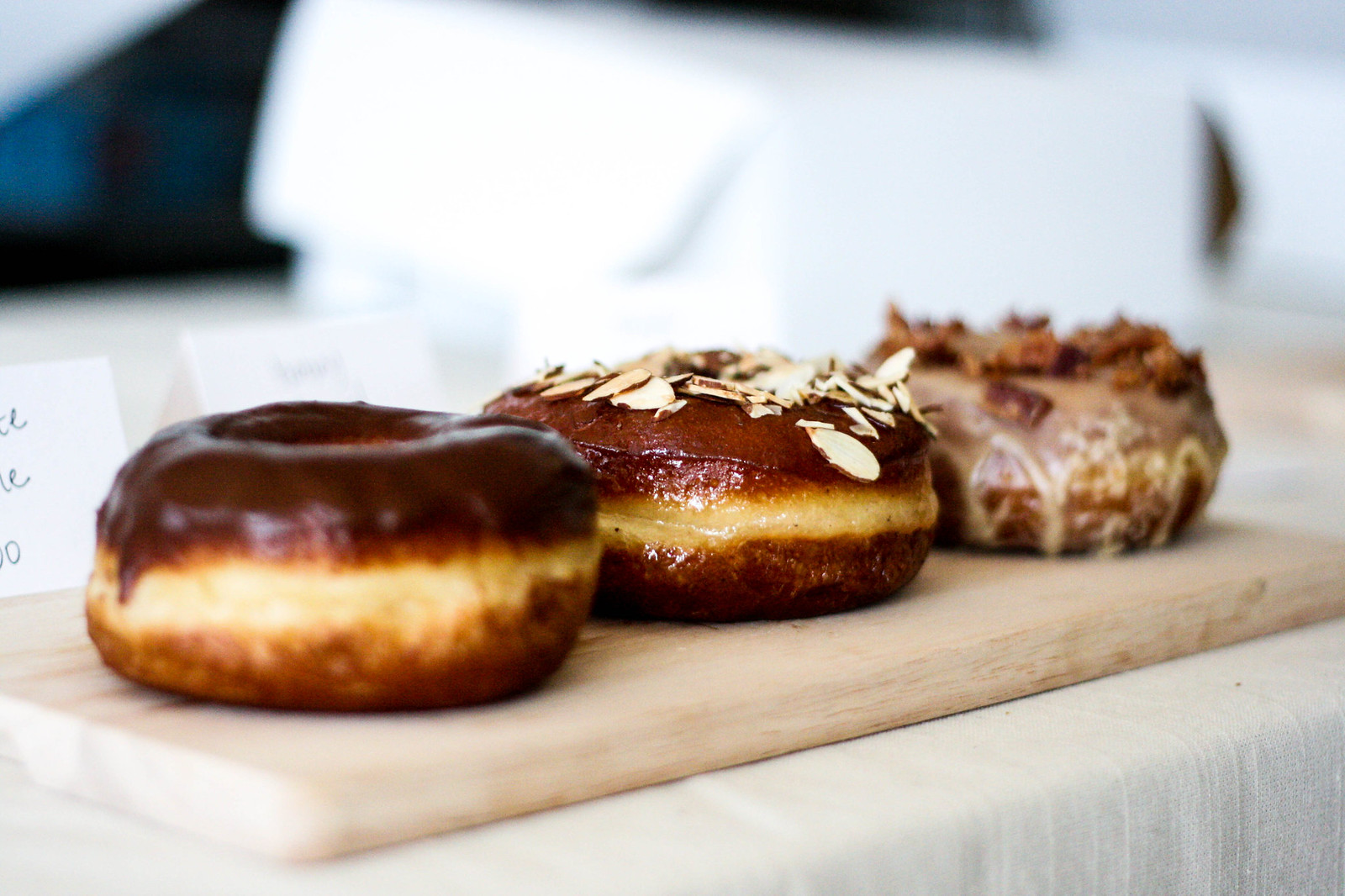 Among her first batch of donuts were a Dulce de Leche Cinnamon Bun, a Honey Almond, an Orange Ginger Cream, a Chocolate Chipotle, and my personal favorite a Maple Bacon Donut. 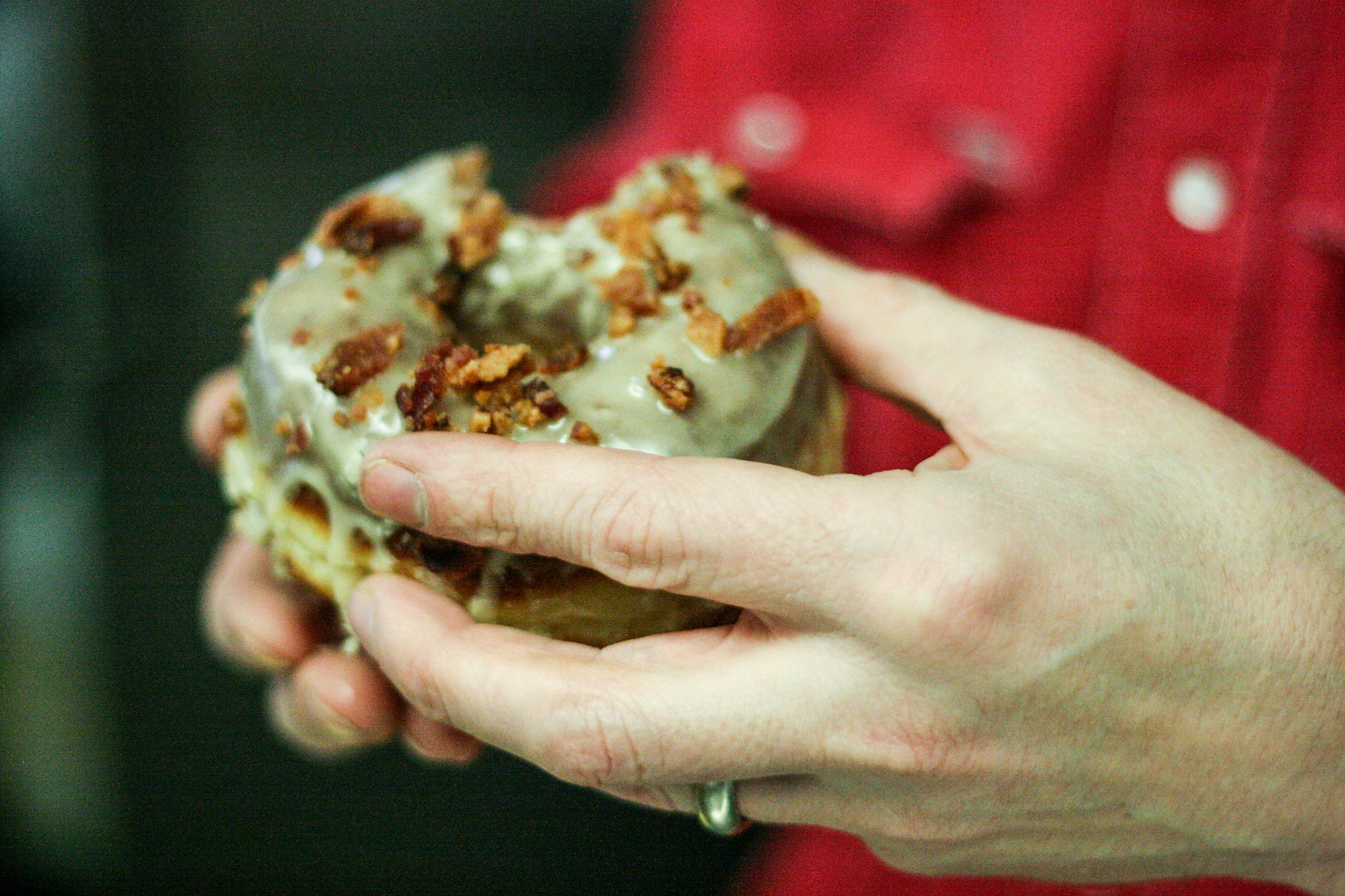