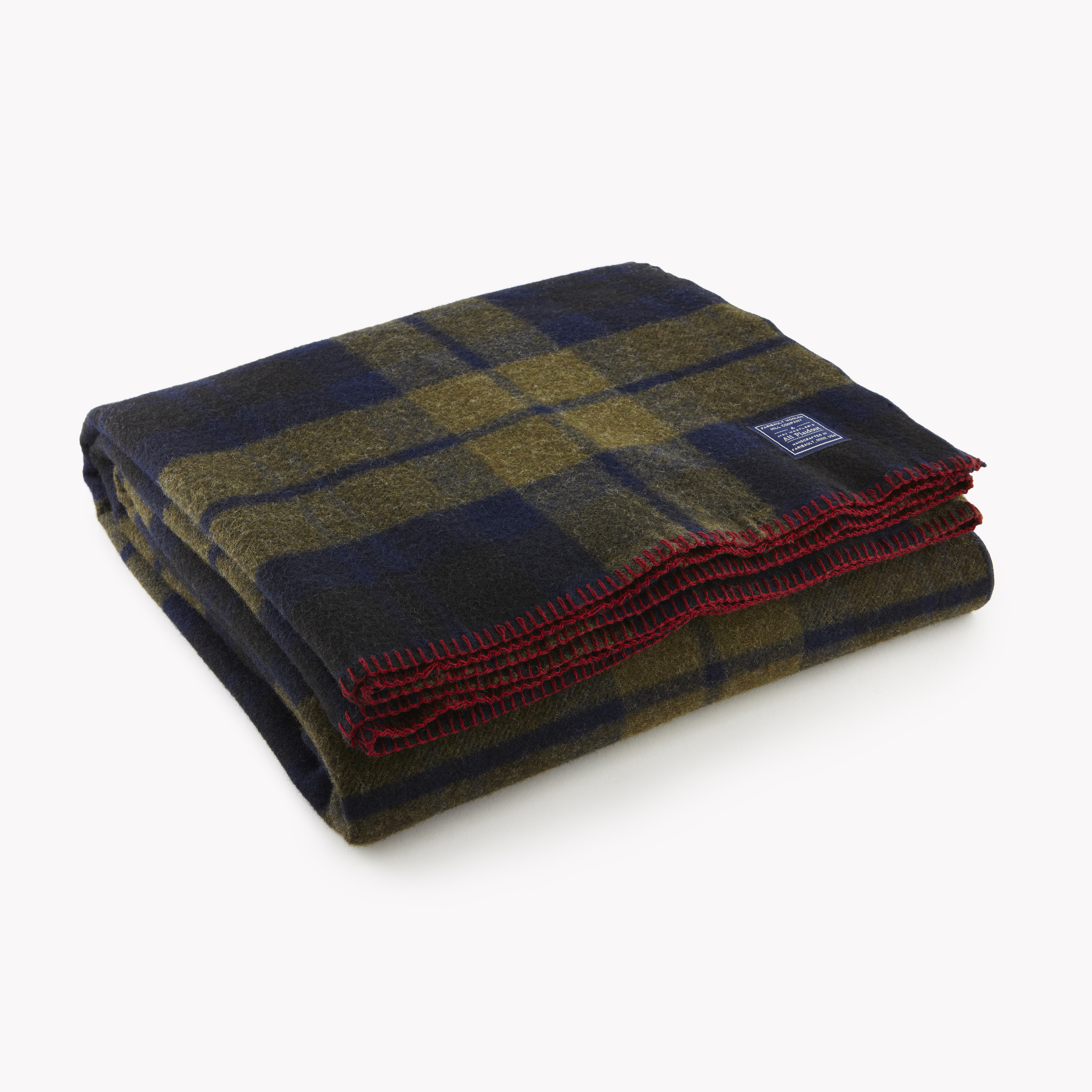 When the time came to name this All Plaidout, a blog with posts about things that are not trendy, about the stories of style over fashion, about the stories behind the clothes we wear, I turned to the rich history of a cloth pattern known as a tartan. I chose the tartan most emblematic of my style, my appreciation of history, and the one that most often showed up in my closet from as early on as I can remember, the Black Watch. 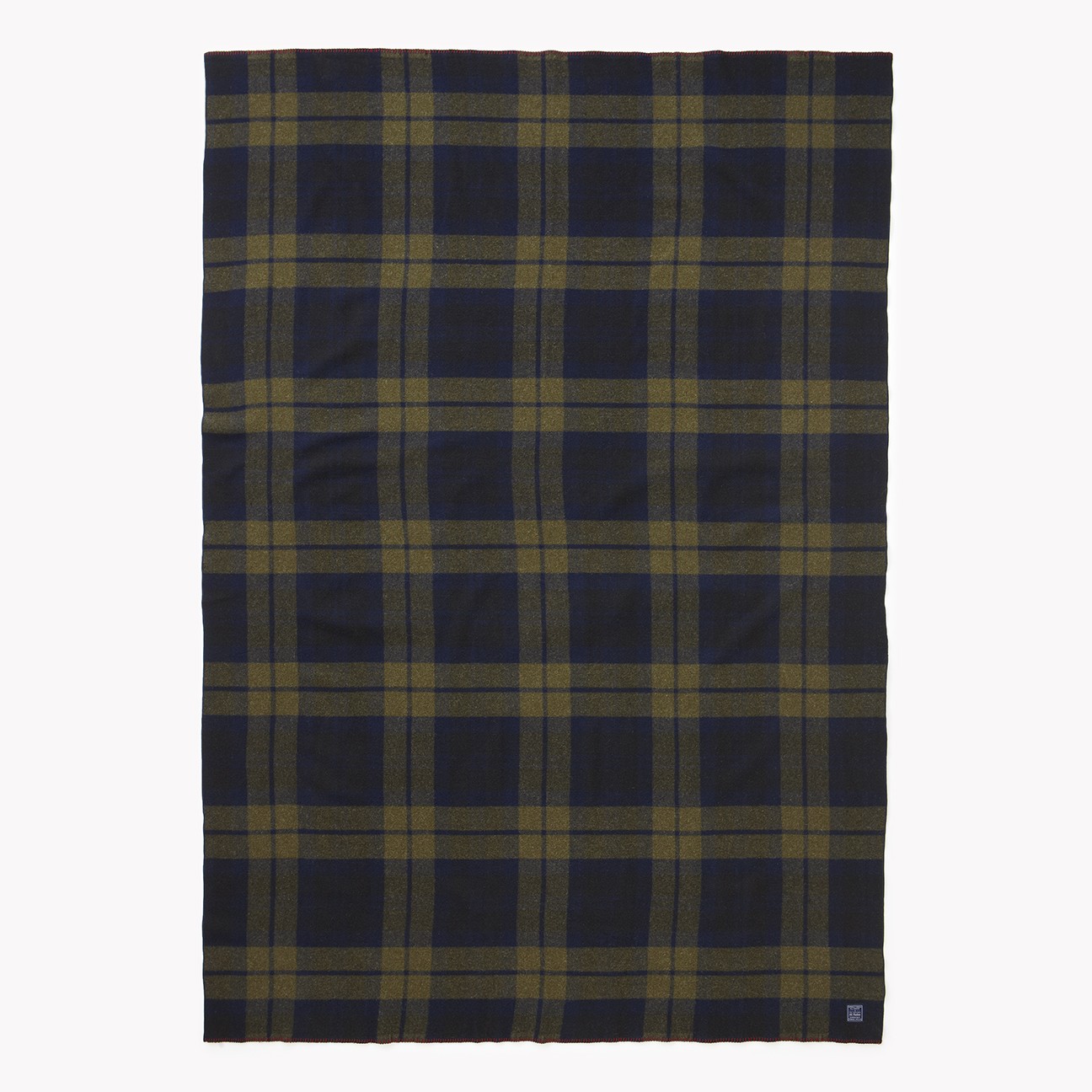 A dark, neutral tartan, it was first worn by the watchmen, highly trained members of the Scottish military who’d combined their clan’s patterns to stand as one. Owed primarily to its widely appealing aesthetic quality, it has become one of the most popular and sought after plaids.

When collaborating with John Mooty at Faribault Woolen Mill on a Black Watch plaid blanket, he offered a unique suggestion.

“Let’s ground it in the threads of the U.S. Military blankets for which we’re most well-known,” he said.

By combining the green from the U.S. Army, the blue from the U.S. Navy, and the black from the West Point Academy blankets, Faribault has created a subtly new, beautiful, and altogether American take on a pattern with a rich and wonderful history. 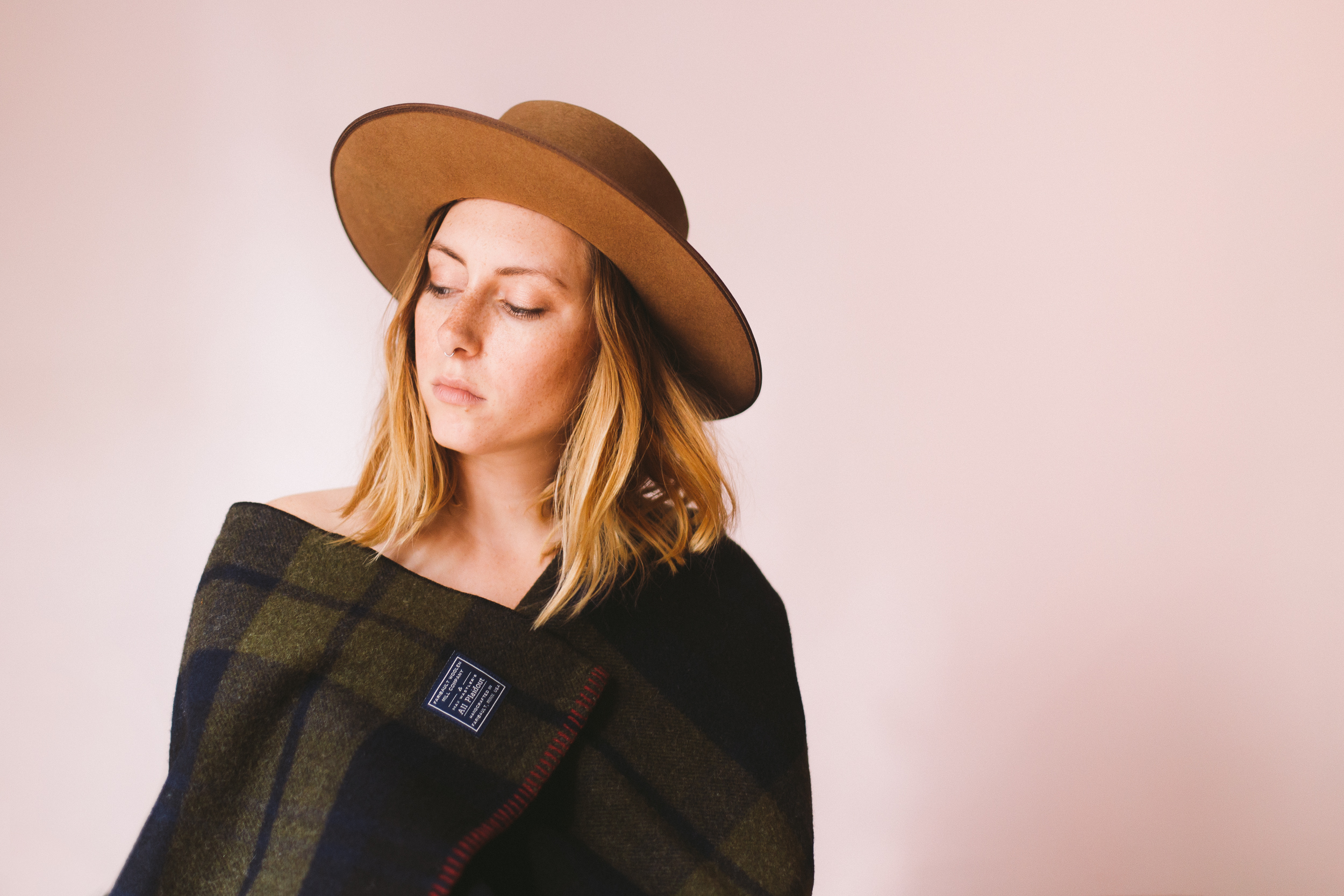 To capture the evocative nature of the fall blanket, I turned to Carolina Mariana Rodriguez, whose self-portraits fill a frame with emotion and texture, a feeling that extends far beyond a model draped in a blanket. 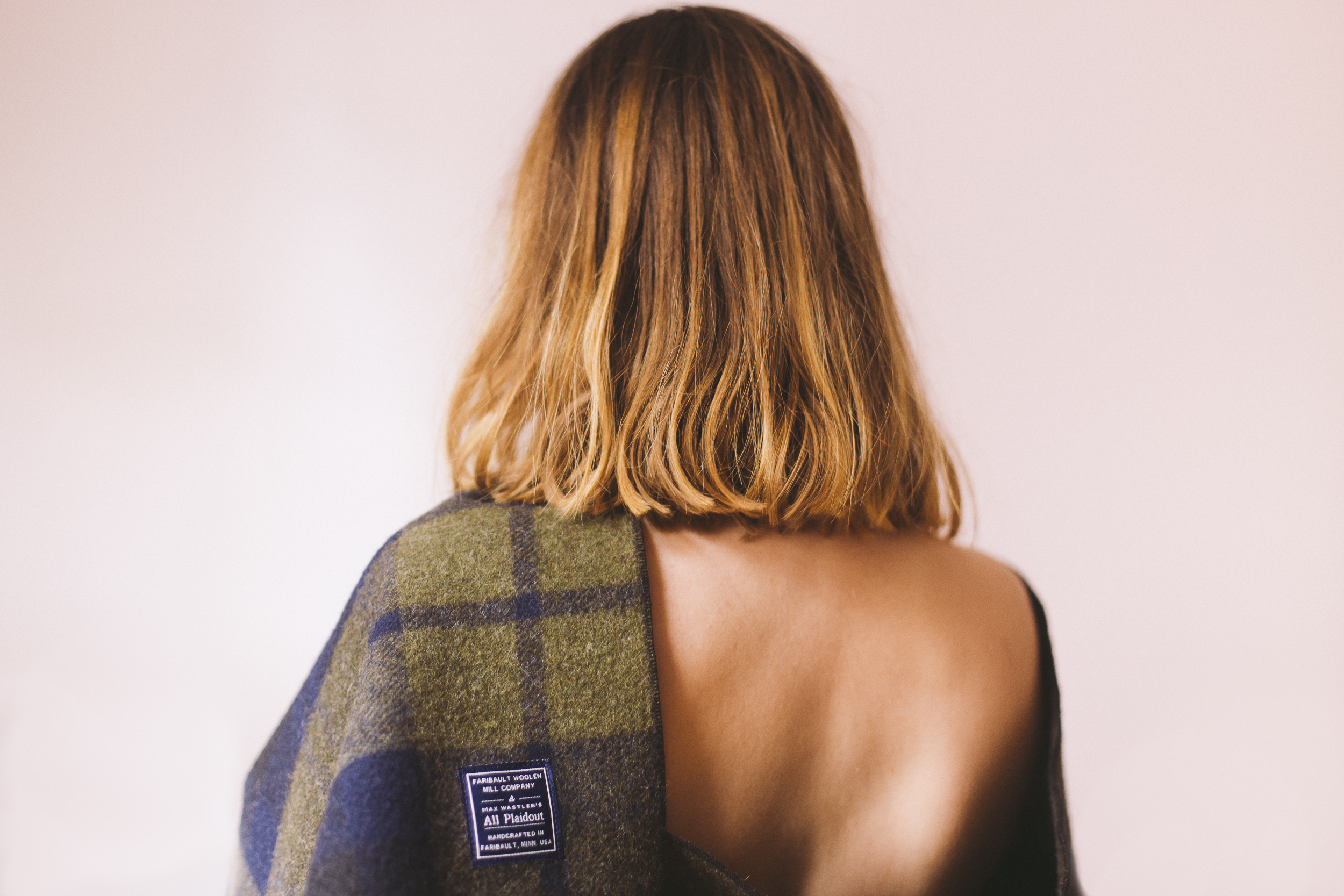 As for the blanket itself, far from those rough ones I remember wrapping myself in while sitting on the bleachers at high school football games, these thick, warm blankets are made of the same MIL-SPEC yarns as those that protect those whose job it is to protect and serve the rest of us. 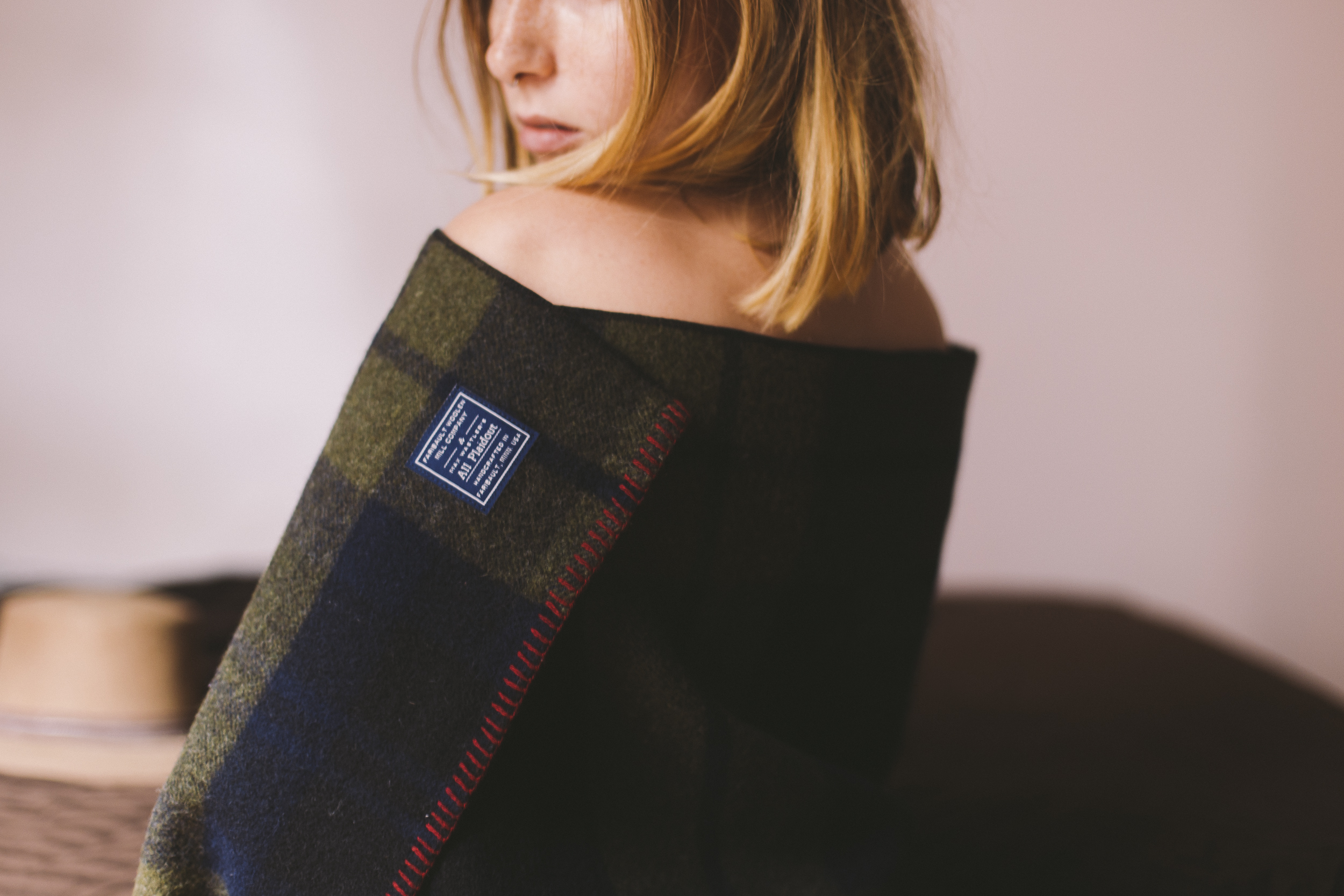 Finished with the flourish of a red-yarned whipstitch – which too nods to the various derivations in the Black Watch plaid, a red line in the pattern signified at times difference in rank or platoon – every effort has been made to ensure each blanket provides the utmost in functionality and comfort. 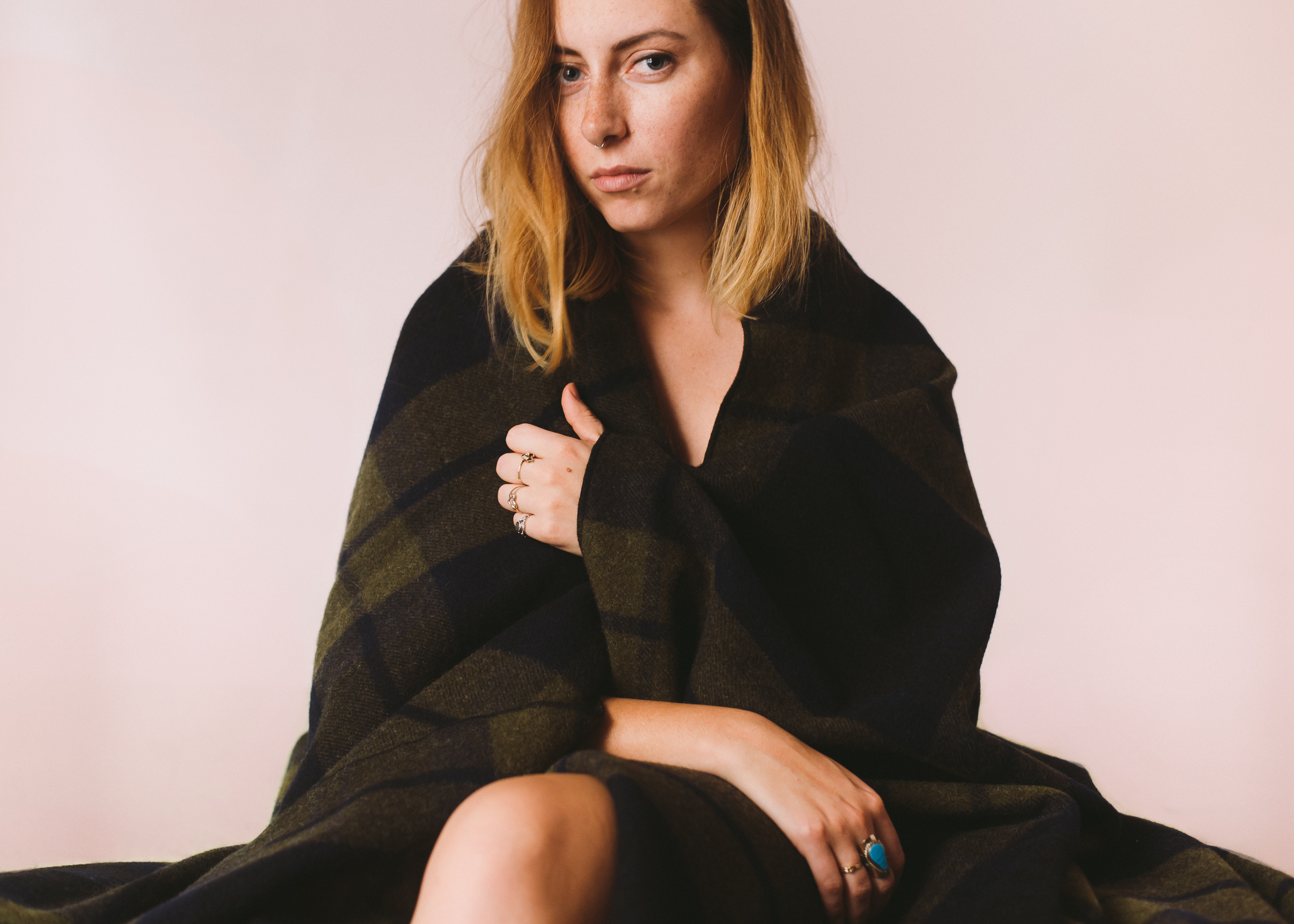 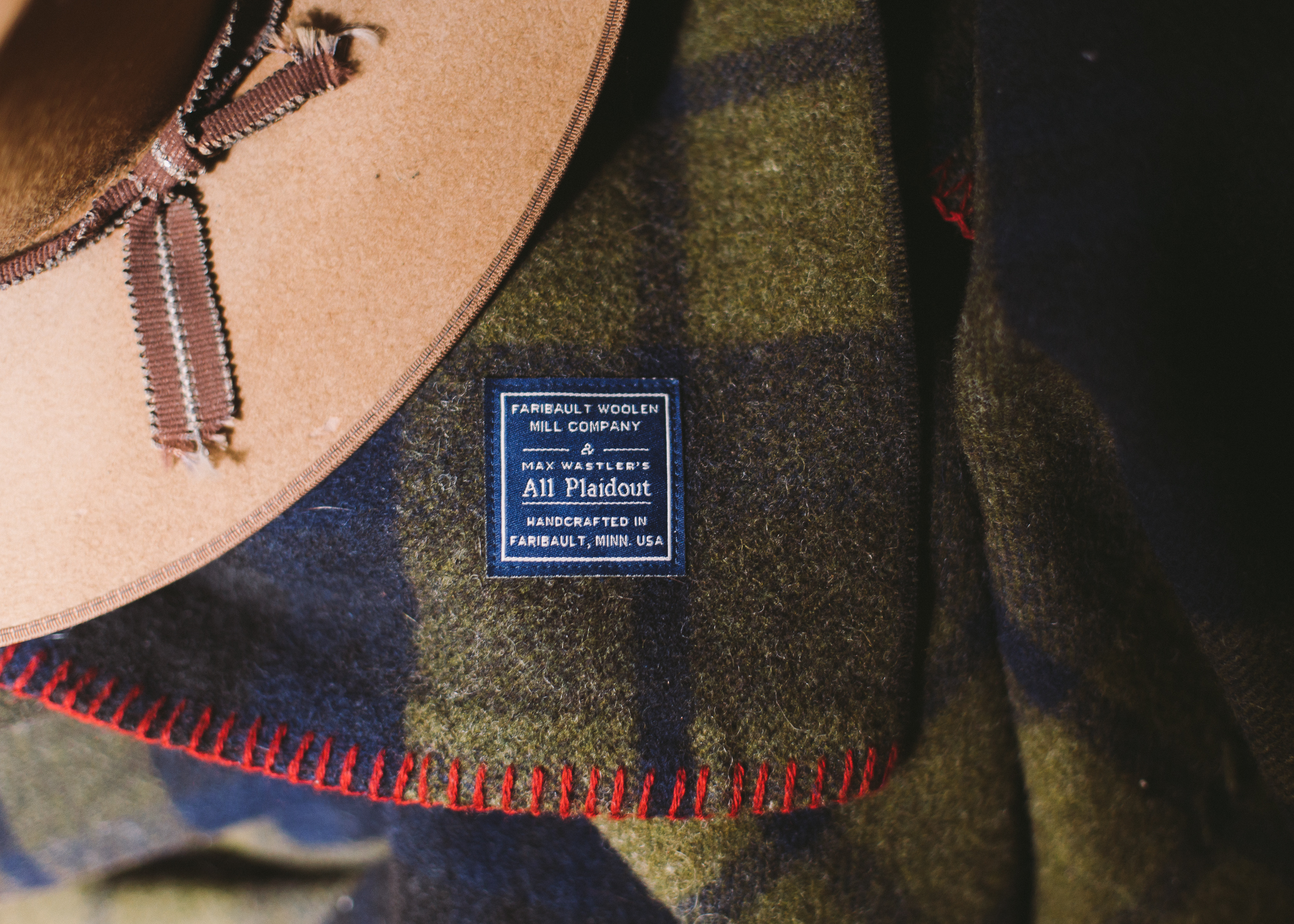 Read Laura Pearson’s piece on blankets in the Chicago Tribune, featuring this blanket. 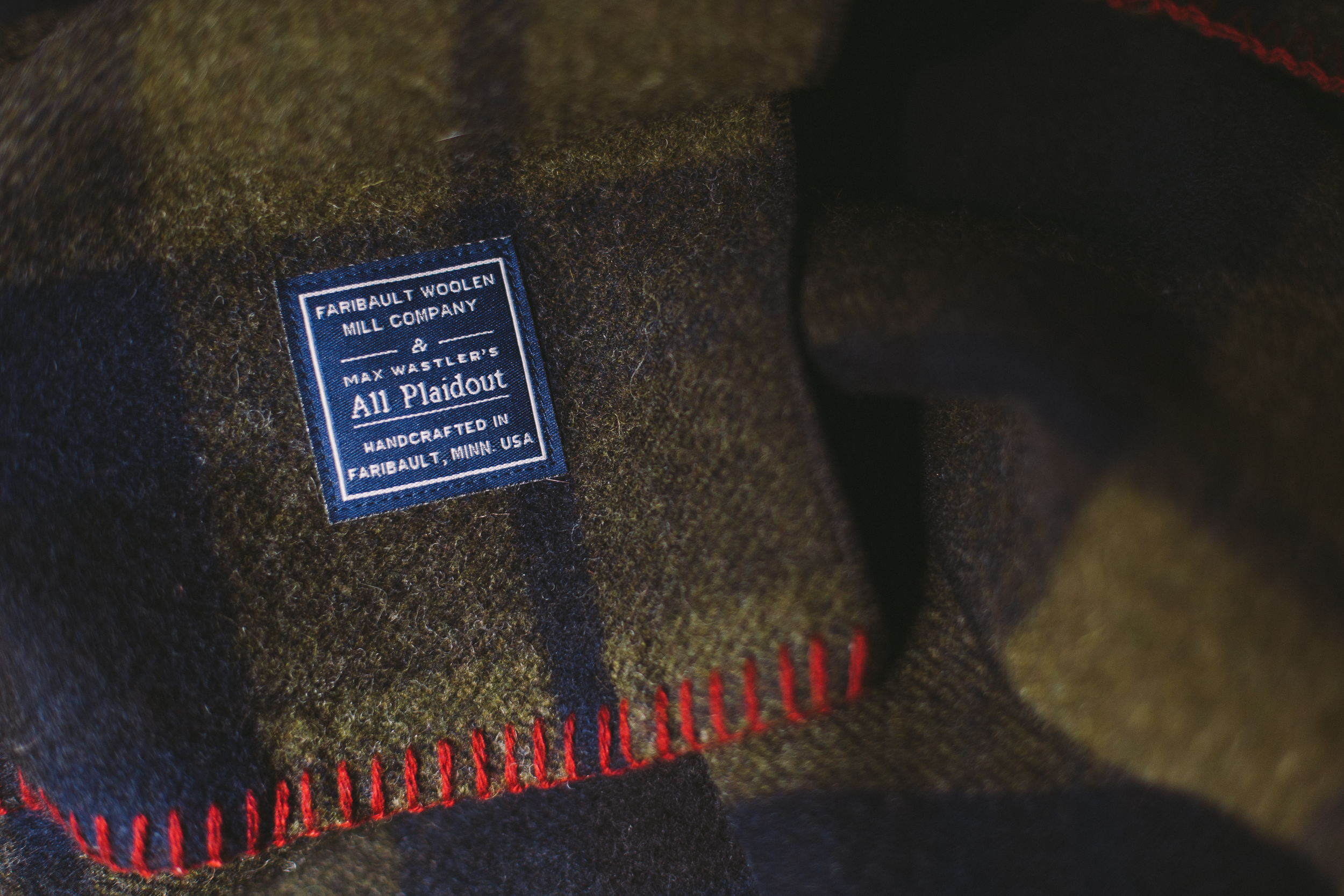 Available from these fine online retailers.*

All photos courtesy of Carolina Mariana Rodriguez and Kyle Smith.

*Ask for the “Shadow Plaid Foot Soldier” blanket with the All Plaidout label anywhere Faribault Woolen Mill products are sold.